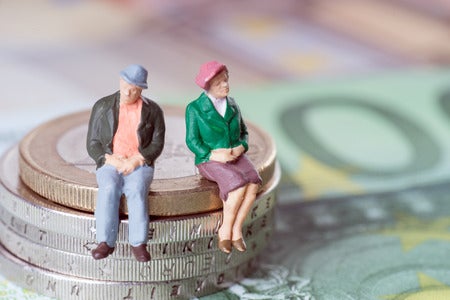 An unnamed elderly couple in Australia got lucky when they bagged the lottery once again after winning 60 years ago.

The retired man from Sterling hit the local jackpot prize of almost AUS$2 million (around $1.45 million or P76.8 million) on Saturday’s (Nov. 10) draw. The couple claimed the prize on Tuesday, Nov. 13. They first won the lottery in the 1950s.

“Lightning does strike twice,” the man said about winning the lottery again.

The couple said they learned about their win on Monday, Nov. 12 while scanning their ticket at a store called Karrinyup News, the same place where they also purchased the winning ticket. Both first thought they only got five digits out of six right.

“I was so bloody stunned to learn we had all the winning numbers that I started hugging the staff member!” the man said.

Both also said that they will share some of the winnings to their children and grandchildren.

“The money will give us more choices on how we live out our days and we can now afford to hire help or go into a retirement home that really suits us,” the man added.

And considering their age, the man noted, “Looking at our lifespan, we better spend it quick!” JB