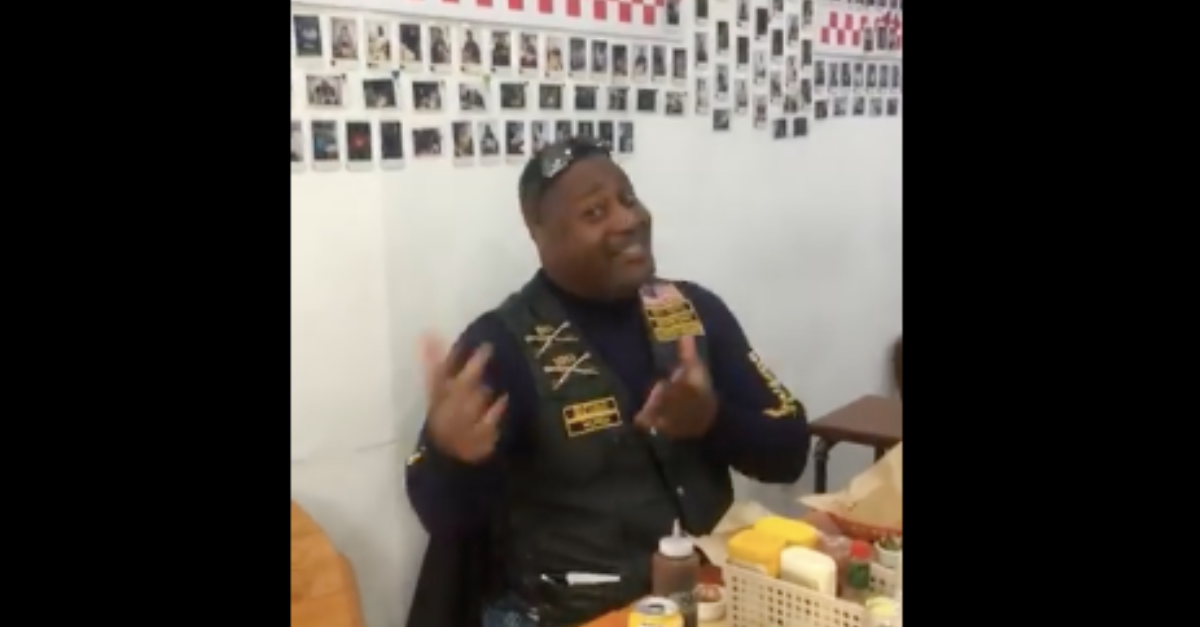 Nothing beats the happiness Filipinos overseas feel whenever they get to meet their fellow countrymen in a foreign land. But what if they chance upon a foreigner who can not only talk in fluent Filipino but sing with perfect diction in the language as well?

One netizen, CJ Ortega, shared via Facebook on Saturday, Nov. 10 three videos of an African-American enthusiastically singing along to Sam Concepcion’s “Mahal Na Mahal” and Michael Pangilinan’s “Bakit Ba Ikaw?” while dining at what appears to be a burger joint.

Ortega told INQUIRER.net that the man in the video is named Estephan Coleman and that he works in the United States Army. The video was taken on Friday, Nov. 9 at “Juicy Burger”, a burger house in Pyeongtaek, South Korea.

The uploader revealed that Coleman loves to sing and personally listens to Filipino songs. She also divulged that the African-American is fluent in the Filipino language.

Coleman apparently learned the language from his Filipino friends. He also always goes back and forth in the Philippines — in fact, Coleman will return once more in the country on Nov. 28.

Of course, Filipinos took to the comments sections of the post to express their happiness for Coleman’s ability to sing and interpret the Filipino songs.

Meanwhile, one commenter quipped that Ortega should have let Coleman finish his meal before letting him sing.

Others made use of the comments section to raise the point that their fellow Filipinos sometimes “forget” their national language after learning the English language.

Some lamented the fact that while there are foreigners like Coleman who profess their love for the Filipino language, the Supreme Court recently ruled the exclusion of said language as well as Panitikan (Philippine Literature) from the core subjects in college.

(Meanwhile, in the Philippines, our great legislators want to remove the Filipino subject in college. It is a slap in the face to know that foreigners love the Filipino language more than Filipinos.) JB