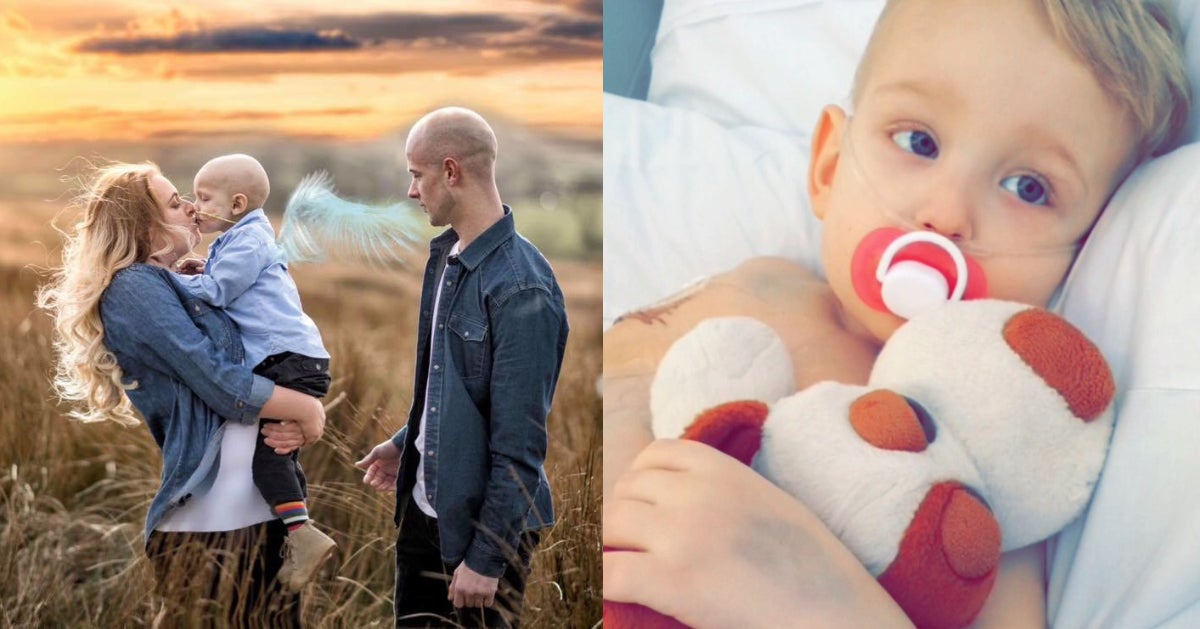 A 5-year-old child named Charlie Procter from the United Kingdom has sadly passed away after battling a rare form of cancer since 2016.

His mother, Amber Schofield broke the tragic news on the Facebook page Charlie’s Chapter in the early hours of Nov. 11. She said that her son died in her arms, with his dad Ben Procter’s arms wrapped around them at 11:14 p.m. on Nov. 10, Saturday.

“You have been not only our biggest inspiration but you have been an inspiration to thousands of people all over the world,” she wrote in a tribute to him. “You showed me what love really means Charlie. Now it’s time to fly, I am so, so proud of you. You fought this so hard.”

Hours before he died on Nov. 10, Charlie’s mother made a heartbreaking post about her son’s emaciated state.

“He no longer looks like Charlie. He’s so thin, I can see and feel every bone in his tiny body, his sunken face, his rolling eyes,” she said, sharing a black and white picture of her gaunt child, a far cry from how he looked with his full cheeks and bright blue eyes.

“I want [everyone] to remember how he looked, how cheeky he was, how hilarious, how grumpy he was because right now Charlie isn’t any of those. He’s sad, he’s tired, he’s fed up and depressed,” she said.

She recounted that he had been agitated all day and constantly asked to be moved to different spots such as the sofa, the bed or a beanbag.

“‘Mummy, I’m so sorry for this,’” she recalled him saying. “He was sorry because he wanted to move again and he felt he had to apologize for that?”

“My heart broke! No child should feel the emotions Charlie is feeling,” she said.

“How can I miss him so much when he’s [right] beside me?” she said. “But I do. I miss him. I miss just having a chat, a cuddle that doesn’t cause pain.”

Charlie was diagnosed with hepatoblastoma stage IV in February 2016. Hepatoblastoma is a rare cancerous tumor that begins in the liver and mainly affects children below 3 years old.

Tests showed that the tumors had spread throughout his liver and up to both his lungs, according to his GoFundMe page. Doctors recommended that he undergo chemotherapy to clear the cancerous tumors before he could get a liver transplant.

Unfortunately, when he finished the chemotherapy in July, the tumors remained. It was not advised that he undergo lung surgery. From a 60 to 90 percent chance of survival in the beginning, his survival rate dropped to as low as 20 percent.

Charlie was then put on a less aggressive form of chemotherapy to slow the growth of tumors. Doctors still did not recommend a liver transplant or lung surgery because of the tumors. Charlie’s parents then consulted an American doctor who said that surgery was possible. They had hoped to fly their son to Cincinnati last year.

However, two months ago, Charlie’s condition had deteriorated rapidly and his parents were losing hope as a liver transplant would cost $1.1 million. Last month, Schofield said on the fundraising page that his cancer had metastasized to his liver and lungs and that he had two weeks to live.

He is survived by his parents and a younger sister. JB