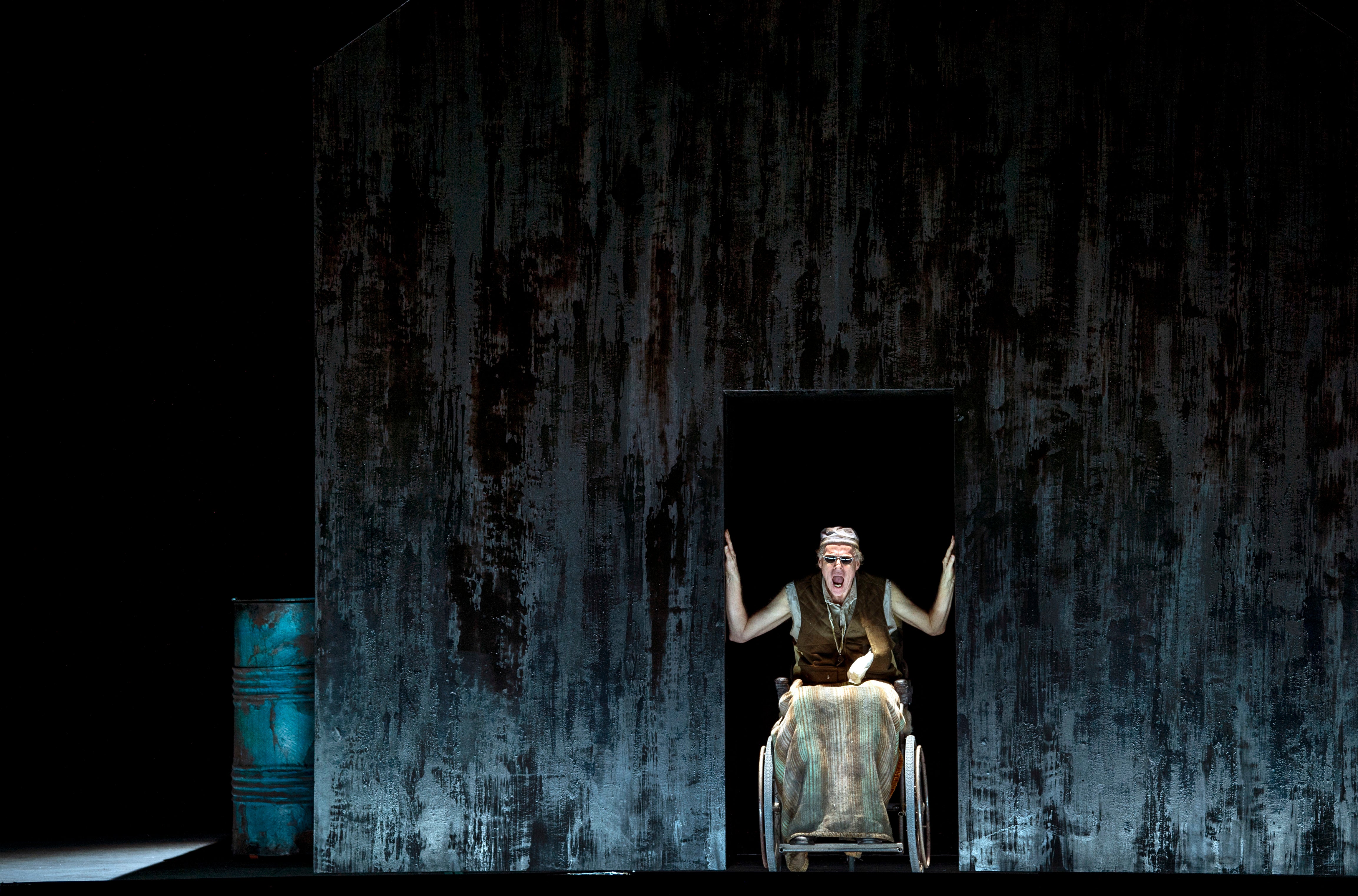 In this photo taken on Nov. 11, 2018, Frode Olsen performs during rehearsals of Gyoergy Kurtag's opera 'Fin de Partie' at the Milan La Scala opera house, Italy. The long-awaited premiere of composer Georgy Kurtag's first-ever opera at Milan's La Scala opera house, based on a Beckett play, ''Fin de Partie'' is being billed as the most important opera premiere of the last 50 years and it is scheduled to go on stage Thursday, Nov. 15, 2018. Image: Ruth Walz via AP

MILAN (AP) — Hungarian composer Gyorgy Kurtag’s long-awaited, first-ever opera was hailed as “astonishing” and “a masterpiece” as it made its debut Thursday at the famed La Scala opera house, winning eight minutes of applause.

Hungarian Prime Minister Viktor Orban was in the royal box for premiere of “Fin de Partie”, which is based on the play by Samuel Beckett.

“This is the first time that a Hungarian opera is being premiered at the Scala,” Orban said in a message on Facebook. “This is where we need to be. This is the most important event for Hungarians today.”

“Astonishing,” Orban commented to reporters as he left the theater.

Considered by many to be the greatest living composer, Kurtag, 92, spent nearly eight years writing the musical score for “Fin de Partie”, putting to music about two-thirds of Beckett’s original text.

Kurtag saw the Paris debut of Beckett’s “Fin de Partie” in 1957 and he spent years studying the play, which examines the interactions of four people, three of them invalids, who grapple with solitude even as they share a cramped space. The composer told reporters in Budapest last month that to adapt the text, he “chose little scenes from it,” working from the volume he bought more than 60 years ago in Paris.

La Scala’s general manager, Alexander Pereira, had been waiting since his days at the Zurich Opera House and then the Salzburg Festival to stage Kurtag’s operatic debut. “Fin de Partie” was on more than one La Scala calendar before it finally materialized.

Backstage, Pereira said it was the most important opera in the last 30 years, likening it to works by Benjamin Britten. “It’s a masterpiece,” he said.

“It came out as a very strong piece. It is a piece that tells you a lot about silence. About movement in the silence. About, of course, about destiny,” Pereira said.

But Pereira said the audience’s attentive silence during the two-hour performance without intermissions was “the best compliment the Milan audience could make.”

Long-time La Scala opera-goer Marco Mazzoleni said he usually goes abroad to see modern operas. “It was nice to see it in Milan. I think it managed to get both the irony and drama of Beckett. It was enjoyable from a musical point of view,” he said. “I hope they do more.”

Beckett’s nephew, Edward, was in the audience, but said it was too soon to comment on the work.

Kurtag himself couldn’t make the debut and listened to the performance live at home in Budapest with his wife and collaborator, Marta.

“I have to call him and see what he says,” Pereira said. CC

Star soprano warns of rampant body-shaming in the opera world