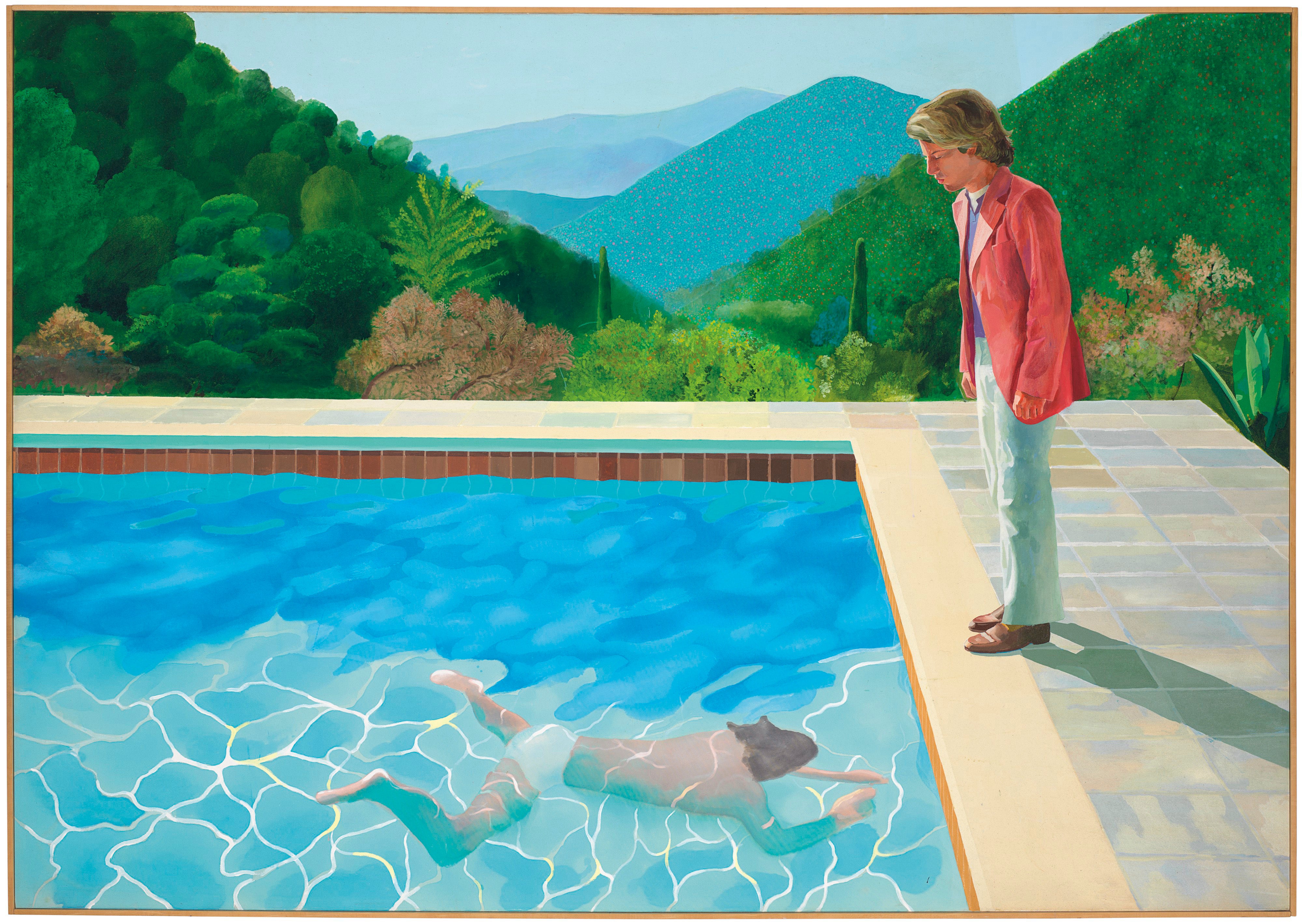 NEW YORK (AP) — A painting by the British artist David Hockney fetched $90.3 million at Christie’s on Thursday night, easily breaking the record for a work by a living artist sold at auction.

Among his famous “pool paintings,” ”Portrait of an Artist (Pool with Two Figures)” is considered one of his premier works. The previous record by a living artist was set by Jeff Koons’ “Balloon Dog”, which sold for $58.4 million in 2013.

The 1972 painting by Hockney, now 81, is “the holy grail of his paintings, from both the historical and the market perspectives,” Alex Rotter, co-chairman of post-war and contemporary art at Christie’s, said in September. He noted that it reflects both the European and the American perspectives of an artist who came to live in sunny California in the ’60s, and saw himself as living on both continents.

“It has all the elements that you would want in a Hockney painting,” Rotter said in an interview. He noted that writers have referred to the swimming pool as being sort of a self-portrait of Hockney, though he never confirmed that, just saying he was fascinated to paint moving water.

The painting, whose buyer was not immediately revealed, had been long held by a private collector.

A depiction of two men — one swimming the breaststroke underwater, the other standing by the pool looking down — the painting was originally inspired, according to background provided by Christie’s, by two photographs Hockney found juxtaposed on his studio floor, one of a swimmer in Hollywood in 1966, and another of a boy staring at something on the ground.

The rocky landscape is in southern France, and the standing figure is said to represent Peter Schlesinger, whom the artist met in 1966, when the younger man was a student in one of Hockney’s art classes at UCLA. For the next five years, according to Christie’s, he was both “the great love of Hockney’s life” and one of his favorite models.

The relationship ended in 1971. Hockney had already begun the painting and he abandoned it, starting again the following year. CC

BenCab’s retrospective: ‘There are a lot of speculators… They think of me as money’