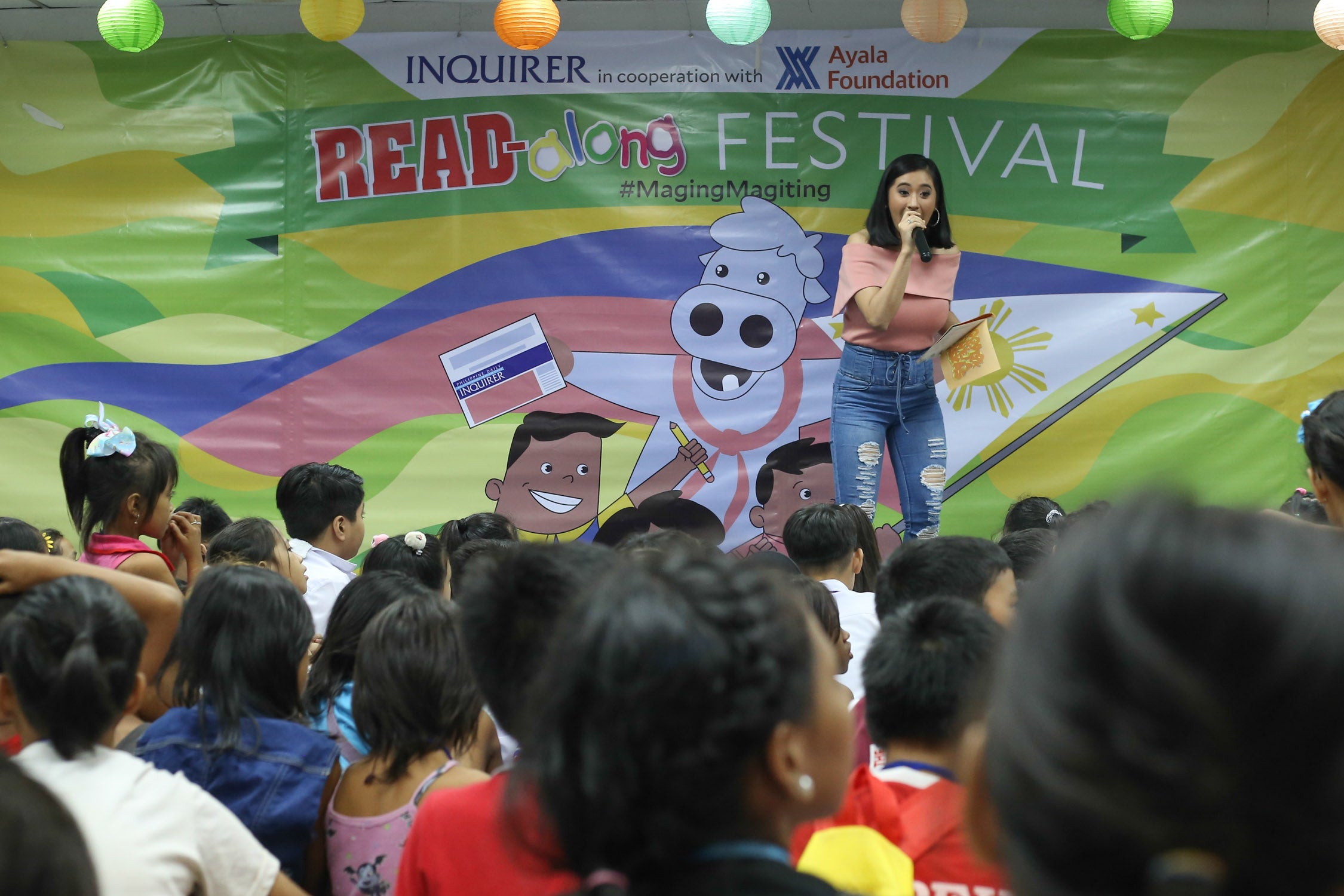 GMA 7 actress Marika Sasaki reads “Si Inggolok at ang Planetang Pakaskas,” about an individual who lives in an edible planet that is slowly deteriorating because of abuse and gluttony. INQUIRER photo / Earvin Perias

Kids told: Stand up to bullies, protect the environment

Stories of courage and strength were featured in the afternoon session of the first day of the Inquirer Read-Along Festival on Friday at the Inquirer main office.

Co-presented by Ayala Foundation, the two-day annual event featured the theme “#MagingMagiting,” in support of the foundation’s campaign of love for country through small acts of heroism by every Filipino.

GMA 7 actress Marika Sasaki, a returning storyteller, read to some 160 kids “Si Inggolok at ang Planetang Pakaskas” by Rene Villanueva. The story is about an individual who lives in an edible planet that is slowly deteriorating because of abuse and gluttony.

The story, Sasaki said, would serve as an eye-opener for the kids because it reflects issues the planet Earth is facing such as global warming.

“Simple acts of caring for the environment, such as proper disposal of waste, could save our planet from further destruction,” Sasaki said.

Professional storyteller Dyali Justo of Adarna House read Edwin Estioko’s “Little David’s Big Faith,” which is about the bravery and faith of a boy named David to take on the giant soldier Goliath.

Cel Amores, Ayala Foundation’s Senior Director for Corporate Communications, read Christine Bellen’s “Filemon Mamon,” which tells the story of a boy who struggles about bullying and his own weight problem.

Amores said education is one of the pillar programs of the foundation and that reading molds a child to make him a productive member of society.

“The Inquirer Read-Along is a very effective tool to build confidence and to inspire a sense of community among kids,” Amores said.

“We’re happy that the Inquirer Read-Along adopted our “#MagingMagiting” campaign because we know how powerful Read-Along is and how it has touched a lot of children’s lives,” Amores said.