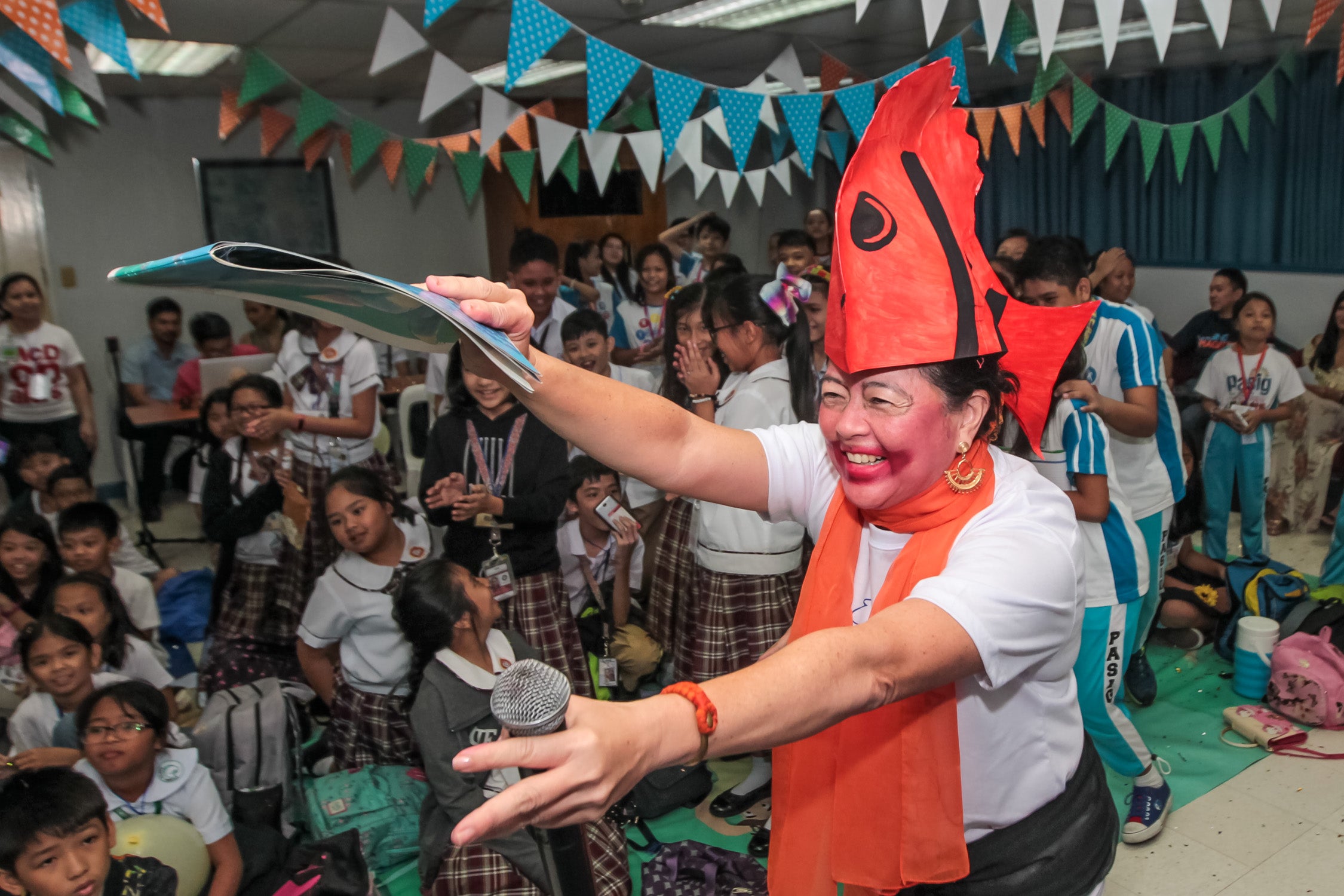 With courage and unity, we can prevail amid trying times and persecution.

This was the message of Philippine Daily Inquirer President and CEO Alexandra Prieto-Romualdez to over 150 kids during the first day of the 8th Inquirer Read-Along Festival held at Inquirer office in Makati on Friday morning.

“What might be a common suppression of our courage is the feeling of helplessness, the feeling that our challenges are just so big…that you can’t do anything. It’s wonderful to hear the kids say that together we’ll be able to do it,” Romualdez said.

Co-presented by Ayala Foundation, the two-day annual event featured the theme “#MagingMagiting,” in support to the foundation’s campaign of love for country through honoring acts of heroism by every Filipino.

Donned in a fish props and costume, Romualdez retold the story “Sina Linggit Laban Kay Barakuda” by Rene Villanueva. It tells how the school of small fish fought back against their predator.

Romualdez said Linggit’s story is a reminder that making a difference starts from simple acts and that in the face of big challenges, together is better.

Showing love for the country starts with understanding it and reading is one way people, especially the youth, can learn on what they should value as citizens of this country, Maranan said.

“If as early as possible our youth will be equipped with the right references, with the right materials, with the truth, that will be their solid foundation to be able not only to love our country but to really serve and become models for the rest,” he said.

Veteran storyteller Rich Rodriguez from Ang Pinoy Storytellers read “Ang Binibining Tumalo sa Mahal na Hari,” a retelling by Christine Bellen from the “Lola Basyang” story series. It tells how the maiden outwits the king who challenges her to see if she deserved to be married with his son.

Maranan led a simple turnover of Philippine flags to the teachers from attending schools as part of the Maging Magiting campaign.

Attendees also get an immersive experience of historical events through Ayala Museum’s 360 Virtual Reality videos that featured Jose Rizal’s execution and the events surrounding the feud between Andres Bonifacio and Emilio Aguinaldo.