Taiwan's islets of green proof of its commitment to environmental protection

Its white-sand coasts and majestic basaltic formations are touched mostly only by sunlight and the break of waves, away from the oft-destructive hand of humans.

But for all its private beauty, Penghu, a coastal paradise 260 kilometers away from Taipei’s manic urban hubbub and legendary night markets, belongs to a not-so-discreet list of the “Most Beautiful Bays in the World (MBBW).”

It joins, among others, the Philippines’ own Puerto Galera Bay in Oriental Mindoro province.

But the title, endowed by international private organization MBBW only to 42 other scenic bays in 25 countries, is no mere vanity plate.

They are exemplars rather of the best practices on sustainable environmental tourism and preservation of marine life amid the escalating threat of climate change and pollution.

Its strength, says Penghu County governor Kuang Fu-chen, is its tight-knit community of locals who have taken it upon themselves to preserve the archipelago.

But local efforts may not be enough. Penghu contends with a far different and stronger enemy than selfie-obsessed crowds: the ocean currents from pollution-laden China and the Philippines, among others.

Its unique problem, therefore, has made it a poster boy for the need for seismic shifts in environmental policy at the global level.

Penghu is home to at least 100,000 people caught in a delicate balancing act of two vital, yet opposing, forces: fishing and its booming tourism.

At least 90 islands make up Penghu, an hourlong flight from Taipei to its capital city Magong. Nineteen are inhabited while the rest are untouched sanctuaries for marine life.

Its basaltic landscapes and seaside rock formations, formed by waves and winds and workers’ hands, carry “the long history of Penghu residents’ activities and their heritage,” he said.

These include the Twin-Hearts Stone Weir on Qimeiyu island—a well-preserved ancient fishing trap forming a flying heart near the coastline.

It’s widely considered as one of Penghu’s most romantic spots especially during sunset. 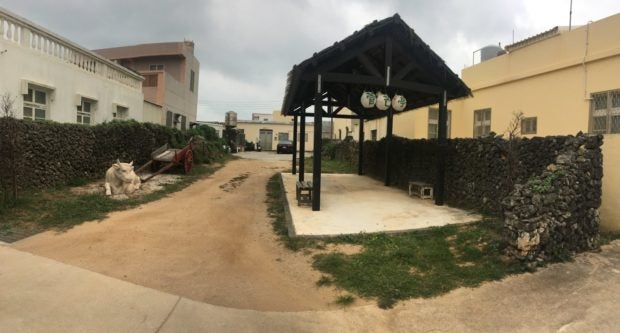 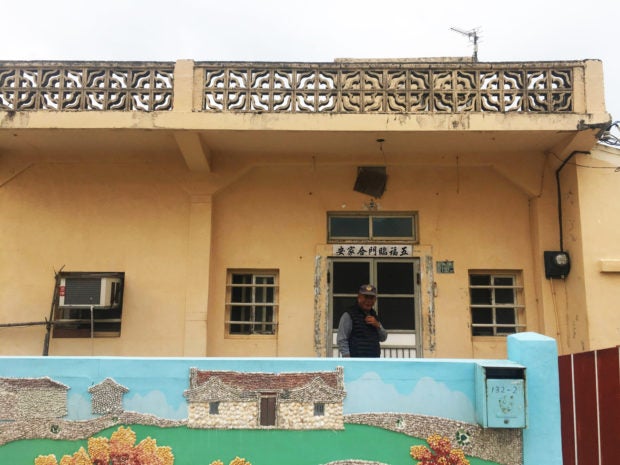 Penghu is also a storied archipelago that served as one of Formosa’s best defense strongholds from the Ming dynasty in the 1600s, to the Japanese occupation in the 19th century.

Remnants of its war-torn past still exist on Xiyu Island, where several forts, including the Yumengdao Lighthouse, dot the former military stronghold.

“Penghu is like a natural biology textbook,” said President Tsai Ing-wen in a speech, “that allows travelers to experience the ocean and the life within it.”

Because it is completely waterlocked, Ma said, its otherwise-immaculate coastlines are often contaminated by seadrift blight.

Its picturesque Jibei sand peninsula and Longmen beaches, for example, often net at least 10 metric tons of plastic waste waded onto their coastlines from neighboring countries.

Most of these are PET bottles identified as Chinese-made, while the other half come from other Southeast Asian countries like Thailand, the Philippines and Indonesia.

All in all, Penghu residents often clear 3.83 million tons of garbage a year from its coasts.

“It’s almost as if Penghu is a stopover for waste,” Ma lamented. “[It’s] become a cemetery for garbage.”

As such, the county engages its residents in regular coastal cleanups. Residents bent over in the baking heat of the sun are an ubiquitous image across Penghu: dutifully clearing the coasts of plastic and driftwood brought in by the ocean currents.

Students are even required by law to visit natural landscapes to learn more about the importance of environmental education, says Jiun.

Thanks to these efforts, Tsai said, Penghu “has maintained their culture, history and way of life…which has contributed a great deal to Taiwan’s goal of sustainable development.”

She hoped that “friends from other countries take advantage of this opportunity and get a sense of Taiwan’s hard work.”

Setting foot in Penghu Islands, a sunny, coastal community off the west coast of mainland Taipei, feels like stepping into an anachronism.

In Magong City, five-star hotels and malls stand grand across the marina where thousands of polished ships and yachts are berthed.

But drive deeper away from the hub and the cars and pedestrians dwindle to nil. The landscape turns from urban modernity to ornate red-and-gold temples, Japanese classical homes, and former military outposts, until the roads end out to the blue ocean and thousands-year old basalt landscapes.

Home to only 100,000 people, Penghu is a well-preserved sanctuary not just of its rich marine life but also Taiwan’s most storied traditions and customs.

But like most island-communities across the globe, Penghu—considered among “The Most Beautiful Bays in the World (MBBW)”—is  threatened by climate change and uncurbed pollution.

As climate change morphs into a politically charged issue, Taiwan is intent on setting an example for responsible environmentalism with Penghu. This despite being squeezed out of the global stage by China, the world’s top pollutant.

Penghu’s stakes in the climate debate is exemplified in its oldest villages each populated by barely a thousand: Nanliao and Beiliao.

Only 500 people live in Nanliao, one of Taipei’s oldest farming communities.

Its coral walls perfectly preserved its ancient rural architecture and best illustrate how closely tied Penghu’s villages are to the ocean.

Its indelible ties to the ocean has made Penghu more committed to managing marine pollution and ecosustainability, said Governor Kuang Fu-chen.

The county has put in place several policies to help preserve the island.

Such efforts are important to attract more tourists to the island and drive its local economy, Kuang said.

In its active pursuit of sustainability, Taipei provides a contrast to Beijing, the world’s top pollutant.

What makes the effort even more impressive is that Taipei is not even a member of the United Nations of which Beijing is a veto power.

Taiwan, a democratic state of 23 million, is being isolated by China as it pushes for independence. Beijing insists that Taipei is part of its sovereignty under its “One China” policy.

“Our determination to engage with the world and strengthen Taiwan’s global contributions has never faltered,” President Tsai Ing-wen told Penghu’s residents in a speech.

“Even though Taiwan is not a member of the UN, we continue to work hard and seek opportunities to cooperate with the UN’s (17) sustainable development goals,” she added.

But Penghu’s efforts must also be reciprocated at the global level for any of their initiatives to stick, said Ma Chin-tsu, Penghu’s environmental protection bureau director general.

This means engaging the governments whose debris regularly end up on their coasts to manage their wastes.

A study by Ma showed that pollution from China, Thailand, Indonesia and the Philippines end up on Penghu’s otherwise-immaculate coasts thanks to winds and currents.

“The ocean is Penghu’s lifeline, the mother of its people,” Ma said. “The governments and people must work together to keep Penghu a beautiful place.” /asu