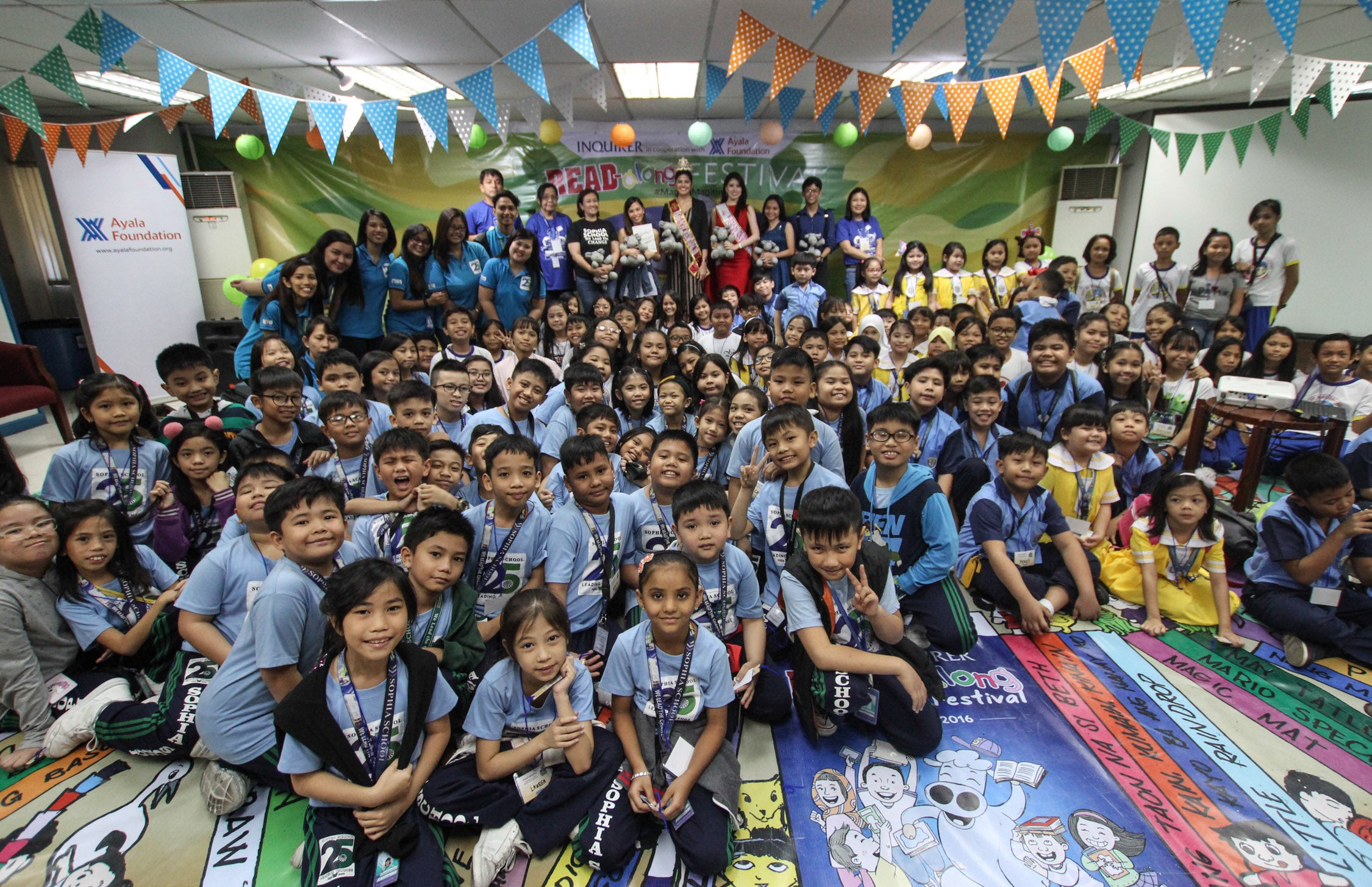 When you have faith in yourself and in others, great things might just happen.

This was one of the lessons picked up by some 100 kids during the morning session of the second day of the Inquirer Read-Along festival on Saturday at the Inquirer main office in Makati.

Co-presented by Ayala Foundation, the two-day annual event featured the theme “#MagingMagiting,” in support of the foundation’s campaign of love for country through small acts of heroism by every Filipino.

Sophia School principal Ann Abacan opened the session and read Becky Bravo’s “Ang Tandang sa Araw,” which tells of why roosters just crow and not fly like other birds.

Miss Asia Pacific International 2018 Sharifa Akeel and Mutya ng Pilipinas 2018 first runner-up Mary Justine Teng read together “Si Inggolok at ang Planeta Pakaskas” by Rene Villanueva. It is a story about saving an edible planet that is slowly deteriorating because of abuse and gluttony.

After the storytelling, Akeel and Teng also entertained the children’s questions about their journey during the pageant and gave inspirational messages about being brave to reach your dreams.

A teacher in Sultan Kudarat by profession, Akeel said she had many experiences reading to children.

“The only difference now is that it’s not in the school. But the experience is still the same. The kids were so energetic and interesting,” Akeel said.

“I’m so happy to see the kids learn from the story and it really nourished their minds. I see in them that there is hope for a bright future because they are willing to learn and willing to give their opinions and ideas. Their eagerness show that they are ready to face the future.”

In terms of being brave, Akeel advised the children not to give up. “Just study well and work hard to achieve your goals,” she said.

Teng described the experience as “heartwarming.”

“As soon as we entered the room, the children complimented us. It’s so nice to see the kids and I felt very touched because people are happy to see us and have our presence and allow us to share a story with them that they can learn from,” Teng said.

Teng said she hoped that the children learn how to care about our environment.

“It’s nice that adults like us support the children in their knowledge on how to protect the environment. This was really a very nice activity,” Teng added.

Precillas said she was touched by an answer of one of the kids at the session that the first thing he would save in times of conflict would be his family.

For Precillas, being courageous is believing in yourself and fighting for your dreams and goals.

“If you have faith in yourself, you will be able to share it to other people, especially to the young ones, and you will get one step closer to your goals,” Precillas said.