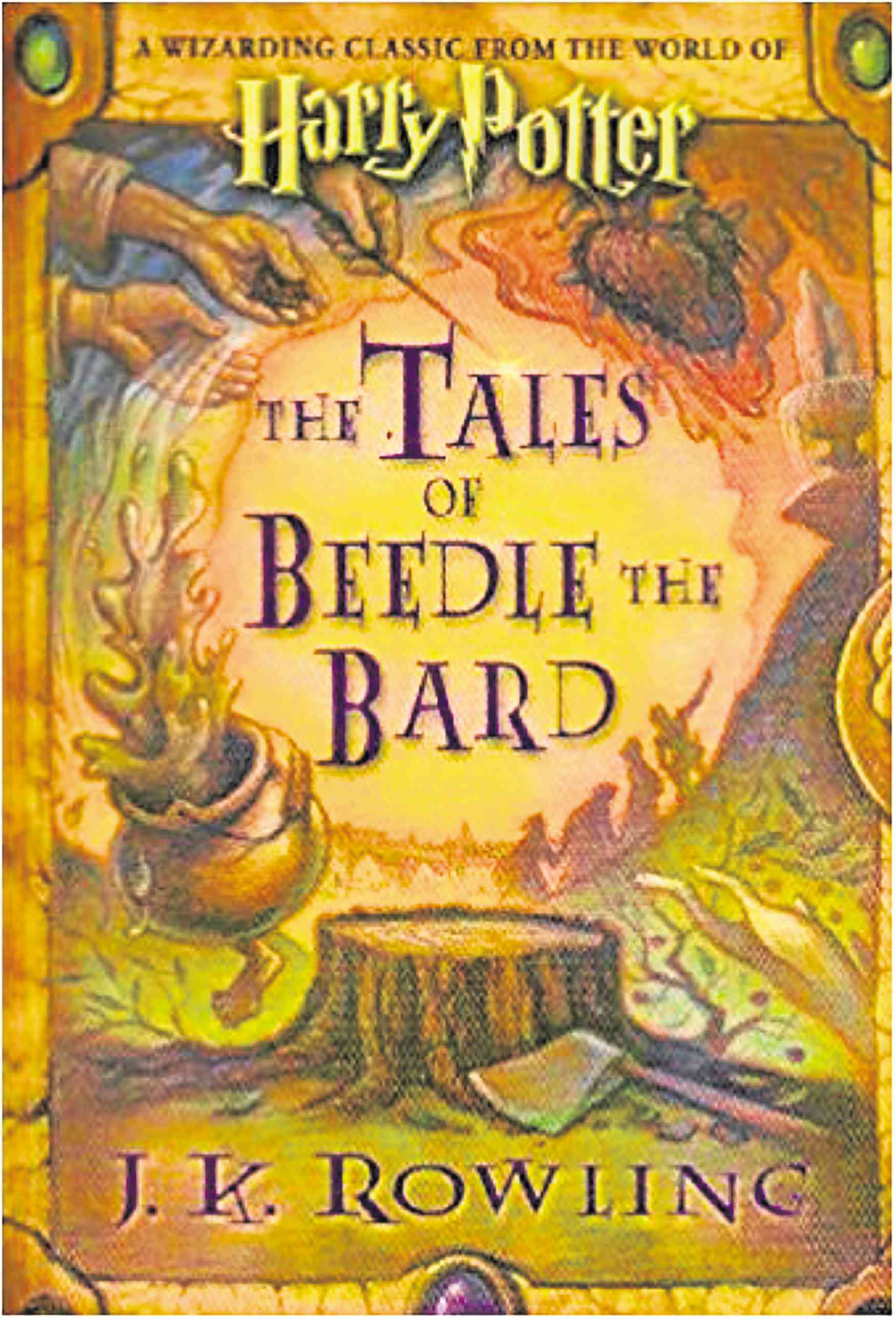 7 steps to putting ‘Harry Potter’ on your bookshelf

1  Ask a Potterhead what “Harry Potter” edition sits on his bookshelf and chances are its Scholastic’s US release with the cover art by Mary GrandPré. Dozens of professional artists have been commissioned to illustrate “Harry Potter” books, but GrandPré’s portrait of the bespectacled Boy Who Lived endures the most.

Her whimsical illustrations bear key details of each book—from a red phoenix flying over a pillar with carven snakes in “The Chamber of Secrets” to the werewolf silhouette in the background of “The Prisoner of Azkaban.” GrandPré’s signature swooshes have become evident in the last three books. The American illustrator ditched the whimsy and opted for portraits set behind jewel-toned swirls. 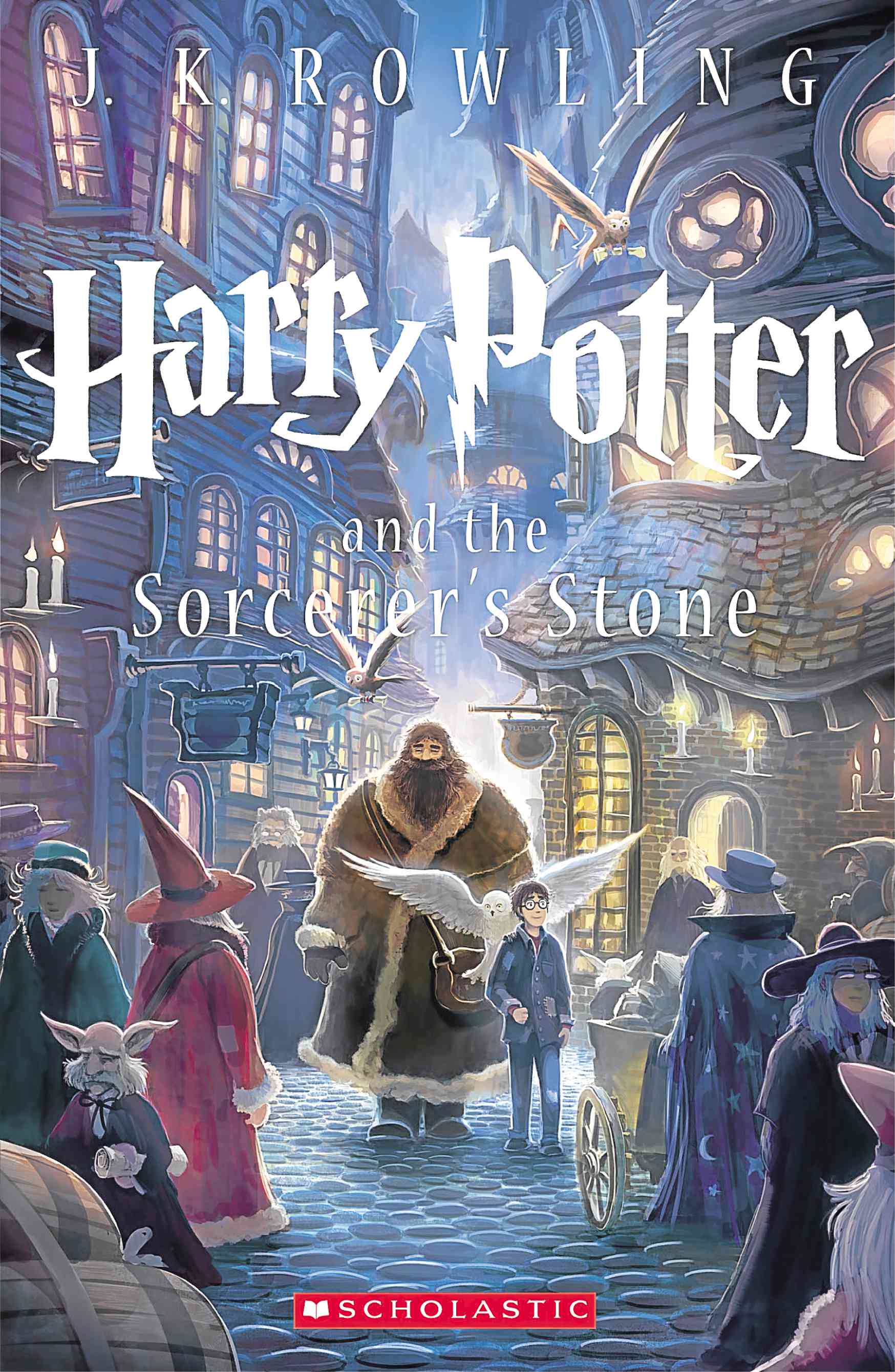 2  Thomas Taylor was already a year out of college and trying to make ends meet by working at a children’s bookstore in Cambridge, United Kingdom, when he was chosen to draw the first ever edition of “Harry Potter and the Philosopher’s Stone.” It was his first professional commission as an artist, and he drew Harry, about to board the Hogwarts Express at Platform 9 ¾.

Bloomsbury commissioned four artists (the others are Cliff Wright, Giles Greenfield and Jason Cockcroft) to illustrate the seven “Harry Potter” books, but Taylor and author J.K. Rowling both had something in common.

“People often ask why I wasn’t paralyzed with the pressure of producing the cover art for one of the most famous books in the world. But these people forget that at the time J. K. Rowling was as unknown as I was, and it must have seemed a fairly simple thing to marry up her text with my illustration style, such as it was,” Taylor wrote on his blog. 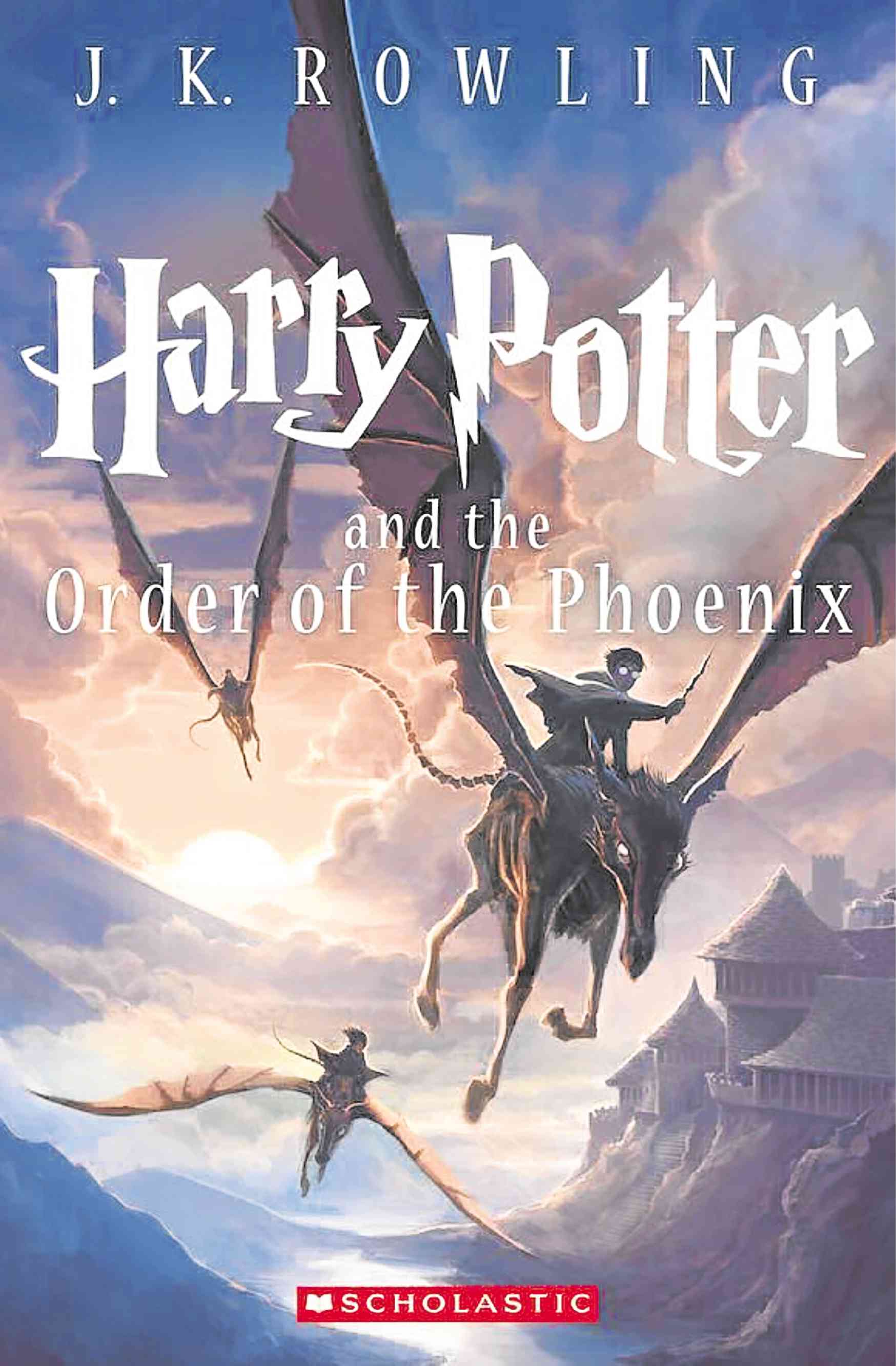 3 Scholastic rolled out in 2013 the 15th anniversary edition of “Harry Potter.” The artist is Japanese-American Kazu Kibuishi, who started drawing comics at 5. He pursued a career in animation but eventually went back to comics. He is the author of the graphic novel “Amulet.”

This charming edition features  interlocking spines that conjure  the reimagined Hogwarts Castle. Depicted on the box are Hagrid, Harry and Hedwig in Diagon Alley. What remains the same is the signature Harry Potter font.

The  2008 Caldecott Medal winner (“The Invention of Hugo Cabret”) made a black-and-white interlocking cover of the seven books. A basilisk runs through all covers. The painstaking details of this book delight Potterheads all over. 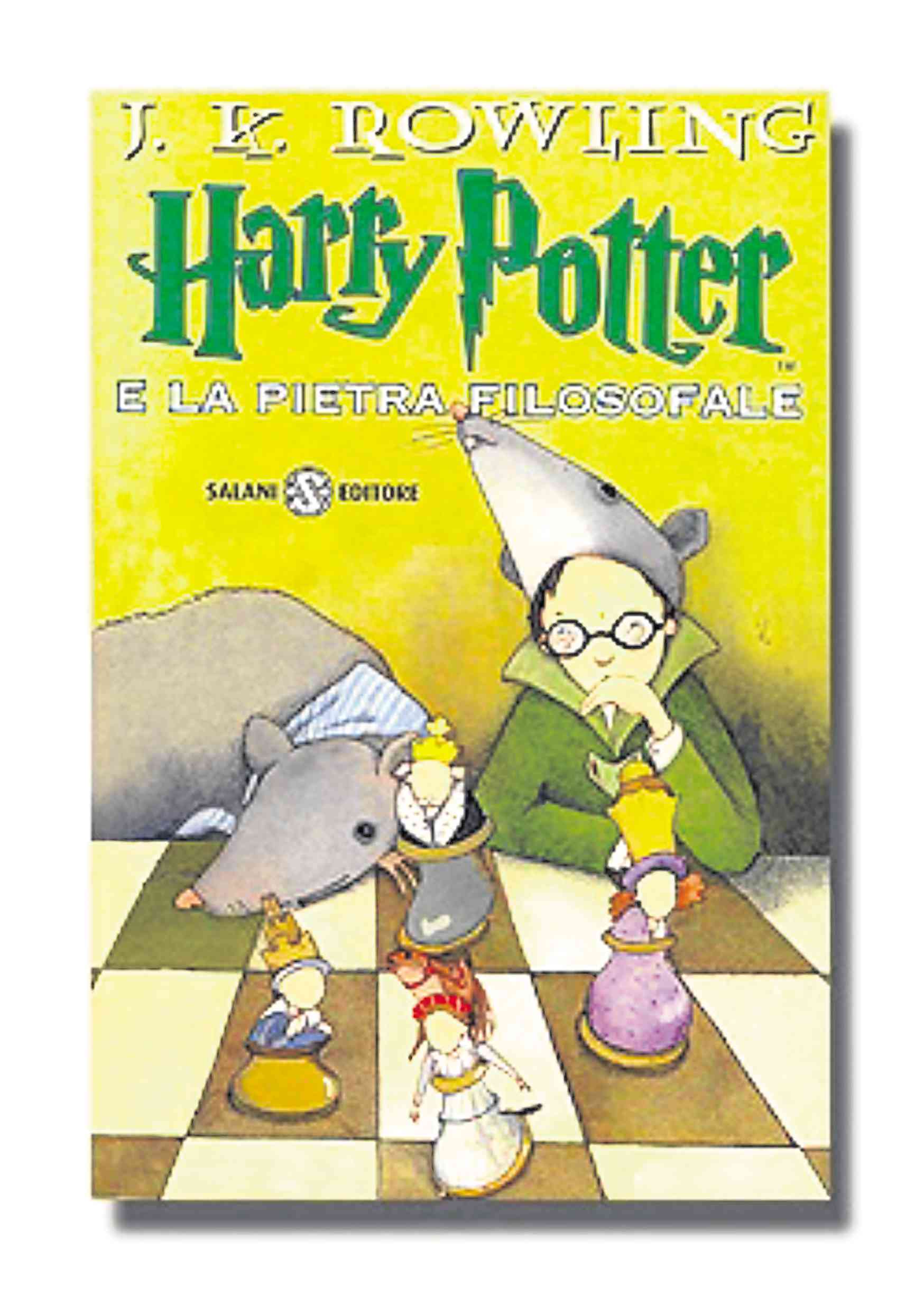 5  “Harry Potter” has been translated in over 70 languages—including Filipino—but curiously, the Italian edition of book one stands out from the rest. In the peculiar cover of “Harry Potter e la Pietra Filosopale,” the young wizard is shown wearing a mouse’s head as a hat while sitting beside a gray rodent. They seem to be playing wizard’s chess.

6  One set of “Harry Potter” books is not enough. This is probably the thought running in the Potterhead’s mind when the illustrated edition apparated into bookstores. Jim Kay’s full-color and fully illustrated version of books one to three cast a spell to Muggles. The covers feature the magical modes of transportation in the Wizarding World: the steam-driven Hogwarts Express, Mr. Weasley’s enchanted Ford Anglia car and the triple-decker Knight Bus for stranded wizards.

7  “Tales of Beedle the Bard,” “Fantastic Beasts and Where to Find Them” by Newt Scamander” are only some of the accompanying titles available not just in Flourish and Blotts, but also regular bookstores. But what we really want is to take home a copy of “The Monster Book of Monsters.” Yes, the furry book with sharp fangs and claws.