Their take on the ‘terno’ | Inquirer Lifestyle ❮ ❯ 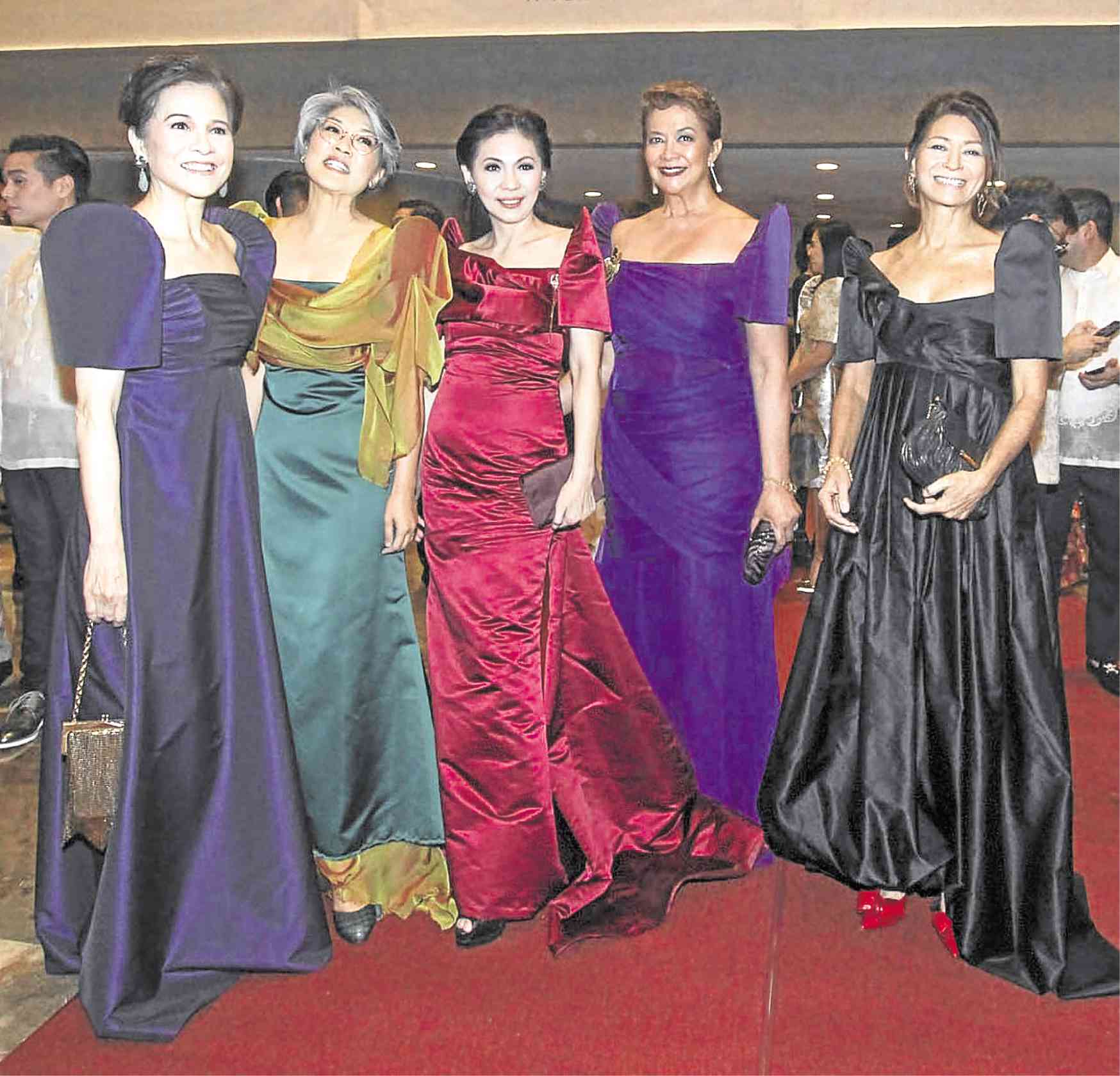 Their take on the ‘terno’

The globalization of fashion has resulted in blandness and uniformity, leaving the Filipiniana, especially the butterfly-sleeved terno, confined to special occasions.

This could be why Bench and the Cultural Center of the Philippines (CCP) mounted Ternocon (terno convention and contest)—to rekindle the public’s appreciation of the terno not just as an expression of patriotism, but also its wearability.

Held at CCP, Ternocon  aimed to inspire designers to make the costume more relevant today, to give women design options so that the terno wouldn’t be limited to Filipino-themed events.

Although Ternocon’s dress code was the balintawak, the shorter version of the terno, majority of the guests still wore the formal terno.

Five women were privileged to be dressed up by Pepito Albert.

Irene Araneta donned a silk terno with gold drape over the chest and sleeves.

Kaye Tiñga was in dramatic bordeaux terno in silk satin with fluid drapery from the chest to one sleeve.

“I like the sleeves to stand as far as possible to the ends of the shoulders,” said Albert. The cut drew attention to the wearer’s face and neck.

Ito Curata brought back the trains and drapery of the ’50s-style terno for Kit Zobel.

Since Zobel liked black and white, he used embroidered lace in black and cream, encrusted with beadwork for visual depth.

Curata also did the ternos of sisters Gabby Floirendo and Monica Ugarte: the former in beige with mauve-pink prints, and the latter, a balloon skirt with tropical palm leaves.

Santiago draped the terno on the beauty queen’s body—a perfect fit. Santiago chose silver, as it picked up the streaks in her hair.

“Under the lights, she glowed,” he said.

There were the modern looks. Lulu Tan-Gan has evolved from knitwear proponent to artisanal designer. She  described her terno as “heritage luxe wear”—a full-ribbed Lurex (metallic knit) bodice, layered skirt and sleeves with handwoven piña-silk.

Ching Cruz was in black-and-white terno with sweetheart neckline and asymmetric hemline by Albert Andrada.

Virgie Ramos’ exquisite fabric was layered by Paul Cabral to make it look soft, flowing but very contemporary, almost having the unstructured look of the Japanese designers that Ramos favors.

Events such as Ternocon seek to change common perceptions of the terno: The costume is not just a symbol of national identity, but it is also chic and functional. —CONTRIBUTED