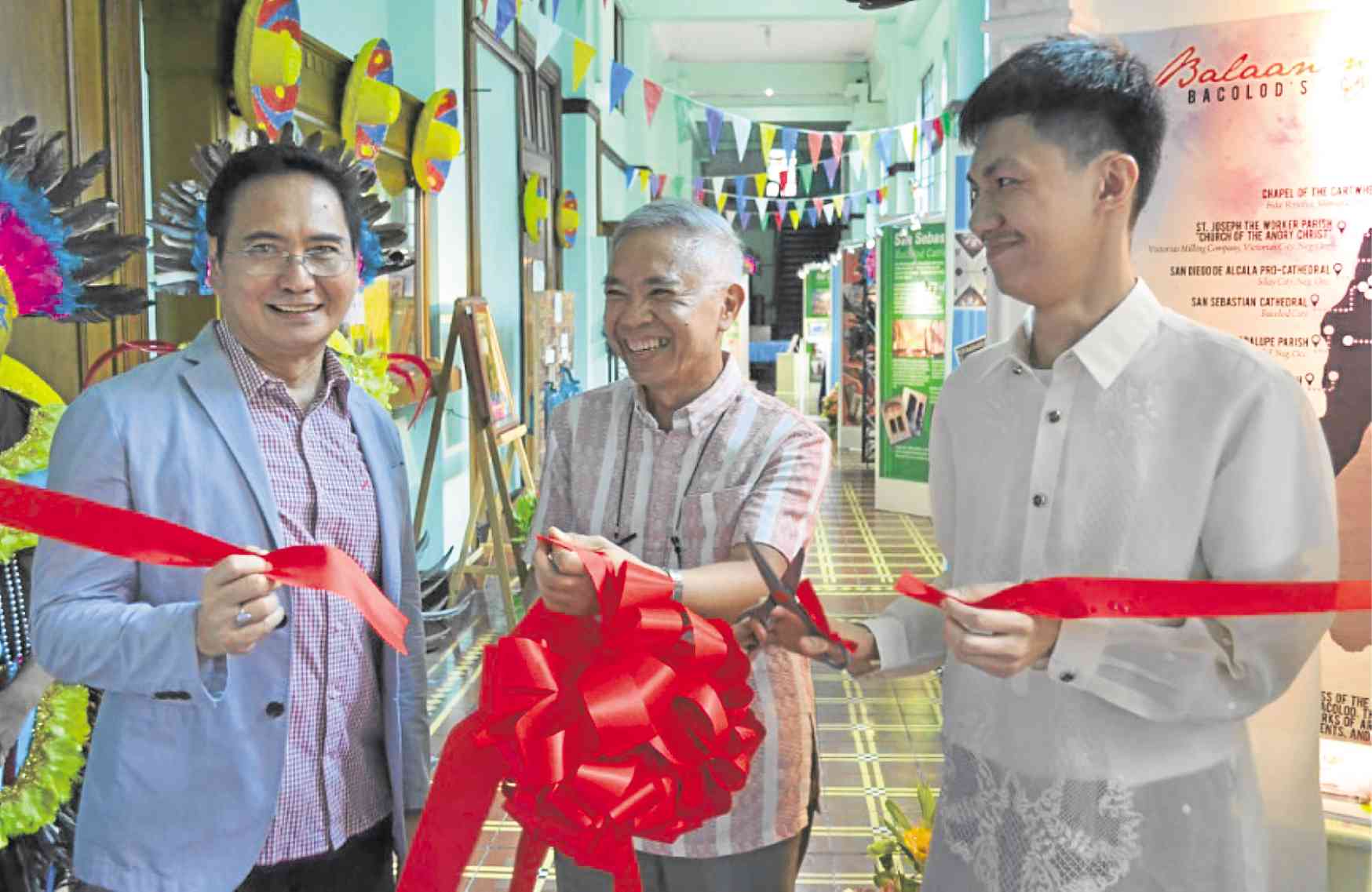 Spanish, American and post-Vatican II ecclesiastical heritage of the Diocese of Bacolod in Negros Occidental was the focus of the exhibit  “Balaan nga Balay” at  University of Santo Tomas (UST) Central Seminary in Manila.

“Balaan nga balay” means “divine house,” and the exhibit was mounted by theology seminarians of UST to educate future priests on the importance of religious objects and structures. The seminarians were guided by UST Museum director Fr. Isidro Abaño and UST archivist Regalado Trota José.

Featured were the Spanish colonial churches of Hinigaran, Valladolid, La Carlota and Bacolod; the American period Pro-cathedral of Silay and Bacolod’s Our Lady of Perpetual Help Shrine; and the post-war and contemporary churches of Victorias Milling Company in Victorias, Sacred Heart Shrine in Bacolod and Chapel of the Cartwheels in Manapla.

Father Abaño said the exhibit was the result of a tour of the Negros churches by the seminarians so as “to let them experience the rich heritage of the church in the Philippines.”

“This would also prepare them in the formation for the love of Christ and the Church,” he explained.

As the exhibit notes said, the tour “instilled appreciation and respect (of) ecclesiastical works of art, that is, church design, interiors, salient elements, and (their) details.”

Father Abaño, who’s also church heritage professor at the UST Central Seminary, stressed the need to educate future priests on church cultural patrimony and its protection and preservation, “particularly now that we hear horror stories” of churches “being mishandled by parish priests.”

“This is just a small beginning,” he added. –CONTRIBUTED