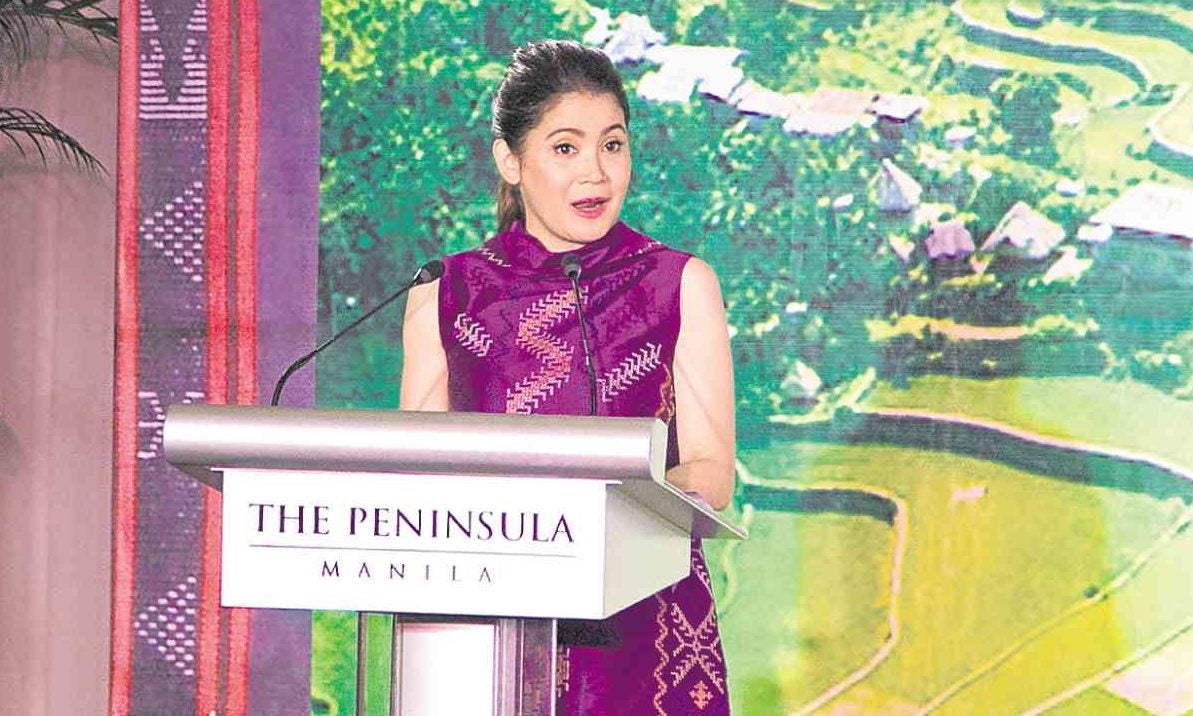 The restoration of the Banaue Rice Terraces has gotten  a new boost with the launching of the book, “A Banaue Story: Restoring a World Heritage Site,” recently held at the Rigodon Ballroom of Peninsula Manila Hotel in Makati.

The book aims to raise  local and international awareness on the need to restore and preserve the “Philippine Rice Terraces,” as they are called by the  United Nations Educational, Scientific and Cultural Organization (Unesco) in its prestigious World Heritage List.

The book is the brainchild of Milagros O. How, president and CEO of Universal International Inc. (UHI). She has been the moving spirit behind the Banaue Rice Terraces Restoration Project since 2015 when she learned of the deteriorating state of the Cordillera terraces.

The terraces have been threatened by natural phenomena such as landslides and dwindling agricultural manpower.

Through her restoration project, some 17 hectares have been cleared and restored, out of the 49 hectares that have been identified as endangered and needing immediate  restoration.

Last July, How tapped the help of composer Josefino “Chino” Toledo in organizing an international symphonic composition tilt based on the musical-cultural traditions of Banaue to elicit both national and international support for the restoration project.

Much earlier, How had organized Tofarm, a festival of independent movies advocating greater support for agriculture, in response to the dwindling agricultural interest that was the reason for the rice terraces’ neglect and abandonment.

During the launch, Banaue Mayor Jerry Dalipog  thanked How for her unstinting efforts to help Banaue and other communities in saving the rice terraces.

Tourism Secretary Bernadette Romulo-Puyat commended How for her private-sector-driven effort to save Banaue, a “beautiful and culturally significant tourist destination.”

Puyat  announced that through the Tourism Infrastructure and Enterprize Zone Authority (Tieza), National Commission for Culture and the Arts and National Museum, funds for the restoration of the terraces’ collapsed walls would start next year.

Tieza  will also restore the Banaue Hotel and Youth Hostel to upgrade tourism in the area, she added.

Ester Dipasupil, the book’s editor,   acknowledged the contribution of various scholars, writers, and photographers in the 265-page lavish tome printed in Singapore.

Photos by renowned photographers such as Eduardo Masferre, John Chua and George Tapan grace the pages of the highly beautiful book. .

Dipasupil urged buyers and readers of the book to  “ give a damn” by helping in the restoration of the terraces. –CONTRIBUTED