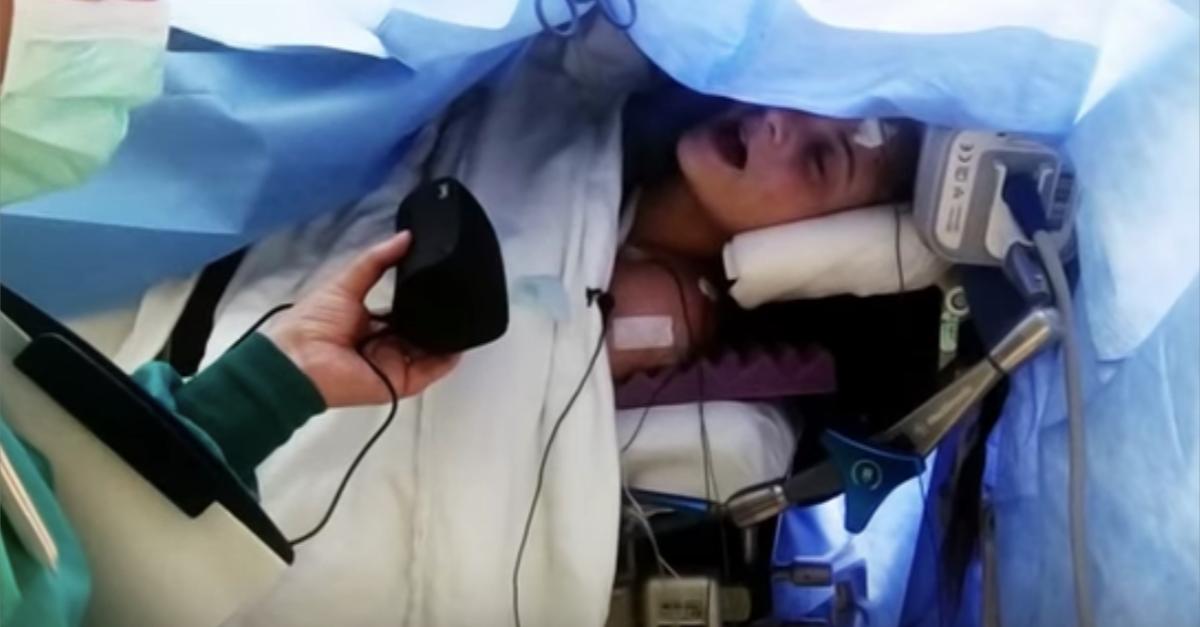 WATCH: Teen asked to sing by doctors during her brain surgery

In an attempt to preserve her ability to process sounds, a teenager in Washington, United States was awakened by the doctors in the middle of her brain surgery, to make her sing.

Kira Iaconetti, 19, has been known for her ability to sing and act since she was six years old. Things went south, however, when she began experiencing seizures whenever she uses her talents, as per a video uploaded by Seattle’s Children Hospital via YouTube on Nov. 8.

“It was like a light switch turned off in my brain,” Iaconetti said. “Suddenly, I was tone deaf, I couldn’t process the words in time with the music and I couldn’t sing.”

A magnetic resonance imaging (MRI) scan at Seattle Children’s revealed what Iaconetti described as a “cruel, sick joke” — she has a marble-sized tumor in the right temporal lobe of her brain which might compromise her ability to process sounds and to sing on key.

“Her tumor was discovered because of a very unusual type of epilepsy she had called musicogenic epilepsy,” said Iaconetti’s neurosurgeon, Dr. Jason Hauptman in a statement. “These seizures are triggered by listening to music or singing, which is an unfortunate problem for Kira since she is a performer who likes to sing.”

The hospital then concocted a plan to remove the tumor and at the same time, preserve Iaconetti’s ability to sing. After consulting with his colleagues, Hauptman opted to have the teenager wake up during surgery to sing and complete musical tasks while mapping the areas of her brain.

The neurosurgeon made Iaconetti sing while stimulating her brain with gentle electrical pulses. Hauptman was able to identify the areas of her brain to avoid during the removal of the tumor whenever the stimulated area interrupted her ability to listen and sing on pitch.

They then proceeded to remove the tumor with Iaconetti singing Weezer’s 2001 hit track “Island in the Sun”. The surgical team then began singing along with the 19-year-old.

Iaconetti was put back to sleep after the tumor was removed. To prove her surgery was a success, she was able to play her guitar and sing from her bed 48 hours later.

“My biggest fear before the surgery was that the seizures would get in the way of performing,” Iaconetti said in a statement. “Now, I want to get back to the stage, to performing as soon as I can.” JB