It's a bird: Owl statue in Serbia mocked for looking like a penis | Lifestyle.INQ ❮ ❯ 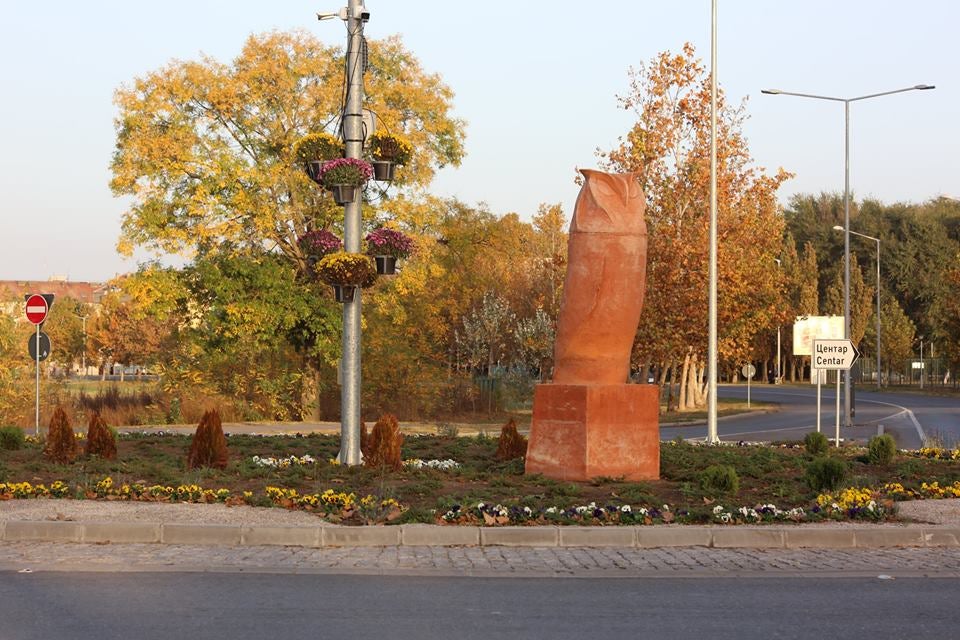 It’s a bird: Owl statue in Serbia mocked for looking like a penis

Kikinda, a city in Serbia known as the owl capital world, welcomed November with what seemed to be a fitting statue of an owl.

However, the erected statue has drawn ridicule and in some cases, disgust: for some netizens, the terracotta sculpture looks closer to a penis than the city’s well-loved animal.

Last Nov. 1, the city’s Facebook page announced the installation of the statue in time with the arrival of owls. It cited Jovan Blat of Center for Fine and Applied Arts Terra as the artist.

“You’re doing great. I just can’t figure out what it reminds me of,” commented Facebook user Predrag Cvetković.

“I love owls and I love the city but this sculpture is a clear failure,” wrote one Stefan Brezar.

Another commenter, Katarina Martinović, lamented, “Now all foreigners will be able to make fun of us.”

Artist Jovan Blat explained to Serbian newspaper Vecernje Novosti via BBC on Nov. 15 that it was meant to be a “stylized” version of a male owl. “Everyone does not understand contemporary art.”

Serbians can take heart that Australians, particularly those in the capital Canberra, are familiar with having a phallic symbol in their city.

In 2011, a statue of a white owl was installed in major road Belconnen Way. The artist, Bruce Armstrong, denied that it was intended to appear phallic. It currently has a Facebook page with a straightforward title: “The Great Penis Owl of Canberra.” JB

Pilots’ penis-shaped flight path gets them in trouble