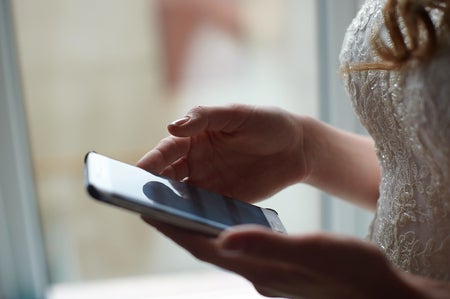 One bride did not let her groom’s infidelity steal her thunder on their wedding day, finding the strength to walk down the aisle and shame her cheating fiance in front of their guests.

A woman named Casey allegedly told Australian women’s website Whimn in a Nov. 15 article that just the night before her big day, she learned that her boyfriend of six years, Alex (the alias stated in the article), was having an affair.

She said that she was with her friends in a hotel room celebrating her last unwed night when an unknown number texted her, “I wouldn’t marry him. Will you?”

The message came along with screenshots of texts exchanged between an unknown woman and Alex. Many of them were sexual in nature and were sent from months back to just days ago. Casey also saw how the woman looked, as some of the texts included selfies with her fiance.

The information was jarring, given how long their relationship had lasted and that she had considered him as The One. She did not question the authenticity of the messages, feeling in her gut that they were real.

Understandably, Casey was deeply troubled while her friends wanted to turn violent on him. They suggested she confront her fiance and call off the wedding.

In shock, she could not react in the moment and said she still loved Alex. The revelation kept her up the entire night, and the next day, she had her decision.

She went through with the wedding, marching down the aisle full of nerves. She said she knew her fiance could see she was unhappy but was unaware of what was to come.

Once she reached the front of the church, she faced her family and friends.

“There will be no wedding today,” she said. “It seems Alex is not who I thought he was.”

She narrated that Alex tried to take her hands, but she didn’t let him. She lay her bouquet of flowers down and took her phone to make the revelation of his affair.

She read all the texts, some of which said, “This weekend. You and I. It is on, hot stuff. Bring your A game,” “Your body is fucking incredible. And shit do you know how to use it. I wish my GF had half the skills you do,” and “I miss you so much. I can’t stop thinking about L, S, F’ing you. I’ve never had this kind of connection before.”

When she turned to him, her face damp with tears, Alex was pale-faced and speechless. He left the church, his best man following him while his family appeared horrified.

Since the wedding was all paid for, she announced that the party would continue.

“I love all of you and as horrible as this is I’m glad you all are here. There will not be a wedding reception today, but instead, there will be a celebration of honesty, finding true love and following your heart even when it hurts,” she said.

Her message was met with “awkward applause and a little cheering.”

It may have been a costly mistake for nearly marrying a man who had duped her, but at least she was saved her from a lifetime of betrayal and infidelity. Niña V. Guno/JB