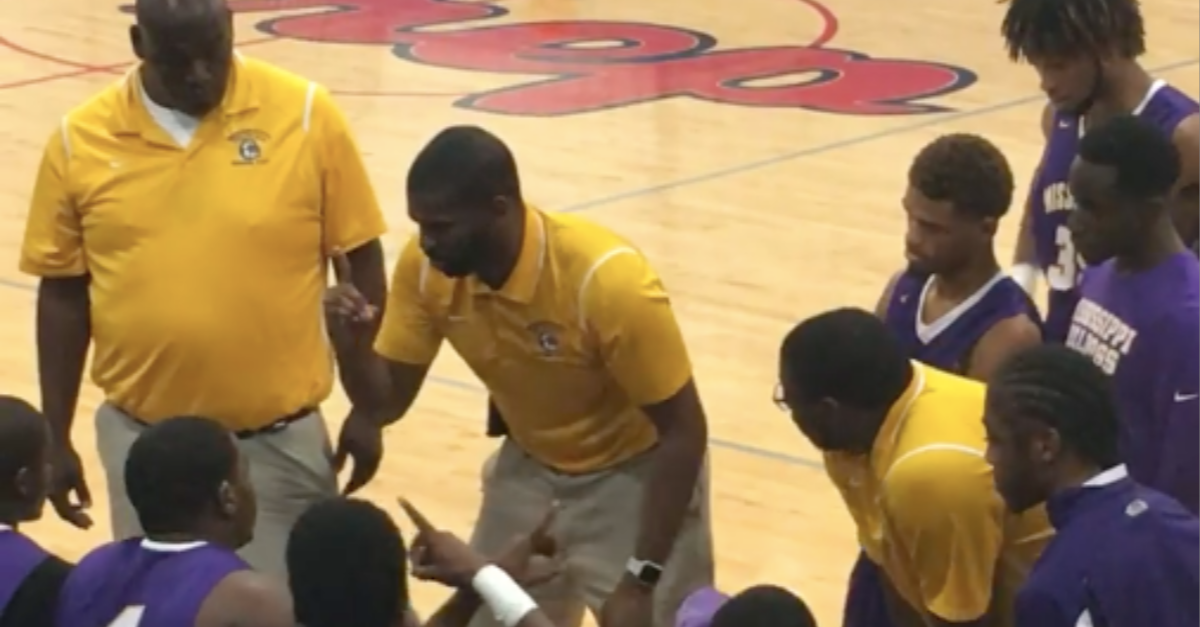 His pep talk is less than a minute, but one basketball coach is going viral for how he delivered his message to his players.

In a 30-second video taken by Kenny Griffis, a judge in Mississippi, Coach Sekoe White of the Mississippi School for the Deaf is seen animatedly communicating in American Sign Language to his players.

I sat behind the Miss School for Deaf team last night. This coach was remarkable. Just before this the coach had a conversation with his best player that was the best coaching communication I’d ever seen. Thanks coach. These boys are lucky to have you. pic.twitter.com/t8wJHW9cJk

Even without knowing the message, one can see the power and passion White uses to speak to the team, including a moment where he places his finger on each of the players’ foreheads.

White is a prominent deaf basketball player and competed in the Deaflympics thrice. He is the school’s director of residential education.

Griffis posted the video to Twitter on Nov. 9 with the caption, “This coach was remarkable. Just before this the coach had a conversation with his best player that was the best coaching communication I’d ever seen.”

The team lost the tight game 49-40 where they played away against Jackson Preparatory School on Nov. 8. But the response to the post was winning, garnering over 46,000 likes and more than 10,000 retweets.

According to a netizen’s interpretation, the coach was discussing the game and said, “Honestly, I don’t care.” He placed his finger on each player, saying, “It’s about one. One defense, let’s go! Whose house? Whose house?”

The players responded, “Ours!”

Deaf model Nyle DiMarco explained that the finger was a “d” “to put an emphasis on the importance of defense and to think defense.”

Griffis said White had just removed the best player and was trying to motivate him and the team amid the player’s frustration, Mississippi TV station WAPT reported on Nov. 16.

White explained to WAPT that he was telling his boys that even if they were playing an away game, he reminded them it was still their “house.”

“Being deaf or visually impaired is no excuse not to succeed,” White said on the morning show “Good Morning America” on Nov. 15. “We can do anything in this life but it requires extra hard work! Basketball is one area where success can happen. Teaching this mindset is the reason I choose to coach these boys.” JB