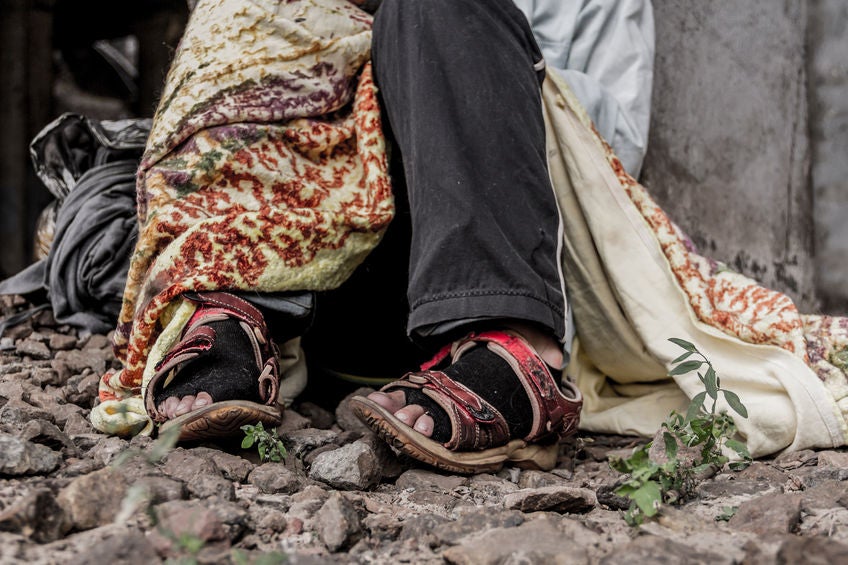 A “fake homeless” woman considered begging on the streets as “work” while she goes home to a -governmentprovided apartment each night.

The woman, identified as Emily, was one of the subjects in an upcoming BBC documentary “Fake Homeless: Who’s Begging on the Streets?” which tackled the “fake homeless” issue in Britain, as reported by Metro.

“It’s a job. It was either this or be a hooker. That’s the truth. There aren’t many options for a person like me,” explained Emily when asked by presenter Ellie Flynn about her current lifestyle.

For Emily, she made it a point to turn up at her usual spot in her hometown of Cambridge every day to beg.

Meanwhile, “genuine” homeless people like a man identified as Damian were not too happy with the increase of “fake homeless” people. “Pisses me off,” said Damian who only has a tent to retreat to at the end of the day.

Due to the increasing number of “fakes,” homeless charity organization Human Torbay in Torbay, Devon, urged good-hearted people to give their money to the organisation rather than to the homeless directly.

Around 4,751 “fakes” are estimated to be out on the streets on any one night in Britain. Around 8 percent of people arrested for begging between 2015 and 2018 were also confirmed to have accommodation. However, the data did not specify whether the accommodations were permanent or temporary.

Businessman Ashley Sims made it his mission to expose the fake homeless or “rough sleepers.” He claimed to want to protect the “business fraternity” in Devon. However, the Torbay council discouraged “outing” the rough sleepers because it promoted vigilantism.  Alfred Bayle /ra

More people seen to have sex in self-driving cars