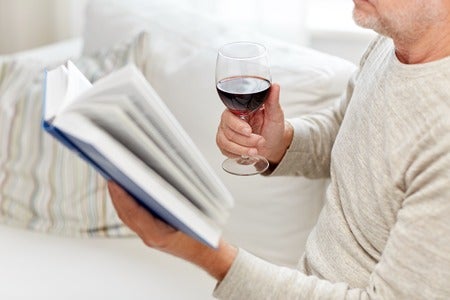 Drunk man who ‘really wants to read’ breaks into library

While some people may become fluent in another language when inebriated, one man in Alaska, United States seemingly had the sudden desire to read books.

The unidentified man broke the glass of Noel Wien public library’s front doors on Oct. 13, as reported by the Fairbanks Daily News-Miner on Friday, Nov. 16. The police have launched an investigation to know the identity of the suspect.

Library director Melissa Harter said the man “really wanted to read.” Unfortunately, in his drunken state of mind, he did not realize that the library was already closed.

Contrary to what one would think when one hears of a “break-in,” the man did not steal from the library. The only damage the man did was breaking the glass of the library’s front door.

“He wasn’t here very long,” Harter said in the report. “He walked in, the cleaning crew said ‘I’m sorry, we’re closed,’ and then he went out the other door.”

The cleaning crew reported about the man at 9:45 p.m. However, the man was already gone by the time the authorities arrived.

Harter said the library’s front door was immediately replaced the day after the incident.

“The borough fix-it department is really good, and of course they sent someone out in the middle of the night to put the plywood on, so that was good too,” she was quoted as saying.

It seemed the incident did not bother the librarian as much, if what she told the publication is any indication. She said, “He was inebriated and didn’t know what he was doing.” Kate Matriano/JB