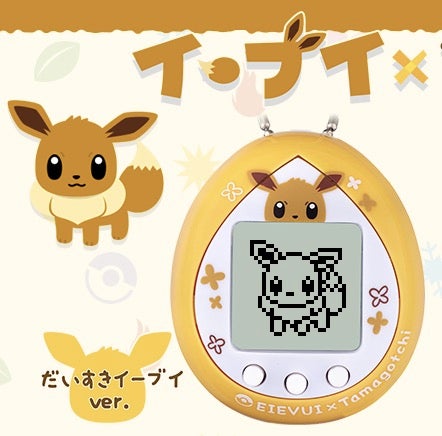 Even with the rise of Pokémon and other similar pocket monster franchises, the humble Tamagotchi endured. Now the two franchises are coming together for a Pokémon-themed Tamagotchi featuring Eevee.

This will be the first time that The Pokémon Company and Tamagotchi will team up in what may lead to a new outlet to further spread the influence of Pokémon.

Instead of the already well-known Pikachu, Eevee will take center stage this time. The new Tamagotchi line will allow owners to take care of Eevee and evolve it into one of its eight evolution paths: Flareon, Espeon, Glaceon, Jolteon, Leafeon, Sylveon, Vaporeon and Umbreon, according to the official website as reported by The Verge.

The Eevee Tamagotchi will be released in Japan on Jan. 26, 2019, for 2,300 yen (about P1,000). Two versions will be available: the brown Daisuki Eevee and pink Colorful Friends.

Tamagotchi debuted on Nov. 23, 1996, as a handheld digital pet made by Akihiro Yokoi of WiZ and Aki Maita of Bandai. The word “Tamagotchi” is a combination of the Japanese word “tamago” for egg and “watch,” which gets pronounced as “watchi.” The original Tamagotchi featured only three buttons to interact with the digital pet. Modern Tamagotchi continues this tradition even as displays changed and were upgraded to now feature color on some models.  Alfred Bayle /ra