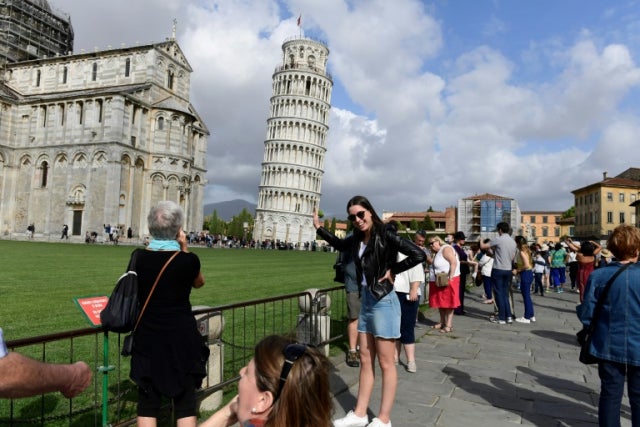 Tourists pose for photographs at the Tower of Pisa in 2017. Image: Miguel Medina / AFP

The Leaning Tower of Pisa is now stable and has even straightened slightly thanks to engineering work to save the world-renowned tourist attraction, experts said on Wednesday

The tower’s Surveillance Group — set up to monitor restoration progress — said in a statement that after 17 years of observation “the Tower of Pisa is stable and very slowly reducing its lean.”

The so-called Surveillance Group was set up after Michele Jamiolkowski, an engineer of Polish origin who adopted Italian nationality, coordinated an international committee to rescue the landmark between 1993 and 2001.

The Tower was closed to the public in January 1990 for 11 years over safety fears, as its tilt reached 4.5 meters (15 feet) from the vertical. It has since been straightened by more than 40 centimeters.

The medieval tower, a symbol of the power of the maritime republic of Pisa in the Middle Ages, has leaned to one side ever since building started in 1173. AB

This place is the pits: China opens luxury hotel in quarry