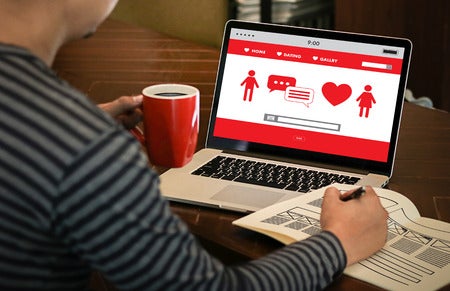 No means no: Tinder guy slammed for mocking, scolding woman who swiped left on him

While online dating can be another means to find a suitable partner, it might not yield the results one would like. One man, for example, went as far as to track and confront a woman for swiping left at his dating app Tinder account.

One netizen, Julia (@gothhunny), shared her experience with a Tinder user whom she had swiped left; this she recounted via Twitter on Saturday, Nov. 17. She posted photos of her conversation with the man via Instagram who refused to acknowledge her “no.”

The conversation opened with Julia reminding the man she had said “no” to him several times and telling him to stop messaging her.

“I don’t take irrational things. It’s not the no, it’s the lack of rational that gets me,” replied the male Tinder user, who used a now-deleted Instagram account @yayipper. “You have no reason to say no. You are on a dating site.”

Claiming he is curious, @yayipper asked Julia if her rejection would be different had she met him in real life. He also asked her what she was doing on Tinder.

“I don’t have to answer your questions. I don’t care that you’re curious,” Julia said. “Take no for an answer. My answer is not changing. You are forceful and creepy.”

It seems Julia’s answer was the last straw for the man who mocked and scolded the woman for being on the dating platform. He also said that it was Julia’s loss to be rejecting him.

“Girls like you are why guys are such assholes. So if a guy has ever been hurtful or an asshole to you, just remember this conversation. And get off of dating sites,” @yayipper told Julia. “F**ked up thing is, if we met in person, you would love me [laughs]. It’s your loss. So hard. And you don’t even know.”

“Why are you even alive?” he added. “What’s the point if you’re just going to spread misery and negativity?”

The Tinder user’s messages did not sit well for netizens who cried foul at his words. They asserted that “no” means “no.”

So by his rationale a woman on a dating site must accept a date from ANY man on that site, otherwise she shouldn't be allowed to use the service.

But questioning the point of someone existing, and threatening them is? …… pic.twitter.com/KpPDk7DHsh

I find it very hard to find words to describe how angry this makes me. When someone tells you no, you accept it, or you go and get help. This is unbelievable, and unfortunately very common #noalwaysmeansno https://t.co/78qF7iD6Te

Other women said Julia’s experience made their skin crawl, with some noting it was one of the creepiest things they have read on the internet.

Men and their inability to take rejection. This thread 😐 there are some really screepy people out there… https://t.co/WzA2zAsuww

This is one of the creepiest things I've read in a while. https://t.co/XAN1NjM2T6

Apparently, Julia was not the only one to have experienced being tracked outside the dating app, as professed by some of the commenters.

This is why I’m scared to respond the the dude I didn’t match with on tinder who found my Facebook and asked if I was at a super specific place on a super specific day and time https://t.co/oOaSqurDkz