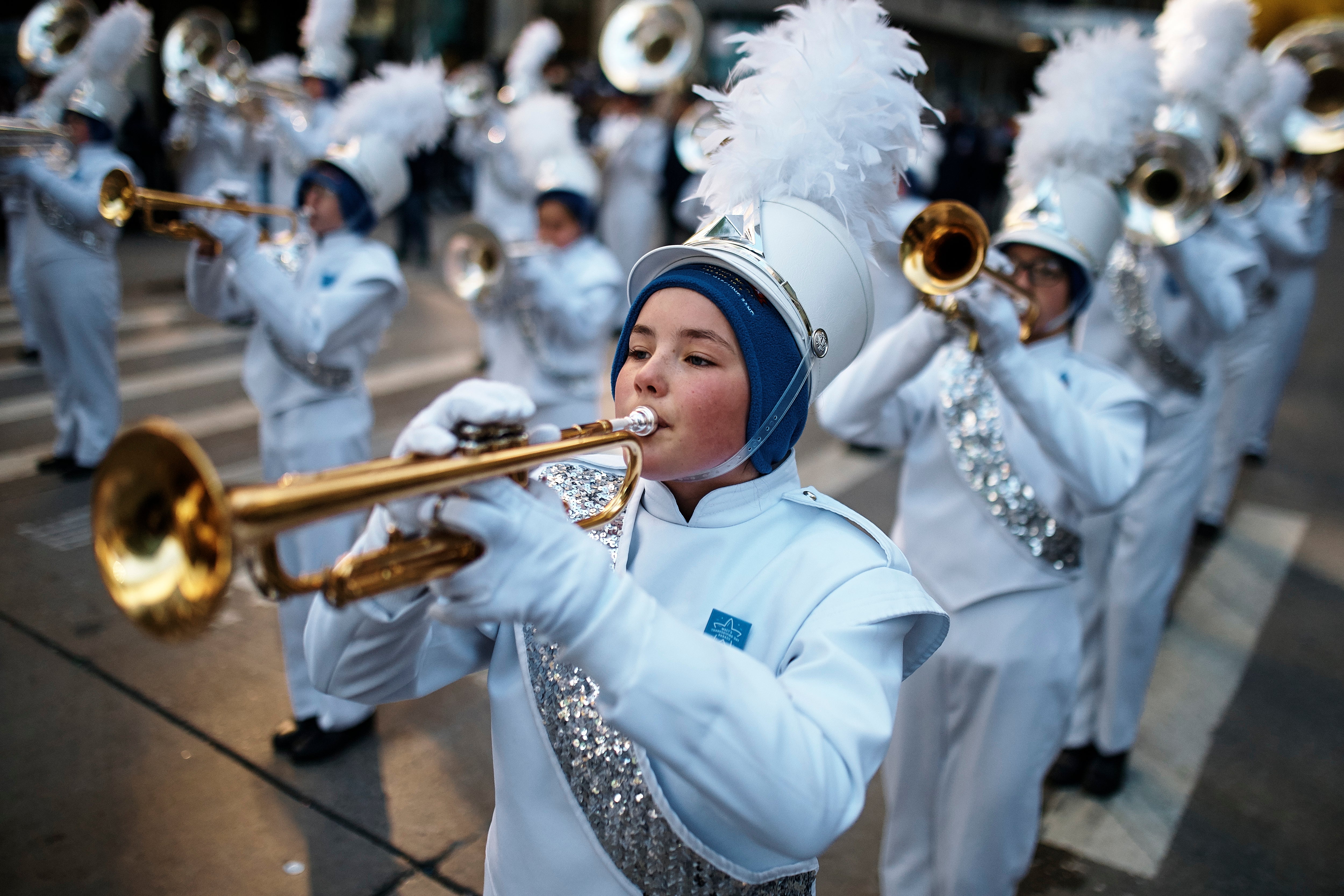 Macy’s is apologizing for “technical difficulties” after fans watching the Thanksgiving Day Parade ripped into singer Rita Ora for what they saw as awkward lip-syncing.

The British singer appeared out of sync with the vocals that viewers heard during parts of her televised performance of “Let You Love Me”. The episode sparked a flurry of online commentary.

Ora tweeted thanks to Macy’s for “the honesty.”

In another moment that got attention, a performance from the Broadway musical “The Prom” included a kiss between two female cast members. The producers told Entertainment Weekly it was the parade’s “first LGBTQ kiss.”

The balloons flew lower than usual, performers bundled up, and spectators sported blankets and sleeping bags, but blustery cold didn’t chill the enthusiasm at the Macy’s Thanksgiving Day Parade.

Giant balloons of Charlie Brown, Sponge Bob and other beloved characters were cleared for takeoff just before the parade started amid some of the coldest temperatures in its history. The event dates to 1924.

Temperatures were around 21 degrees (-6 Celsius) and punctuated by bitter wind.

There had been worries that winds would spur officials to ground the big helium balloons, but they ultimately were allowed to fly. Some, though, hovered just a few feet above their handlers.

Throngs of onlookers donned layers and blankets to watch the balloons, marching bands and floats featuring such performers as Diana Ross, John Legend and Martina McBride.

The balloons and the bands are braving the blustery cold to make their way through Manhattan for the Macy’s Thanksgiving Day Parade.

Giant balloons of Charlie Brown, Sponge Bob and others were cleared for takeoff just before the parade started with some of the coldest temperatures in the event’s history.

The 21 degrees (-6 Celsius) at the start made it one of the coldest Thanksgivings in the city in decades.

Some of the balloons were flying just a few feet above the people who were holding their tethers. The outstretched hand of the “Diary of a Wimpy Kid” balloon appeared to hit some of his handlers on their wool cap-covered heads.

Bystanders refused to let cold temperatures put a damper on watching the parade, breaking out the blankets and sleeping bags.

Bystanders are braving the cold with blankets and sleeping bags to make sure they see the Macy’s Thanksgiving Day Parade in New York City.

They’re lined up Thursday along the parade route despite the frigid temperatures.

Forecasters say it could be the coldest day in the parade’s history.

The New York Police Department says wind conditions are good enough to allow the giant character balloons such as SpongeBob and Charlie Brown to fly safely.

Among the scheduled performers are Diana Ross, John Legend and Martina McBride.

Tony Stout camped out with his extended family since 2 a.m. to make sure they got a good view of his son, who was participating in the parade with The Ohio State University marching band.

He says he’s “freezing and numb, but excited.”

Forecasters say it could be the coldest day in the parade’s history.

John Legend, Martina McBride and the Muppets from “Sesame Street” are also slated to perform in the frigid cold.

Officials will be monitoring wind to see if giant character balloons such as SpongeBob and Charlie Brown can fly safely.

Police say they’re ready to order the 16 helium-filled balloons to a lower altitude or ground them entirely if it is too windy.

There have been mishaps and injuries in the past when gusts blew them off course.