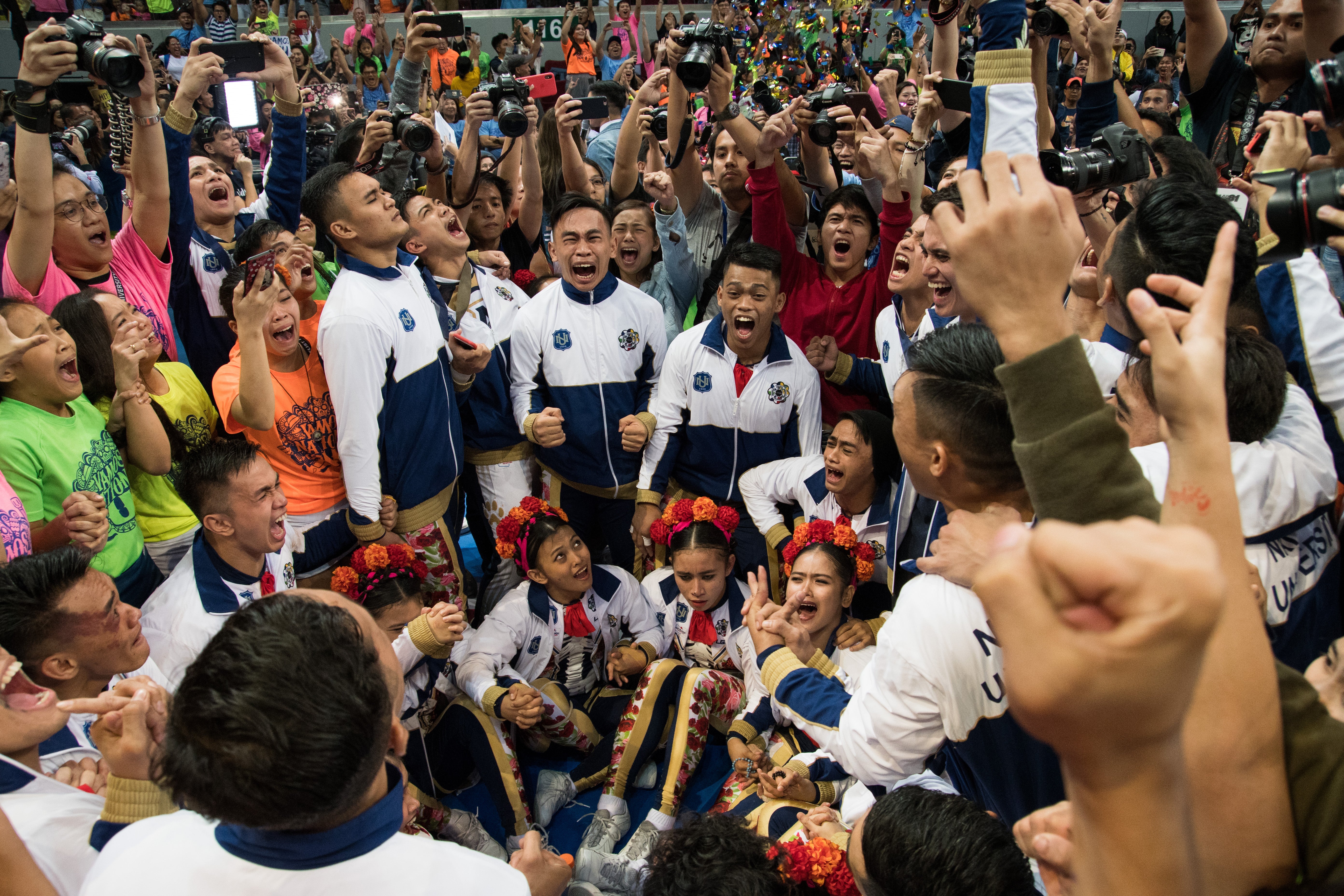 Scenes from the 2018 UAAP Cheerdance competition

The University Athletic Association of the Philippines’ (UAAP) annual Cheerdance Competition brought together teams and supporters of the eight-member schools to the Mall of Asia Arena on Nov. 17 to compete for top honors in two categories—cheerdance and group stunts.

Missing a five-peat last year, the National University (NU) Pep Squad came back strong, winning both categories with its “Dia delos Muertos” theme performance and stunts that seemed to defy the laws of physics. These included the world-first attempt at a double full-rewind pyramid in the cheerdance division.