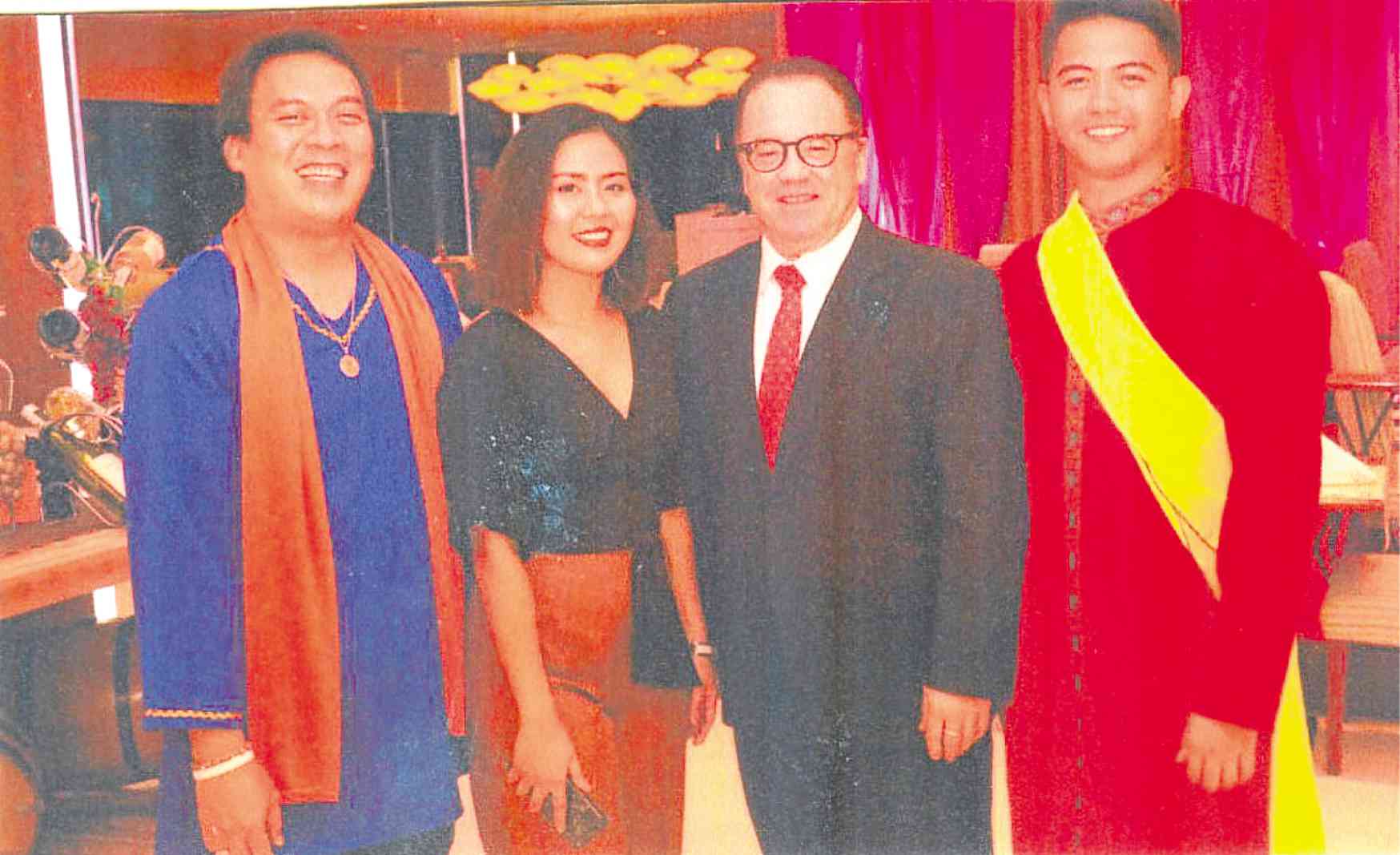 The Cebu Chapter of La Chaine des Rotisseurs held a fellowship dinner at Palermo, the Italian restaurant of Plantation Bay resort in Mactan.

He congratulated Plantation Bay general manager Efren Belarmino for the magnificent setting and the elaborate plated dinner served to 72 guests. The appetizers alone were plentiful and worth raving about.

The arugula in the salad came from the vegetable garden of Plantation Bay. Kudos to executive chef Lee Matthew Ramas and F&B manager Fritz Gallardo.

Violinist Adrian Beltran, who played his extensive repertoire throughout the event, was much applauded.

Missed on this occasion was Michel’s wife, Amparito Llamas Lhuillier, Baili de Cebu. Michel said she was in the US and recuperating satisfactorily from a hip replacement operation.

Amparito has since returned to Cebu, and has been quite visible. She will definitely attend La Chaine’s Cebu anniversary gala on Dec. 6 at the ballroom of Shangri-La’s Mactan Resort and Spa.

The theme is “Red Christmas,” carried out in the menu and the requested attire. The tables for the over 100 guests will have crystal vases overflowing with red roses.

The hotel’s general manager, Brian Connelly, gave the welcome speech right at the doorway of Café Marco, since the lobby was being decked out for the Christmas tree-lighting ceremony.

Among the guests were Nelia Neri and her sisters Zenda Lat and Elma Mungkroot. All three are well-versed in spicy cuisine, particularly Elma who lives in Bangkok.

Shortly after, the Marco Polo held its formal launch of the Tree of Hope at the lobby, filled to capacity with a large festive crowd who came to see Santa and Mrs. Claus, watch a ballet performance by the Cebu Center for Dance and listen to carols by the Fidelis Choir.

Many of those present were there to give their solidarity to the Tree of Hope. From Nov. 27 to Jan. 6, you may choose a Christmas ball for P200 to hang on the tree with your name on it. It is one of the brightest trees ever!

Another Christmas tree was lit up at The Gallery of Ayala Center Cebu where it has been blinking and sparkling since the mall’s general manager, Celeste “Bong” Dy, turned that switch on.

She was assisted by Rustan’s Department Store manager Pepet Macachor and Pinky Chang of Pink Flora who designed the tree.

Ayala Center Cebu’s The Terraces was the scene of a grand Christmas show featuring well-loved Disney characters, and a personal appearance by Jose Mari Chan who sang all those Christmas songs he has made famous. It drizzled but the crowd stayed on.