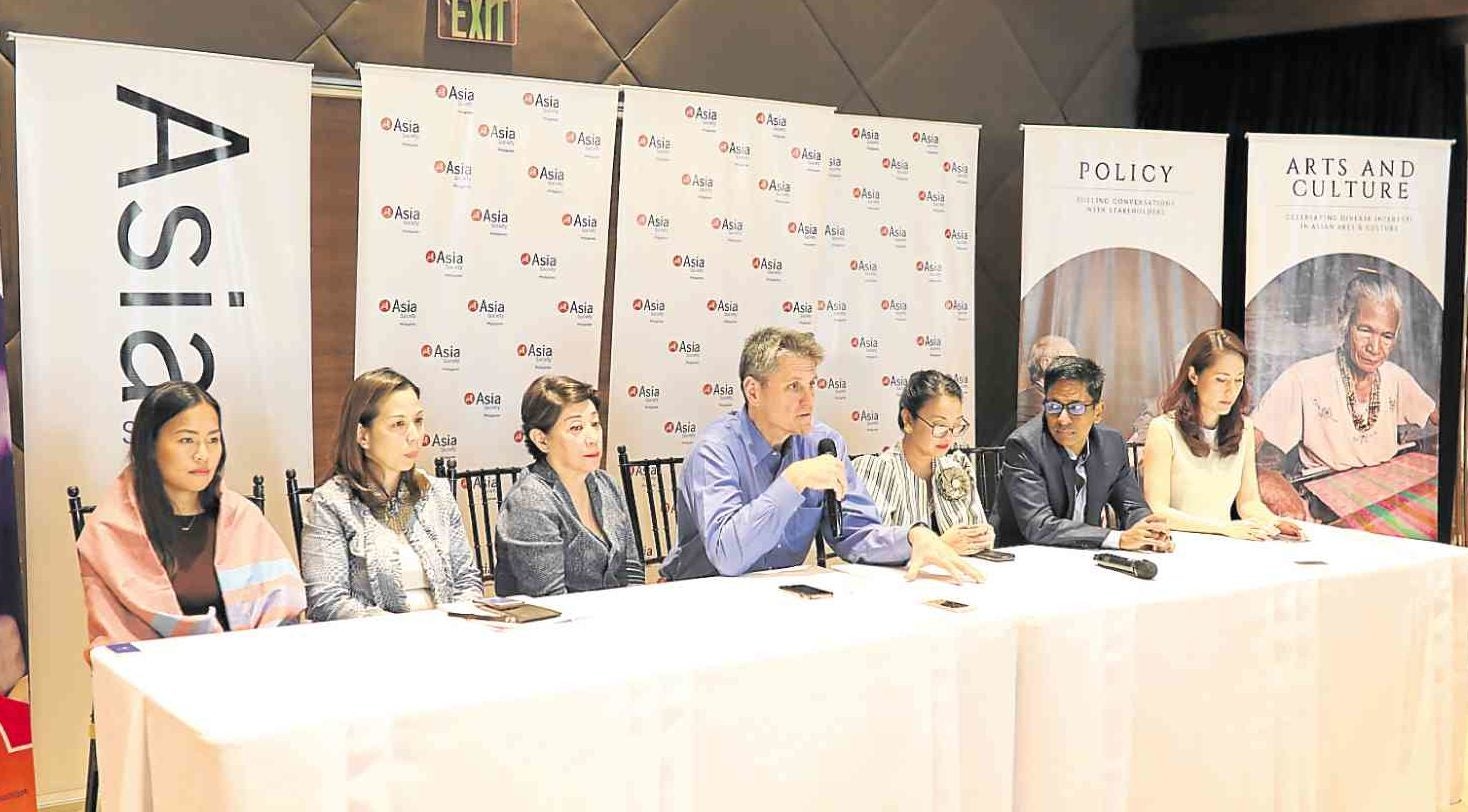 ‘People forget that fake news is a profession’

Leaders should focus on the guidance of a very high principle, “[because] when you go below the principle, it becomes your opinion versus mine,” Doris Magsaysay-Ho, chair of Asia Society Phils., told Lifestyle at the recent Asia 21 Young Leaders Summit.

The Asia 21 Young Leaders program was initiated 13 years ago to gather diverse young leaders under 40 from across Asia Pacific. Its goal is to create an understanding and mutual collaboration among young leaders.

Working around the theme “Leading with a Purpose in Turbulent Times,” the three-day summit presented by Asia Society Phils. discussed the role of the free press and social media in the age of fake news.

Asia Society, headquartered in New York, at its core aims to build bridges between Asia and the US.

“We live in a time when, almost everywhere you look, certainly in my country [the US], and in this part of the world, all too often people are at each other’s throats. I’m not sure if the bridge-building is going so well,” said Tom Nagorski, executive vice president of Asia Society and former managing editor of ABC News.

In the future, Ho said, “I can call someone and say, ‘Hey, what you’re doing is not that great… maybe I have another solution.’

“That is the role of Asia Society in this world, especially in the turbulent times that we live in, where if-you-don’t-agree-with-me-you-are-my-enemy,” Ho added.

“If we don’t agree, let’s meet in the middle and come to an understanding.”

With the recent rise of populist leaders around the world, mentoring young leaders has become even more important.

“A lot has been written about how much we can connect populism with turbulence. In the US, Europe and Asia, my own personal view is, sometimes we overstate the relationship,” Nagorski told Lifestyle.

“But social media is the one thing that unites all these situations.”

Nagorski spoke of Myanmar, of how social media spurred violence and confusion in that country.

“So our leadership program has changed. When it began, there was almost nothing like it.”

The world has changed a lot since, even the way we collect information and engage has changed.

“It’s a media operation because they have a way of producing and disseminating information in a way that the news media does not,” she added.

“We need to do something. Trying to compete with everybody else is not gonna work.”

“If I move the table and you doubt my intention, the goal is not clear. Some of these principles have been tested now. The concept of democracy is being tested when the principle is tested.”

At the core of the government should be public service, Ho said. “A sidewalk is taken over by vendors, kiosks, cars, so where is the principle of public service? The sidewalk has become a place just for anybody who is there. It’s kanya-kanya because the principle is not there.”

Make the government empowered to build institutions, and have accountability for servicing people, Ho said. “That means fewer appointees and more career-, well-paid people, with a clear and transparent vision for the country, so we can feel that sense of being important.”

One of the aims of Asia Society Phils., Ho said, is to make the Philippines see its place in the world, and for people to understand our culture, and for Filipinos to look out at the world as part of the global community.

“There are two phrases I want to change in the Filipino language: ‘I cannot afford that (hindi ko kaya).’ It means many deeper things—I have no capacity, I don’t have the capacity. We need to change that mind of smallness.

“And ‘Lord, have mercy on me (maawa ka sa akin).’ Let’s get out of victimhood. The government should encourage business and economic growth, create a generation that has confidence and pride and get out of ‘maawa ka sa akin,’” she said.

Asia Society was founded by John D. Rockefeller in New York City in 1956, to build understanding between the US and Asia.

The Asia 21 program has built a powerful network of more than 900 alumni from 40 countries.

Asia Society Phils.’ intention is to strengthen relationships, deepen understanding and bridge difference across the Philippines, Asia and the US from fields of policy, business leadership, education, arts and culture.