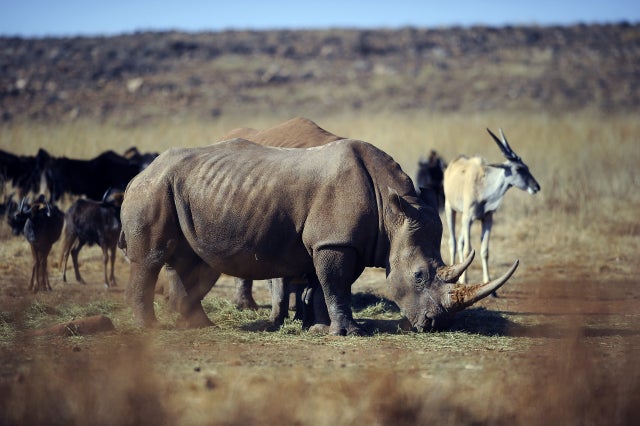 Sotheby’s on Saturday became the latest international auction house to end the sale of rhino horn artifacts, withdrawing antique lots from an upcoming event in Hong Kong following an outcry from environmental groups.

The auction house had been due to put three lots of rhinoceros horn under the hammer at a sale next week.

“The company will no longer offer rhino horn artifacts in the future,” Nicolas Chow, chairman of Sotheby’s Asia confirmed in a statement.

“Sotheby’s deplores any illegal slaughter and trading of endangered wildlife, and strongly supports conservation efforts from the global community,” he added.

The decision comes after Bonhams canceled its sale in Hong Kong of 21 lots of rhino horn carvings, valued at $3.87 million according to Humane Society International, following mounting pressure.

“In future, Bonhams will not offer artifacts made entirely or partly from rhinoceros horn in its salerooms,” Bonhams global CEO Matthew Girling said in a statement.

The decision came after thirty-seven wildlife conservation organizations including WildAid wrote to the company demanding it cancel the auction and stop future sales.

An online petition describing the Bonhams sale as unethical had been signed by more than 10,000 people.

“We congratulate Bonhams on its wise decision to stop selling rhino horn items. The rhino will only survive if the trade in their horns, in whatever form, is stopped,” said John Baker, managing director of WildAid.

Christie’s had already banned rhino horn items at its auctions.

Environmental groups warned even a small uptick in demand for trading in antique rhino horns, as well as pseudo-antique horns, would push rhinos closer to extinction.

South Africa, which is home to about 80 percent of the world rhino population, has been hit hardest by poachers. More than 7,100 animals have been killed over the past decade.

Rhino horns are highly coveted in Asia, where they have fetched up to $60,000 per kilogram.

In 2017, South Africa hosted its first online auction of rhino horn, following the lifting of the ban on domestic trade. The auction attracted fewer bidders than anticipated. NVG