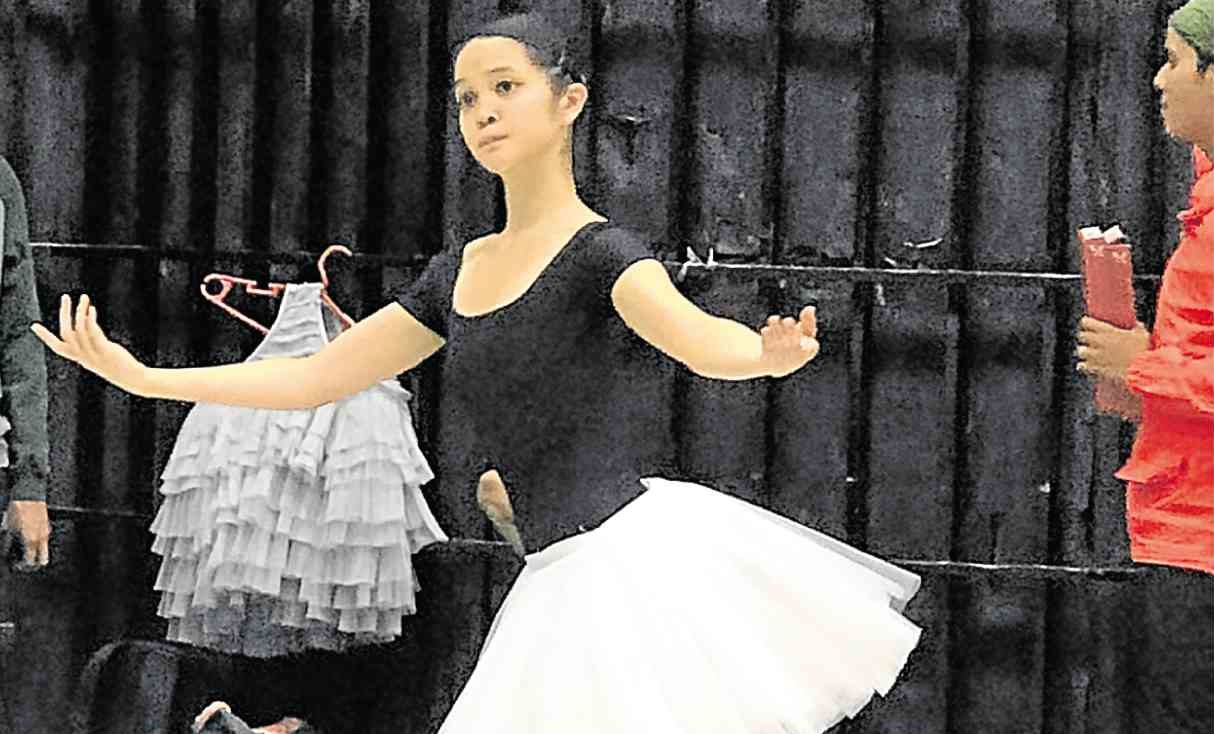 Effie Nañas’ “Snow White” (here being rehearsed) will have its gala on Nov. 30 at CCP.

They are stronger. They are a joy to work with,” Effie Nañas smiles as she takes a brief break from coaching three pairs of dancers who alternate in the roles of Snow White and the Prince. It is the fifth time in the 49-year history of Ballet Philippines that this original full-length ballet by Nañas is being restaged. Collaborating with her are former principal dancers who played the leads in prior stagings: Perry Sevidal, who played Dopey, one of  the seven dwarfs in the original 1988 production; Ria Bautista and Biag Gaongen who danced Snow White and the Prince, respectively, in the more recent 2007 restaging. On the road to its 50th anniversary next year, artistic director Alice Reyes has chosen to remount some of the company’s memorable pieces for the past two seasons, involving the company’s former dancers as mentors to the present corps, like a passing on of sorts. And rightfully so. It is always good, as they say, to always go back to the “source.”

Since Nañas’ retirement from teaching, she has dedicated her time and efforts to coaching dancers for international competitions like the USA International Ballet Competitions in Jackson, Mississipi; Orlando, Florida and the Asian Grand Prix in Hong Kong. Observing each dancer’s weaknesses and strengths, she answers an eternal dance question herself: Can you separate artistry from technique? “They should come together,” she says emphatically, and proceeds to observe each dancer’s rendition of their roles, characterizing and contextualizing each one’s style and attack. “Artistry and technique are two different things. But you can’t have one without the other.”

Witnessing the pas de deux of Snow White and the Prince in rehearsal is the perfect showcase to mark these differences. Ian Ocampo and Denise Parungao, paired once more after their much applauded pairing in “Carmen,” are sharp, almost athletic, minding musical accents with precision. Ocampo’s succession of tour jetés and tours en l’aire ending in clean and soft landings are a match for Parungao’s breathless and steady fouttés. Monica Gana and Ronelson Yadao are elegant in their lyrical treatment, Gana exhibiting feminine grace, juxtaposed by Yadao’s masculine and commanding demeanor. Victor Maguad and Jemima Reyes have a more playful take, without ignoring fluent and articulated moves. Maguad, in particular, is effortless in his multiple pirouettes prefaced by a strong, open-chested preparation, closing in a clean and calm fifth, making the feat seem so effortless.

When Nañas was commissioned by Reyes to choreograph “Snow White,” the only reference points she had were the fairy tale of the Brothers Grimm and the cartoon of Walt Disney. There was no existing music score. By listening to music for hours based on a selection of music curated by Rudy Vidad, (a friend of the company, a music lover, also an excellent dance photographer), Nañas pieced together a score. Arturo Cruz designed the costumes and the set where the cottage “opened like a Polly Pocket playset,” she recalls. For this staging, the production staff is restoring and recreating this original set.

All four mentors have taken note of how social environment has changed the assimilation of dance through the years.

Gaongen, in his time with Ballet Philippines, was known to be one of the stronger and more athletic dancers. He left the country to be a Fullbright scholar at Ohio State University and now works with Agnes Locsin in Davao. Locsin was one of the company’s most brilliant choreographers known for her neo-Filipino contemporary genre.

Typically, Nañas has finished the restaging ahead of schedule, giving her even more time for refinements.

“I love fairy tales and I love comedy, so I decided to put the two together in “Snow White,” which is my favorite fairy tale,” just as it has become a favorite to many, well-loved enough to be restaged a fifth time. —CONTRIBUTED