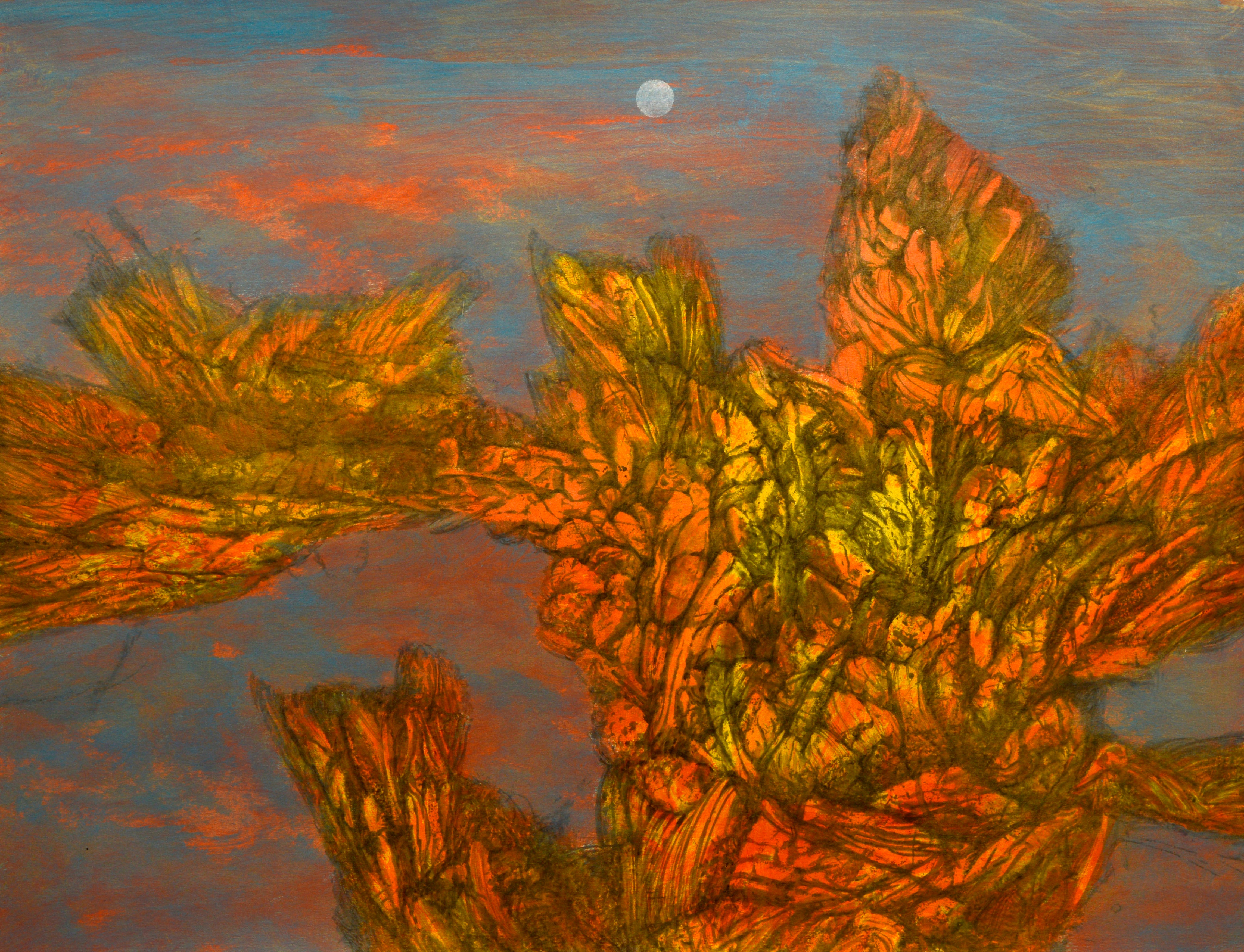 Fundacion Sanso is pleased to present “Separate Paths, Similar Visions,” featuring landscapes of acclaimed pillars of Philippine Modernism: Justin Nuyda and Juvenal Sanso. Focusing on the landscape, a subject both artists are known for, a dialogue is established between the two artists who brought their take on Philippine Modernism to separate paths, as their experiences are vastly different.

On the one hand, Juvenal Sanso explored and painted the Brittany shores, painting it constantly for more than 50 years, evolving his renditions to factual sketches to poetic surreal landscapes to focus on solitude as he exorcised his traumas of war. On the other hand, Justin Nuyda would paint iridescent abstracted landscapes that celebrate the glories of nature, in as much as they express his quest for his unique style.

Juvenal Sanso, the elder of the two artists, has always expressed a preference for the landscape. Even as a student of the University of the Philippines, after the war, Sanso painted views of Manila and its environs, done in a more traditional style, to submit to his teachers, which included the renowned master of Philippine light, Fernando Amorsolo.

These works, among others, are included in the core collection of Fundacion Sanso. Upon reaching Europe, and establishing a deep friendship with Yves Le Dantec in the mid-1950s, Sanso would explore the Brittany coasts of France every summer as he visited the Le Dantec family.

The annual visits would yield hundreds of sketches done onsite, and would form the basis of landscapes associated by many with Sanso.

His first return to Manila in 1957, after six years of absence because of his advanced studies in art in Paris, would also inspire him to create desolate landscapes inspired by the worn-down, makeshift appearances of fish traps and shanties he found in Manila and the coastal town of San Dionisio.

He would transform these images into cityscapes and vast landscapes without any human presence, which a Parisian reviewer would describe as “vibrant one with an ample and grave poetic presence.

This artist has lived all the tragic realities of human existence; but, through the magic of his love for art he has sublimated them to the point of being able to offer us, beyond all atrocities of war, dramatic events and desolations (these were his subject of meditation in his earlier works) a great harmony.”

For Sanso, these landscapes were an escape for the traumas of war. And as he came to terms with them, so did his landscapes transform from dark, lonely landscapes, to vast primeval worlds, where the presence of man seemed minuscule.

Justin Nuyda, on the other hand, got acquainted with the grandeur of the landscapes as he climbed mountains in search of rare butterflies.

A very respected lepidopterist, with several butterflies named after him, Nuyda started climbing Philippine mountains like Kitanglad, Halcon, Apo and countless other difficult and inaccessible terrain, in search of new species of butterflies to add to his famed collection.

As a young man in the early 1960s, he has conquered the mountains of Mindoro, Palawan and most of Luzon.

In 1975, in recognition of his contributions in the field, a butterfly was named after him, and several others would follow over the years.

Overtaken by the majesty of the views, he would distill these into abstract landscapes with rare colors taken from the jewel-wings of butterflies.

An early abstractionist, he would create landscapes that are, like Sanso, devoid of human presence, in a style that fuses traditional orientalist brushwork, with dazzling colors of a futuristic age.

Both Sanso and Nuyda present the landscape in very different pictorial languages. But both of them would extol the majesty of the landscape, and transform it into an innerscape of solitude and transcendence.

“Separate Paths, Similar Visions,” featuring landscapes Justin Nuyda and Juvenal Sanso, will open at Fundacion Sanso, on Nov. 27 (Tuesday), 6 p.m., in time for Juvenal Sanso’s 89th birthday. It will run until the first week of December.