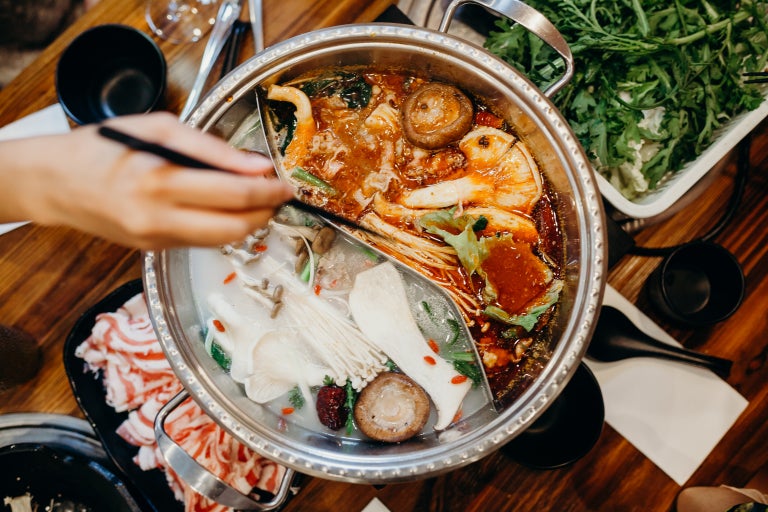 Chinese hot pot, katsu and bings to trend in 2019 — report

A trendspotting report predicts that the flavors of Eurasia, Taiwan and China’s Szechuan region will enjoy the gastronomic spotlight in 2019.

Restaurant consultancy group Baum + Whiteman has released its annual trends report, which aims to predict the kinds of foods and flavors that will become increasingly popular in 2019.

Here’s a selection of their predictions:

Immigrants from countries like Kazakhstan, Tajikistan, Azerbaijan, Uzbekistan, or what the consultants call “The Stans,” are taking with them the flavors and foods of their heartland, using tarragon, spinach, cilantro, dill, garlic, chive and parsley in new and tasteful ways. Formerly lumped together as “Turkish food,” the flavors of Eurasia will offer chefs new ideas on how to prepare eggplant, noodles and beans, liver and meat.

Move over dim sum. Look out for a Chinese hot pot restaurant to open at a plaza or neighborhood near you, as the fiery cauldrons of spicy communal soup continues to gain in popularity in 2019. Along with independent restaurants, chain restaurants like Little Sheep Mongolian Hot Pot, HaidiLao and Hubby Cattle specializing in hot pot have been popping up around the world.

Next year may very well be the year many consumers discover the tasty Chinese street food “bings” for the first time. Special to northern China, the burrito-like chunbing (or spring pancake) is a thin wheat flour wrapper which acts as a vessel for tasty fillings like braised meats, stir-fried vegetables. Jian bings, on the other hand, could be described as less burrito, more crepe-like, with its egg filling and sweet and savory sauces, making it a popular breakfast option.

The Japanese version of the fried pork cutlet is also predicted to become more popular on restaurant menus next year. Made with crunchy panko breadcrumbs and traditionally served with a tangy sauce and coleslaw, katsu is a people-pleaser. JB