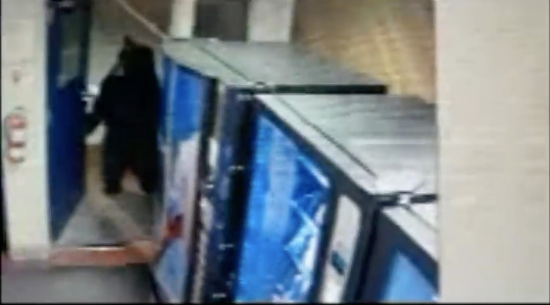 The California Highway Patrol (CHP)-Donner Pass division caught on camera a big bear wandering in its facility not once, but twice.

On the bear’s first visit, it stood on two legs and opened a door to a room within police premises in the town of Truckee. He then went down on all four legs and entered the room.

“We had an unexpected visitor last night at the facility,” authorities wrote on their Facebook page last Sunday, Nov. 18. The video of the first visit has garnered over 164,000 views, as of this writing.

We had an unexpected visitor last night at the facility.

The bear decided to drop by again days after. In another video posted by the police on Saturday, Nov. 23, the animal returned to the premises, this time preferring the parking lot. As documented by the surveillance video, the bear can be seen coming out from a bush and approaching an unspecified object.

“Our bear friend made a return visit,” the group said about the bear’s return. The second video also attracted attention, so far garnering nearly 9,000 views.

In Connecticut last August, a bear recently invaded a home to steal sweets from the pantry. Another bear broke into a vintage car in Alaska last July, to get some delicious cookies. JB