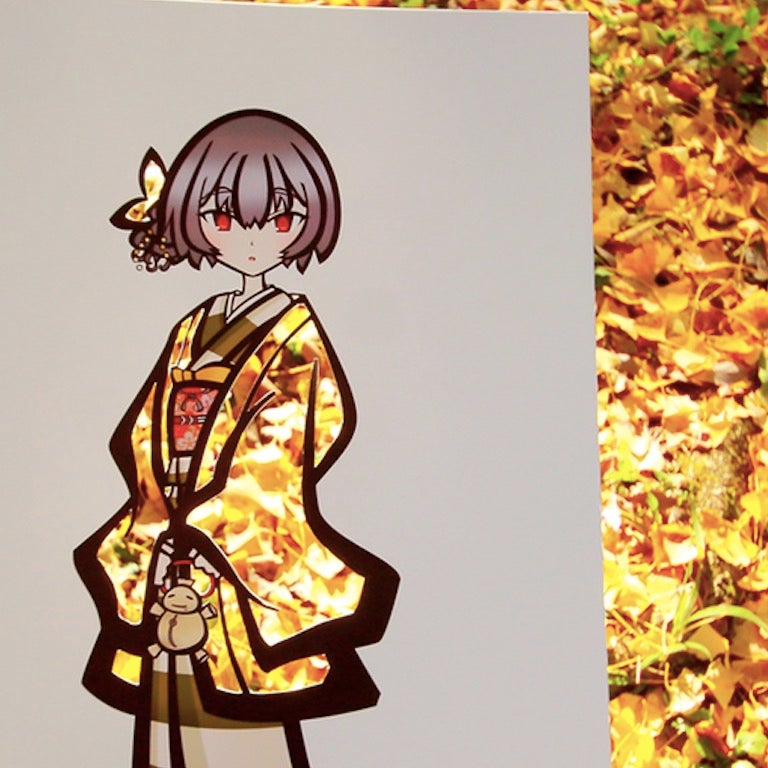 A Japanese artist added life to illustrations with splashes of color from nature itself.

Illustrator and Twitter user Kotetsu (@kotetsu_of) recently drew a series of illustrations that caught the attention of fellow Twitter users because of their vibrant colors. But rather than being the one to take credit for the color work, Kotetsu borrowed from mother nature through the Japanese art of paper cutting called “kirie,” as reported by SoraNews24.

Kotetsu took full advantage of Japan’s current fall season and added its warm colors to his kimono girl. The artist did this by cutting out parts of of the illustration where the outer layer of the kimono would be. Kotetsu then held up the illustration against a scenery to “paint” the spaces with the different colors of fall.

The illustrator then matched the girl’s expression of different scenery to properly convey the emotions the artwork portrayed.

Kotetsu’s earlier works also borrowed from nature to paint different colors on another girl’s dress with blue-sky patterns, sunny yellow leaves, and a mix of blue and green.

With winter fast approaching, it’s a wonder how Kotetsu will make use of snow-blanketed landscape to “color” future artworks.