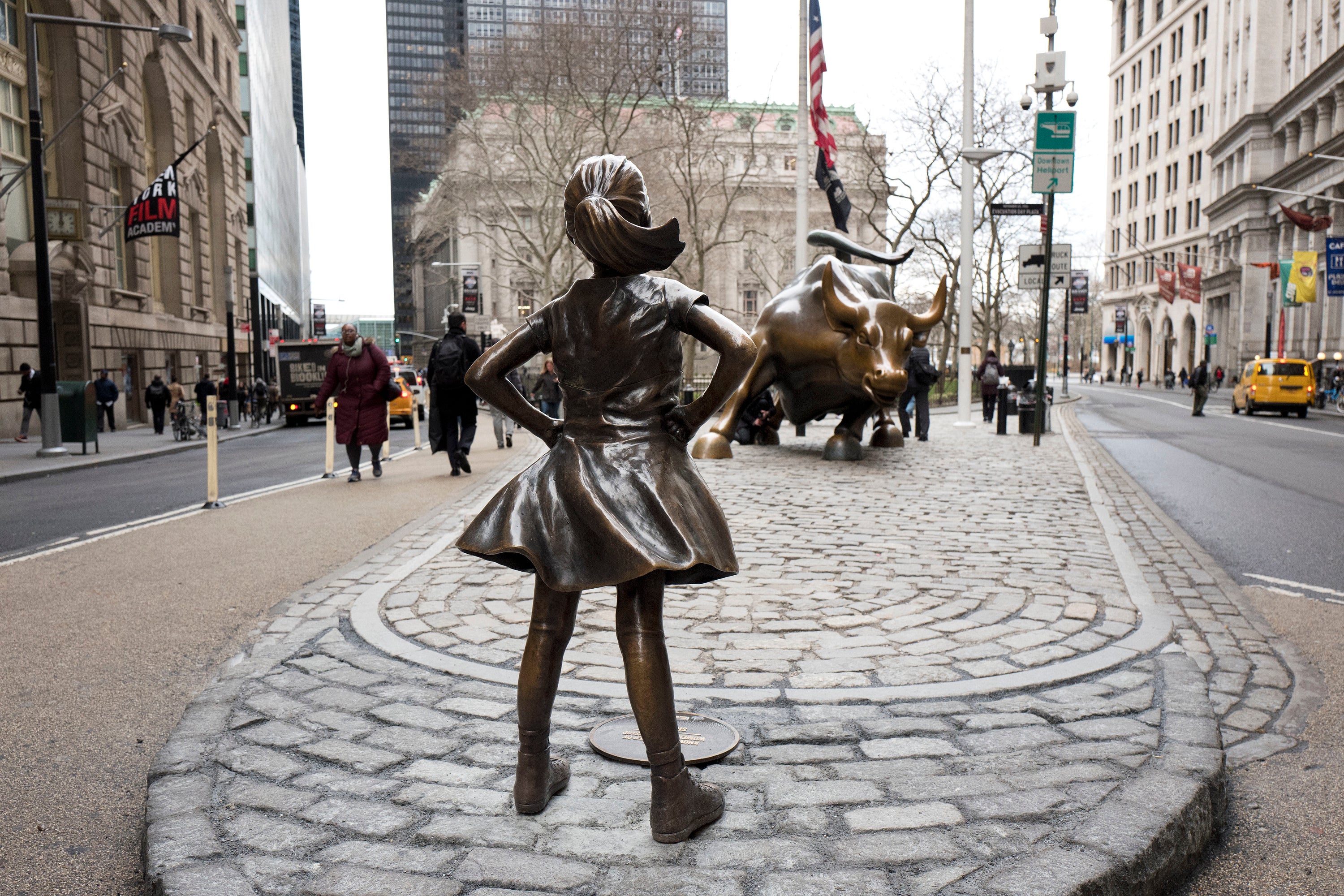 ‘Fearless Girl’ statue is no longer staring down ‘Bull’

NEW YORK (AP) — The “Fearless Girl” statue that inspired millions with her message of female empowerment has been plucked from her spot opposite Wall Street’s “Charging Bull” and will be reinstalled in front of the New York Stock Exchange by the end of the year, officials said Wednesday.

The Boston-based financial services firm State Street Global Advisors said the sculpture of a defiant-looking young girl was moved Tuesday night. No date for her re-installation at the stock exchange was given.

A plaque with two footsteps marks the girl’s former spot on a traffic island near the tip of Manhattan. “Fearless Girl is on the move to The New York Stock Exchange,” the plaque reads. “Until she’s there, stand for her.”

The hands-on-hips bronze statue was intended as a temporary display when State Street installed it in March 2017 to encourage corporations to put more women on their boards. City officials extended her stay after she became a favorite with tourists, who lined up for selfies with the 4-foot (130-centimeter) bronze celebrity.

One person who was not a fan of the statue was Arturo Di Modica, the artist who created “Charging Bull” and installed it in lower Manhattan in 1989 without permission. Di Modica complained that his 11-foot-tall bull was meant to embody “strength, power and love,” but having “Fearless Girl” face off against his work had turned the bull’s message into something negative.

“The girl is right in front doing this, ‘Now I’m here, what are you going to do?'” Di Modica said last year.

City officials, meanwhile, announced in April 2018 they would move both statues about three blocks away to the stock exchange because the crowds of pedestrians clustered around the statues presented a traffic hazard.

A spokeswoman for Democratic Mayor Bill de Blasio said details on when the 11-foot-tall (3-meter-tall) bull would be moved and where exactly it would be placed were not available.

Di Modica has maintained the city has no right to unilaterally move “Charging Bull.” Noman Siegel, an attorney for the Italy-based artist, said Di Modica had no immediate comment Wednesday on the bull’s potential relocation.

Louvre to open one Saturday night a month for free