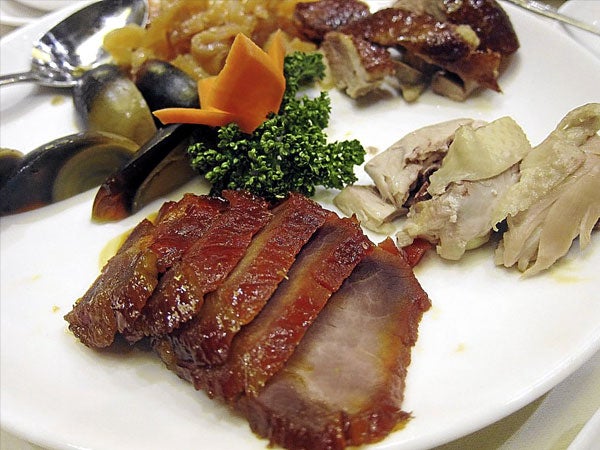 Filipino With a Chinese Spirit (Or vice versa)

The Manila Hotel has important memories for the generations that grew up with Presidents Ferdinand Marcos, Cory Aquino and Fidel Ramos. But former President Ramos, in efforts to privatize the hotel, bid it out   and in a controversial sale (a Malaysian firm also presented a bid), the Manila Hotel was purchased by a company owned by Manila Bulletin publisher Don Emilio Yap.

Since then, the hotel has lost the aura it had in yesteryears. The Champagne Room that saw many a debut and wedding, the Tap Room where dashing debonair gentlemen met, the best bibingka and puto bumbong during the Christmas season, and of course, that vast lobby that held many a concert.

Throughout the late ’90s to the 2000s, when Manila Hotel started putting up styrofoam signages and cardboard signs, it seemed that the only thing that kept the press covering Manila Hotel was Neal Cruz’s Kapihan sa Manila Hotel on Monday mornings.

Enter Ginny Banaag, the low key PR extraordinaire who started her career at the Hyatt, which saw the beginnings of the careers of singers like Kuh Ledesma, Zsa Zsa Padilla and Celeste Legaspi. Soon, writers like Teddy Montelibano were hyping up jazz singers at the Tap Room (including Sandra Viray and Cookie Chua), the return of Catherine Zarandin to the Champagne Room, and the “sumptuous” cooking at the Mabuhay Palace, a Chinese restaurant.

The name cracked me up and so I headed over.  But no one could answer the million dollar question: why is this Chinese restaurant named Mabuhay???

The only explanation is that Don Emilio Yap said this should be its name. And so it was christened. And so it is. Maybe it’s a statement meant to show that like him, the restaurant is Filipino but with a Chinese spirit, or vice versa. Maybe it is an ode to the Filipino-Chinese community. Whatever it is, it’s interesting.

The interiors were well thought out. There are jade carvings on the walls that tell the life story of Confucius. The artwork is so intricate it belongs in a museum. As you enter, there are two jade vases that welcome you. They are so green I am almost sure its value can cover the senatorial bid of an unpopular candidate. It is obvious that there were high hopes for this restaurant when it was conceived.

Unfortunately, it is quite empty. The waiters share that the restaurant has been in existence for two years but somehow, business has not quite picked up. That is surprising, considering the Chinese population in Manila. Might it be because the restaurant’s name is not Chinese? On the other hand, it could simply be that no one knows that it’s around or been around.

The menu is quite extensive, as is the practice in respected Chinese restaurants. Soups begin with Bird’s Nest and list other favorites like the Hot and Sour Soup and the Winter Melon Soup. This is followed by starters, meats, poultry, seafood, live seafood, and finally dessert. The servings include solo portions for the light eater and huge portions for sharing.

The most interesting part of the menu is the Vegetarian Section. This offers Vegetarian Abalone, Vegetarian Eel in honey glazed sauce, Vegetarian Peking Duck and even Vegetarian Rice. At first it seems ignorant – how can duck be vegetarian? But it’s vegetarian heaven and I would highly recommend this restaurant to vegetarian friends. A bite into the rolled flat bread reveals no duck at all but seaweed, bean curd, mushrooms, cucumber and carrots in its place – while  tasting exactly like an order of Peking Duck! Of course you can opt for the real thing; Peking Duck at Mabuhay is quite commendable.

Some items are humorously  “mabuhay”! The Mabuhay Roast Chicken, we laughed, is very similar to Max’s Fried Chicken. A light, crispy skin that is not drowning in oil, with beautifully tender meat. We wanted to ask for banana ketchup. But who can resist Max’s Fried Chicken, right? I would attach my name to it too if I could!

Other items are satisfying but don’t necessarily make you crave for more. The steamed garoupa and the stir fried beef tenderloin, for instance, are definitely reliable.

On another upside, there are the standouts that are unique to Mabuhay Palace. For dessert, the salted egg ice cream is a must. While quite unusual, it boldly takes on the dessert trend of mixing salty with sweet, reminding me of the chocolate cake of Monique Eugenio that has sea salt atop it. Or the chocolate filled buchi –similar to the one at New World restaurant’s Jasmine – where instead of the usual ube filling, it’s chocolate that oozes out of the buchi. Then there’s the P1,250 chilled and sweetened bird’s nest in coconut milk. These definitely make the trip to Mabuhay Palace something to talk about!

Service can be slow but definitely friendly. The waiters will accommodate your requests if you give them time. Best of all, parking is free.

Observing the ambience of the restaurant, you cannot help but conclude that it is truly beautiful. It’s a waste that the seats are not filled. Maybe it has been a little neglected over the years but now that it is determined to make its name known, we should give it a chance.

It would help, of course, if the chefs really poured their hearts into creating a menu that will be Manila Hotel’s own. The name alone reminds me of what Doreen Fernandez once wrote: that many of our dishes are of Chinese origin but through the years have become “Filipinized” – like pancit. Maybe the Don’s vision for Mabuhay is to portray a unification of cultures through food. Let’s hope the chefs accept the challenge instead of putting out old favorites.

In the meantime, let’s feast on the Chinese dimsum they are offering this June. It’s an eat-all-you-can dimsum menu that offers – aside  from a soup of the day and a noodle of the day – siomai, siopao, hakaw, steamed beef balls, spinach dumpling, corn dumpling, xiao long bao, and seven other dumplings. Wash it down with salted egg ice cream.

Then say, “Mabuhay!” (And head over to the Tap Room and listen to some great jazz sung by Cookie Chua or Sandra Viray!) •