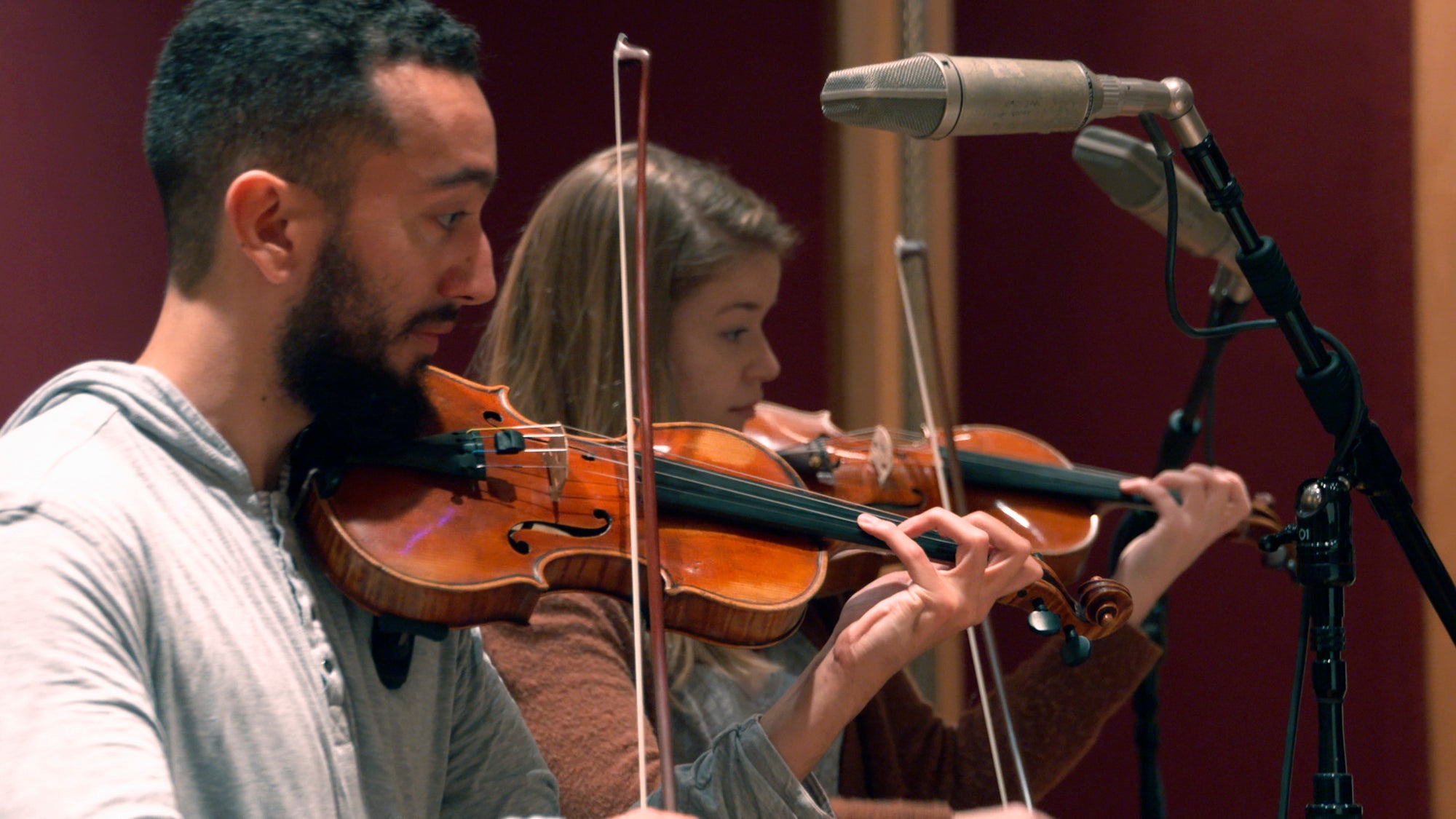 In this Nov. 7, 2018, photo provided by the University of Michigan, student violinists Reuben Kebede and Dana Johnson perform at a recording session in Ann Arbor, Mich., with Contemporary Directions Ensemble recording "The Most Beautiful Time of Life", as it's translated from German to English. The music has not been heard since it was arranged and performed by prisoners in a World War II death camp. The ensemble will perform the piece Friday, Nov. 30, 2018, during a free on-campus concert. The handwritten manuscript was discovered by university music theory professor Patricia Hall while doing research at the Auschwitz-Birkenau Museum in Poland. Image: University of Michigan/Christopher Boyes via AP

ANN ARBOR, Mich. (AP) — The University of Michigan plans to livestream the performance of a musical arrangement not heard in concert since prisoners performed it at Auschwitz during World War II.

University officials said numerous livestream requests came from around the world after The Associated Press published a story Monday about the discovery of the manuscript for “The Most Beautiful Time of Life”.

The piece was arranged by three prisoners and discovered by music theory professor Patricia Hall at the Auschwitz-Birkenau Museum in Poland. It was a popular song in the early 1940s under its original German title.

The livestream is planned for 8 p.m. Friday. The arrangement will be performed at the school in Ann Arbor by the Contemporary Directions Ensemble, which has also recorded the piece.

Hall plans to speak during the concert, which will be recorded. CC