Ryan Cayabyab—‘blessed with greatness of talent, yet his heart throbs with humility’ | Inquirer Lifestyle ❮ ❯ 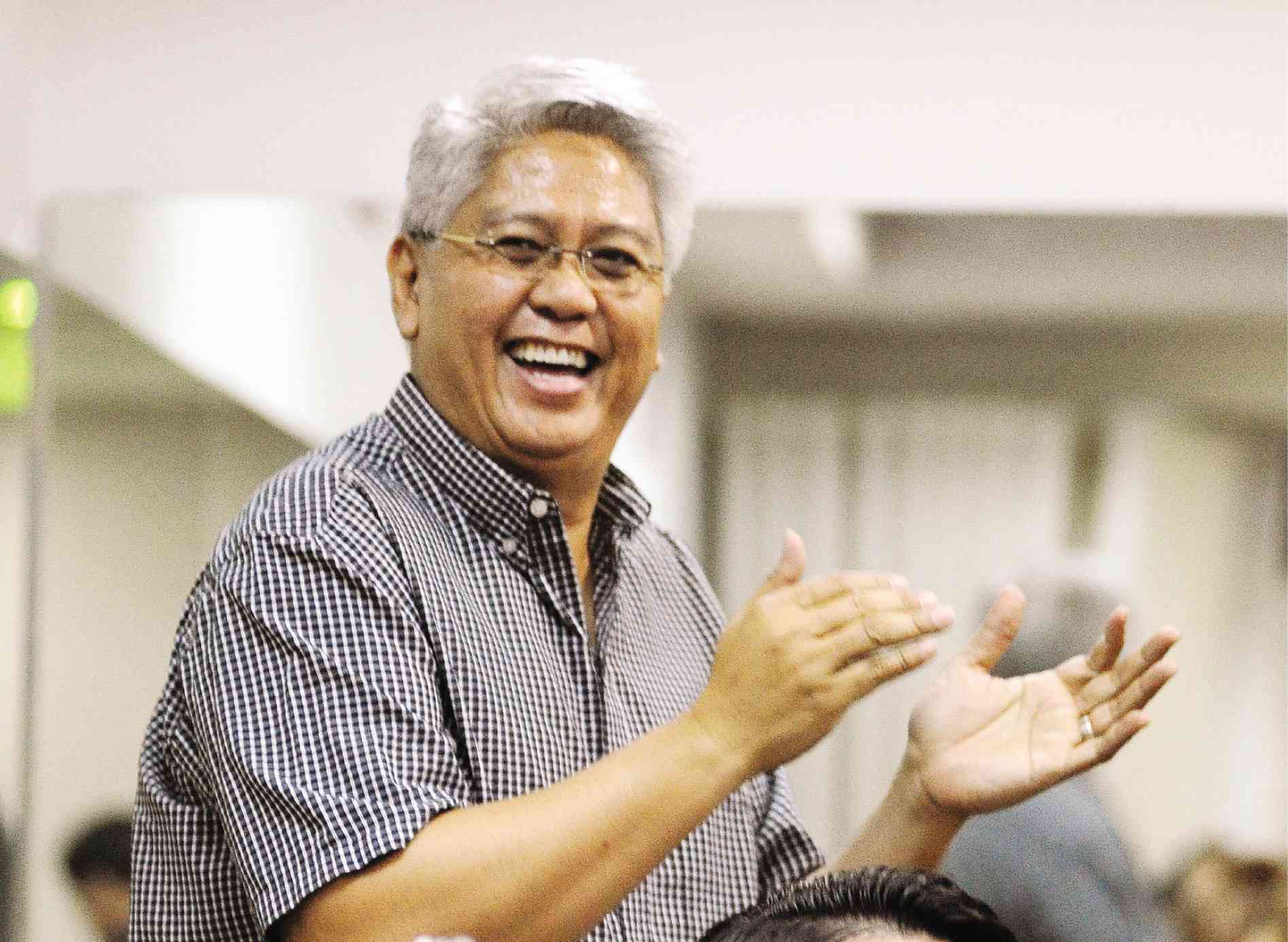 Ryan Cayabyab—‘blessed with greatness of talent, yet his heart throbs with humility’

Ryan Cayabyab is the newest Philippine National Artist for Music, cited for his compositions that “reflect a perspective of music that extols the exuberance of life and human happiness.”

Many people are familiar with his pop songs, among them the award-winning “Kay Ganda ng Ating Musika” and various hits sung by Basil Valdez, Hajji Alejandro, Smokey Mountain and Regine Velasquez, among others.

Almost every choral group in the country has his compositions and arrangements in its repertoire. He is also multi-awarded for his film scores. And he has received the Papal Pro Ecclesia et Pontifice Award for his religious compositions and sacred works.

But his contributions to Philippine musical theater have also been prodigious and considerable. To date, he has composed the music for 15 original musicals, an opera, four dance productions and a musical teleplay.

“Our first collaboration was ‘Manila, Manila: As Time Goes By’ for the annual grand celebration of the Manila Hotel (in the 1970s),” recalls writer and director José Javier Reyes. One of the songs in that musical was “Manila, Manila,” which was used by the Philippine Airlines during that time for its promo.

Reyes and Cayabyab also worked together on “Bituin,” a musical dramatizing the Christmas salubong  that unfortunately was never staged. “That was where the song ‘Kumukutikutitap’ came about,” Reyes adds.

A landmark production in 1980 was the rock opera ballet “Rama, Hari” written by Bienvenido Lumbera (who would also be named National Artist) for which Cayabyab incorporated Filipino kundiman, Indian melodies, Asian percussion and popular tunes.

The songs from “Rama, Hari” became popular on their own, particularly “Magbalik Ka Na, Mahal,” which would become identified with its original singer, Kuh Ledesma.

(“Rama, Hari” was later adapted into a full-length musical, “Rama at Sita,” with additional songs by Danny Tan and Roy Iglesias).

Next for Cayabyab was “Kapinangan,” commissioned by the Metropolitan Theater in 1981. The libretto by Orlando Nadres was based on Ricaredo Demetillo’s “The Heart of Emptiness is Black,” a tragedy in verse which, in turn, was inspired by the Maragtas legend. Directed by Behn Cervantes, the musical featured Robert Arevalo, Alejandro and Kuh Ledesma.

“Katy” would become Cayabyab’s most famous musical in the 1980s. With a libretto by Reyes and directed by Nestor Torre, it is based on the life of the “Queen of Philippine Vaudeville and Jazz,” Katy dela Cruz.

“We had worked with Ryan in three Celeste Legaspi concerts where we would have short original musical portions,” recalls “Katy” coproducer Girlie Rodis, “so a full-length musical was not a stretch.” She remembers that the musical’s reruns meant different casts, but “Ryan would teach cast members patiently.”

“Celeste asked that we write the signature song ahead of the rest—in order to record a single that would identify the musical,” says Reyes. “How could I have known that ‘Minsan ang Minahal ay Ako’ would become an anthem for performers and theater lovers?” he mused.

Rodis and Legaspi would work again with Cayabyab on “Alikabok” (written by Noel Balmaceda). It became a new challenge because it was “purely fictional but [based on] true historical times,” says Rodis.

The run-up to the Philippine centennial celebration gave Cayabyab the opportunity to work on three Rizal musicals with Tanghalang Pilipino and director Nonon Padilla.

First was “El Filibusterismo” (libretto by Paul Dumol and Jovi Miroy), followed by “Noli Me Tangere” (libretto by Lumbera), and “Ilustrado,” about the life of Rizal (libretto by Dumol). “Noli” and “Fili” even toured Japan and Malaysia.

Cayabyab again teamed up with Padilla on “Lorenzo” (libretto by Juan Ekis, Dumol and Joem Antonio), inspired by the life of the first Filipino saint. His other religious-theme musicals were “Magnificat” and “Ang Birhen ng Caysasay” with writer-director Nestor Torre.

Rodis and Legaspi reunited with Cayabyab on “Ang Larawan,” based on National Artist Nick Joaquin’s play “Portrait of the Artist as Filipino,” with libretto and direction by Rolando Tinio, who also became National Artist.

For “Ang Larawan,” Cayabyab requested to hear a reading by actors of the full libretto before he started composing. The musical proved to be very successful, spawning an equally successful and award-winning film version directed by Loy Arcenas.

Reyes only has good memories of his collaborations with Cayabyab. “It’s always an honor, a delight, a joy to write for Ryan. I have never met a man so blessed with greatness of talent yet his heart throbs with humility and endless enthusiasm,” he says.

Director Leo Rialp says directors love to work with Cayabyab: “He is a consummate professional. He would deliver his arrangements on time, and the work he’d come up with was always of a very high level.”

However, he wanted to quit ‘Magnificat’ after doing Act 1 because “it was the most difficult libretto, much like ‘Fili.’”

Dance is even more difficult, “but one can get the hang of it as he works on the material,” he says.

One thing is certain, as far as Cayabyab is concerned. “Musicals are closest to my heart, and writing musicals is something I will never get tired of.” —CONTRIBUTED