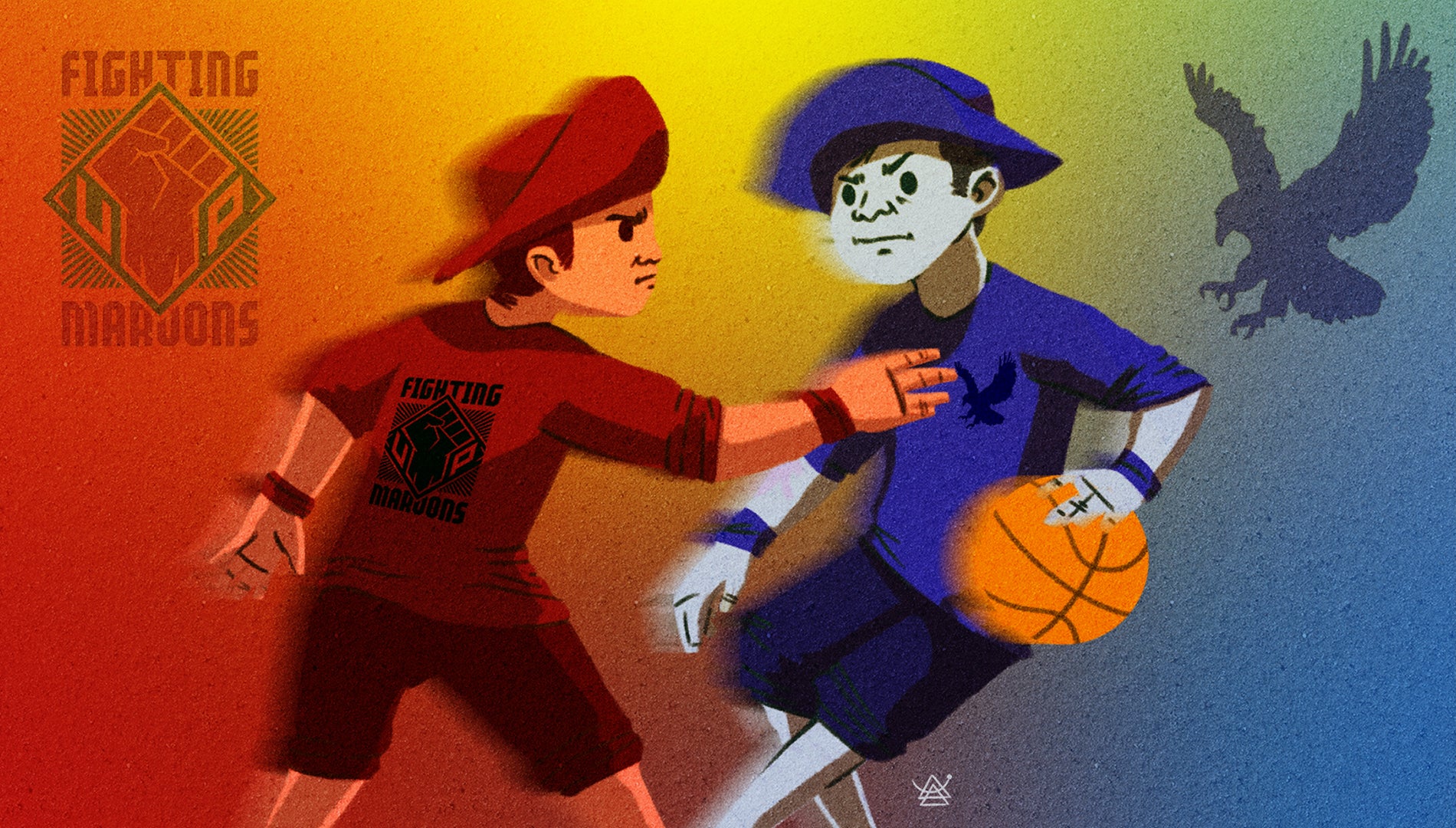 May the best ‘Katipuneros’ win

But, looking back at history, Ateneo’s longtime rival was not De La Salle, and not even San Beda, but UP.

The Blue Eagles’ battles with the Green Archers and the Red Lions may have been fierce in the NCAA and the UAAP, but the Eagles’ match-ups against the Maroons go back further.

In the early 1920s, when the original Ateneo campus was in Intramuros, and UP was in Padre Faura, students of both schools would engage in basketball games.

Ateneo (then known as the Blue and Whites) and UP (Maroon and Greens) became opponents in basketball leagues before the birth of the NCAA—of which both teams were co-founders.

It was due to these matches that the first cheering squad in the country, the Ateneo Blue Babble Battalion, was formed. Its primary aim was to distract the school’s opponents—the cheering squad babbled words to intimidate foes.

The Ateneo-UP rivalry would lay dormant in the NCAA and the UAAP until the late ’80s.

The rivalry would be rekindled in UAAP Season 51 in 1988. Ateneo played against UP in the last game of the elimination round. This was before the Final Four was introduced, and the top two teams would move on to the finals. This was a no-bearing game for Ateneo, since it was assured of at least a tie with main rival La Salle for the championship.

The rough, physical game turned into a brawl. It ended on a scary note when somebody fired a gun to stop the game, with UP leading. But Ateneo won the championship for the second year in a row.

In the UAAP Season 72 in 2009, defending champion Ateneo was poised to sweep the elimination and looked forward to winning another title. UP, which was at the bottom of the standings, was the underdog when it played against Ateneo in the first round.

But UP won the game, effectively ending any talk of a sweep by Ateneo.

In a role reversal of sorts, the Blue Babble Battalion edged out the UP Pep Squad in the cheerdance competition. Ateneo was first runner-up while UP was second runner-up.

The term “Battle of Katipunan” between Ateneo and UP is more geographical than anything else. The games are mostly lopsided, with the Fighting Maroons as cellar-dweller for quite some time.

But this year, with Fighting  Maroons got tired of being the UAAP’s perennial whipping boys and astonishingly advanced to the finals to face its original rival, the Blue Eagles.

The Battle of Katipunan is finally on. This time around, it won’t be just an elimination-round game. It won’t even be to determine which is better of the two schools whose respective campuses are situated along or near Katipunan Avenue in Quezon City. It will be to find out which will be declared King of the UAAP.

To the Blue Eagles and the Fighting Maroons, including the two schools’ avid supporters of students and alumni that will fill up the Mall of Asia (MOA) Arena on Dec. 1 for game 1, the Araneta Coliseum on Dec. 5 for game 2, and in case of a tie-breaker, back to the MOA Arena on Dec. 8, may the best “Katipuneros” win. —CONTRIBUTED