‘Battle of Katipunan’ turns into ‘battle of memes’ | Inquirer Lifestyle 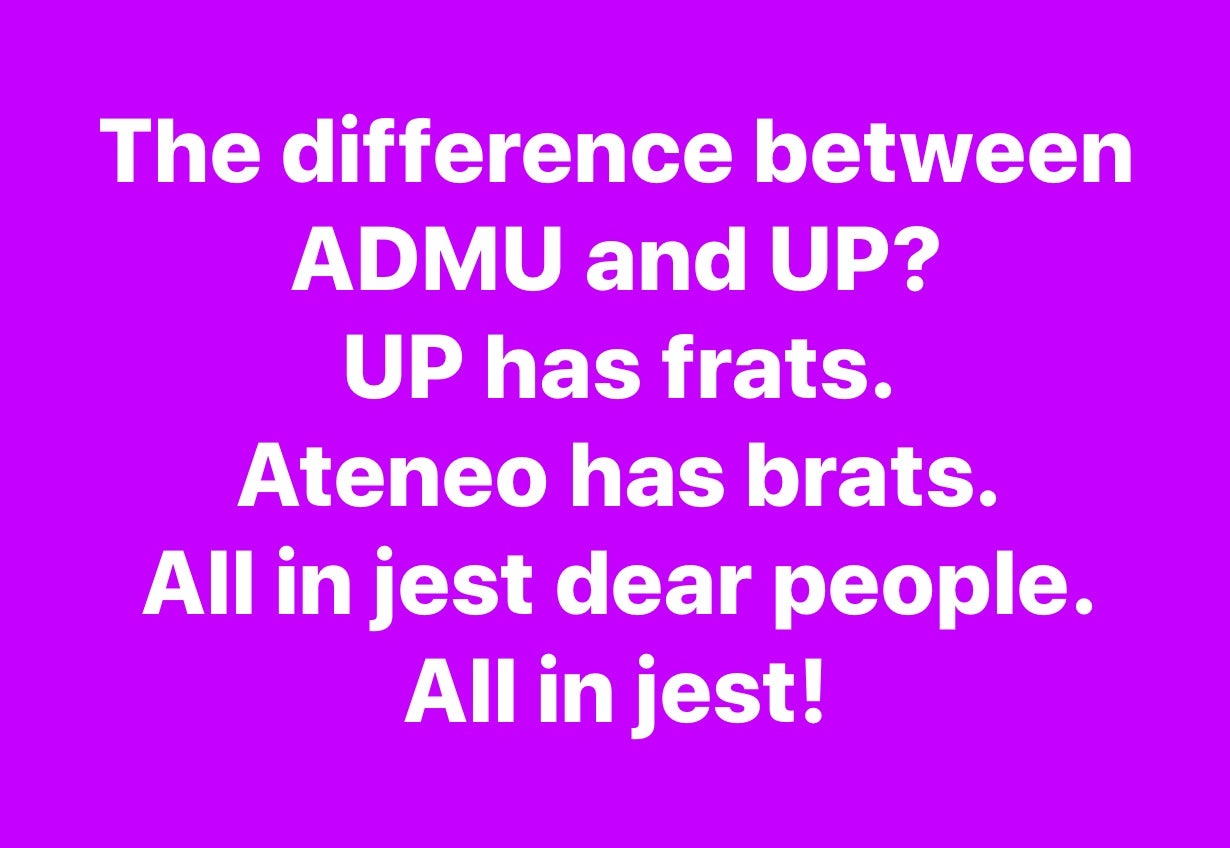 ‘Battle of Katipunan’ turns into ‘battle of memes’

This will be the Fighting Maroons’ first finals appearance since 1987, while the Blue Eagles, their neighbors on the opposite side of Katipunan, are looking to bring home the UAAP trophy for the 10th time.

Fans had a blast online after UP emerged victorious against Adamson in the overtime thriller on Wednesday.

Whatever the outcome of this year’s UAAP men’s basketball championship, it will surely be remembered for years to come.

Here are some of the best tweets and memes: 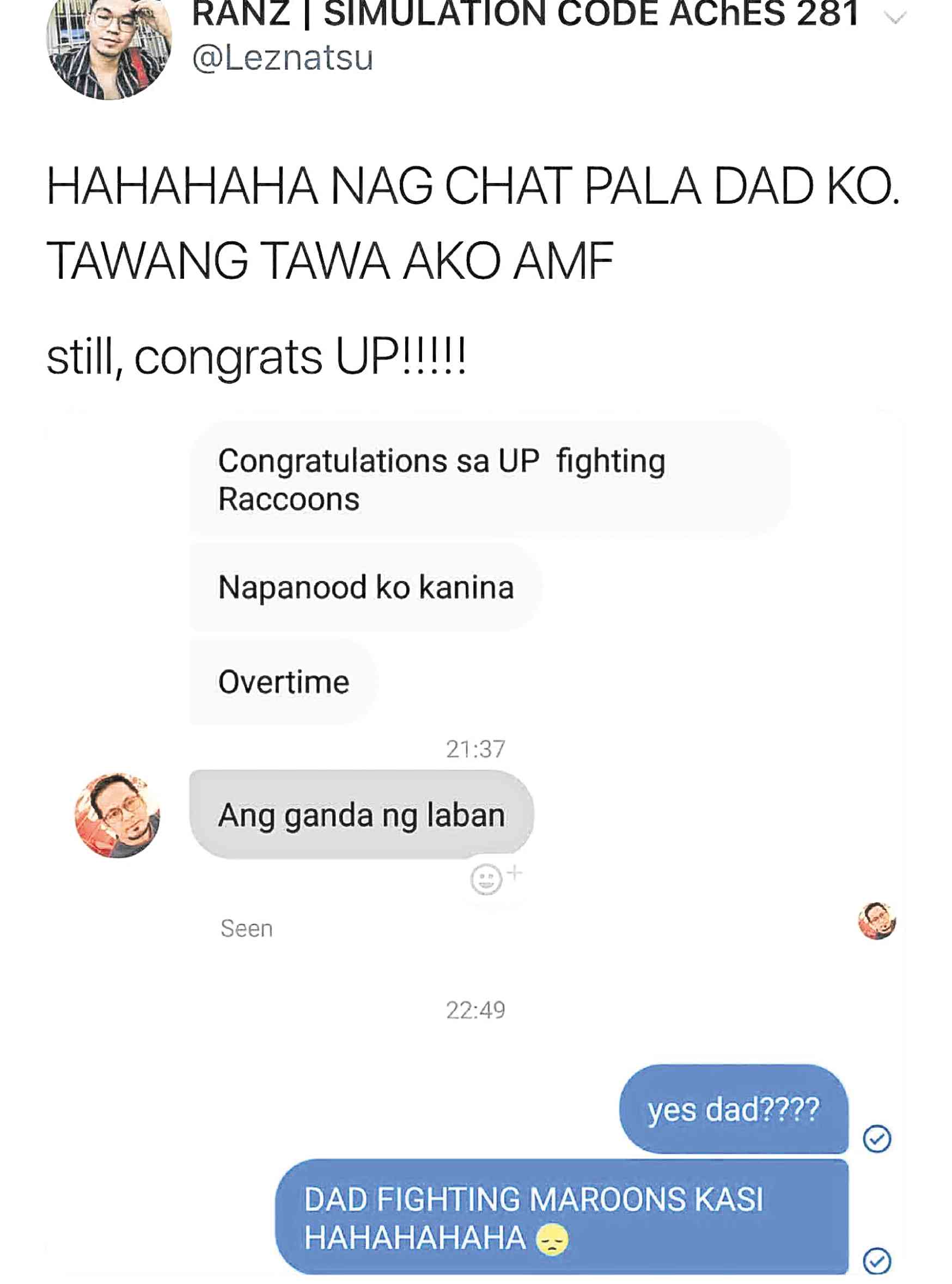 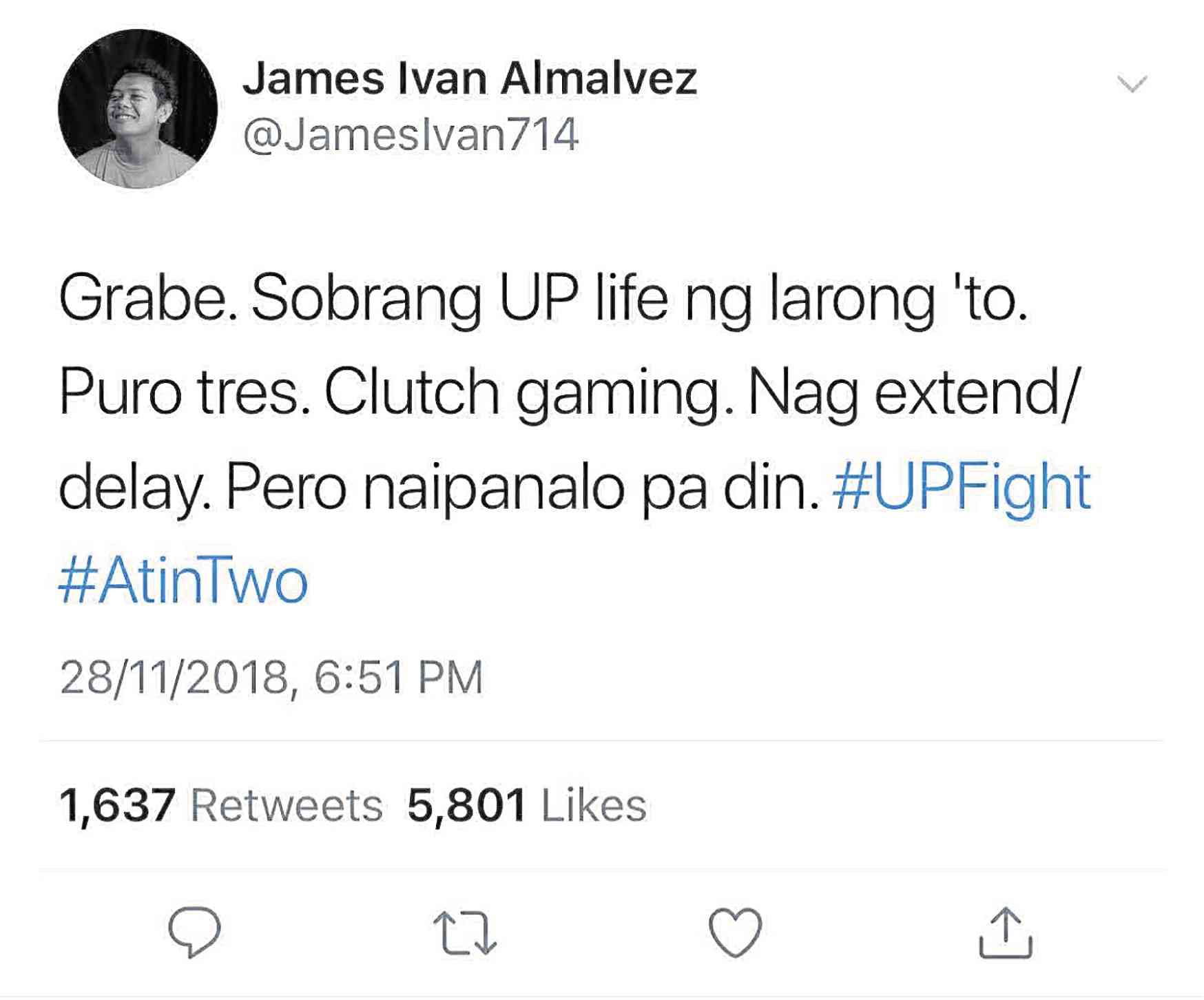 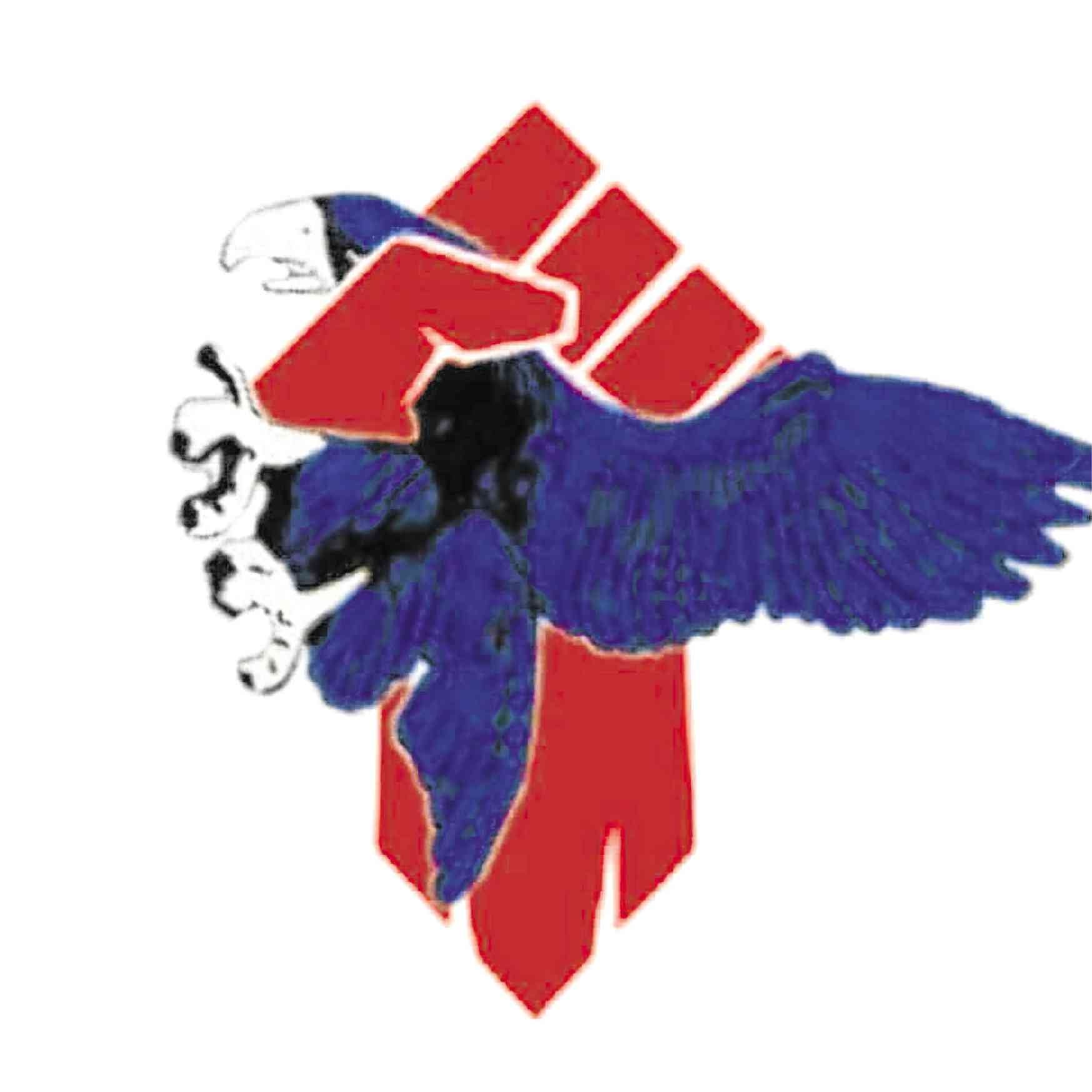 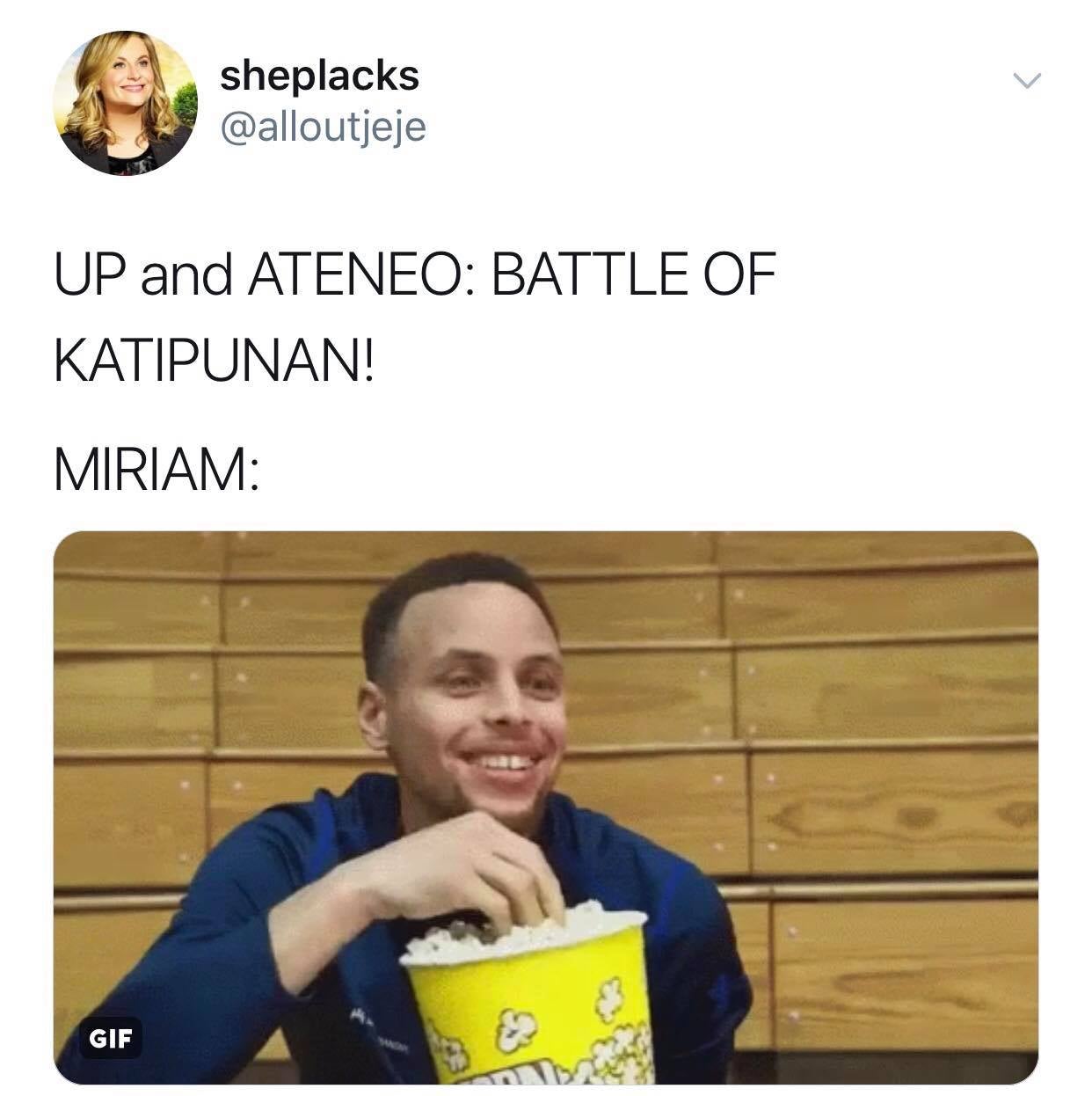