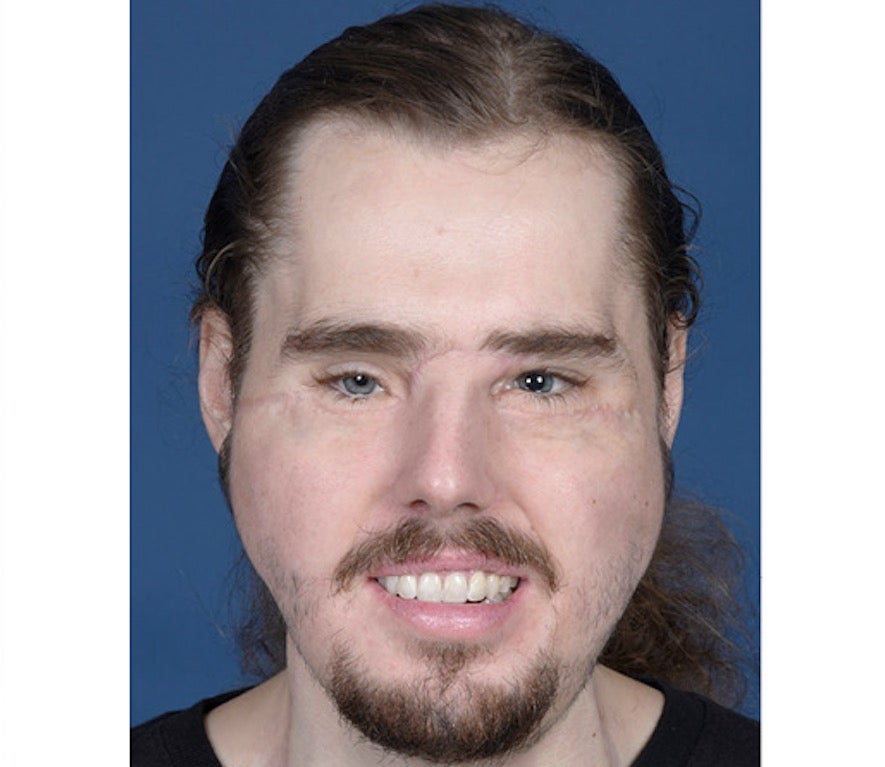 A man from California got a second chance at a normal life after recovering from a successful face transplant surgery early this year.

Cameron Underwood, of Yuba City, California, flew to New York city in January to receive his new face after a donor was found after only six months of waiting, the shortest wait on record so far.

Underwood’s face was severely disfigured due to an incident that happened two years ago. Months after his surgery, Underwood is able to lead a normal life again, thanks to the successful procedure that lasted around 25 hours, according to a statement by NYU Langone.

The team that performed the surgery was led by Dr. Eduardo D. Rodriguez. Much of Underwood’s damaged face was removed and the space left behind was carefully matched with the donor’s face. This meant cutting off what was left of Underwood’s jaw. The donor’s face was then secured using titanium plates.

Underwood’s facial injury was due to a self-inflicted gunshot wound in June 2016. Conventional reconstructive surgery could only do so much even after several procedures. He was missing the majority of his lower jaw, all but one tooth, and his nose, as well as suffering damage to upper face and palate. Needless to say the injury greatly impacted his ability to lead a normal life.

The donor for Underwood’s new face was identified as 23-year-old William Fisher from Manhattan and a brilliant student at the Johns Hopkins University. He is also a registered organ donor.

William’s family, although grieving over the loss of a promising son, was thankful that part of him would live on in Underwood and inspire others.  /ra