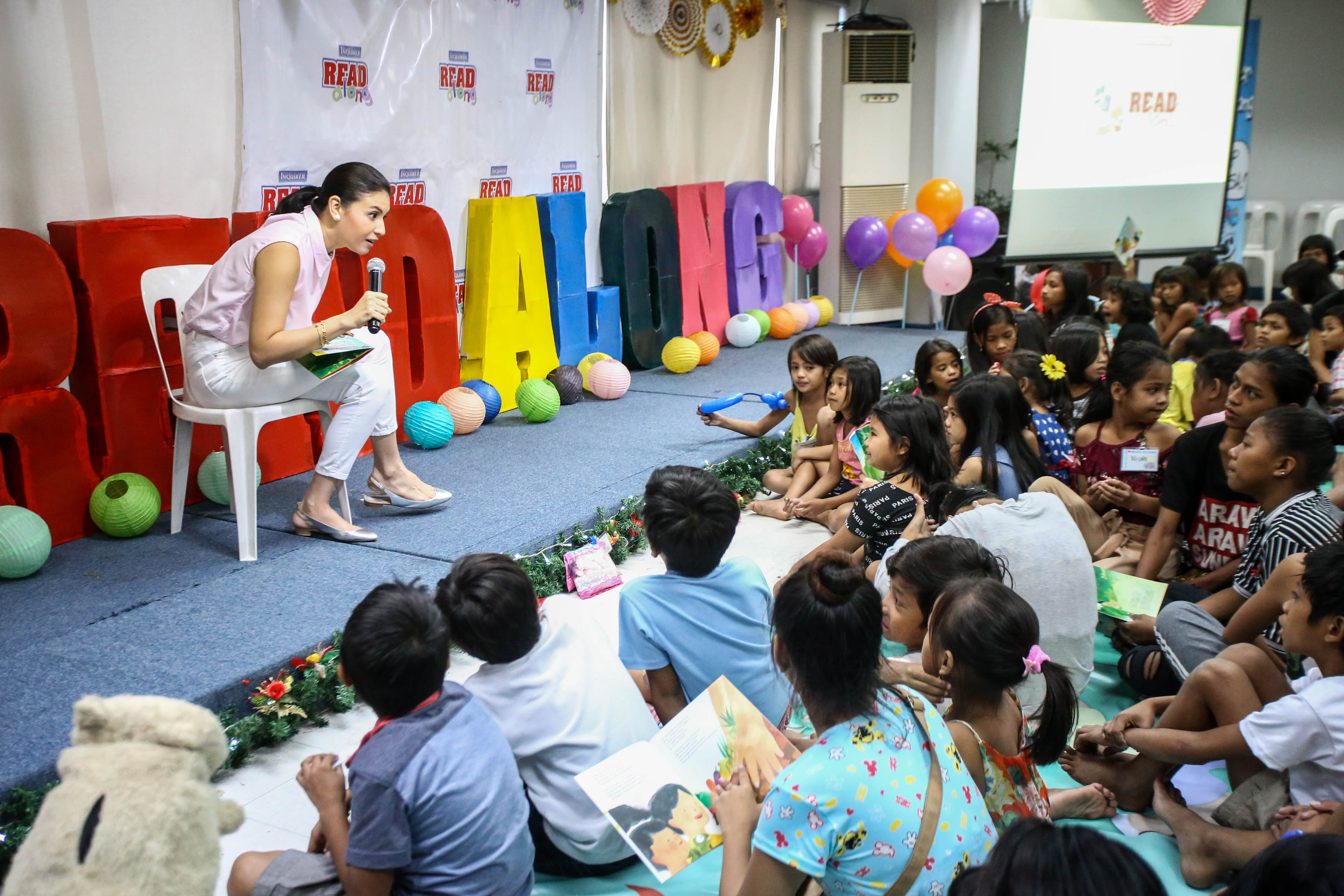 Healthy eating not only nourishes one’s well-being, but also protects and conserves the environment.

About 100 street children learned the impact of healthy living to planet conservation during the special session of Inquirer Read-Along for the Yuletide season at Inquirer office in Makati on Saturday.

David, who was also present during the session, encouraged the children to “eat the rainbow,” as each food color contains vitamins and minerals essential for nourishment.

Virginia Benosa-Llorin, campaigner for food and ecological agriculture of Greenpeace Philippines, urged the participants to eat more plant-based foods and reduce meat consumption to save the environment.

“We must change our mindset and eat more plant-based food. We have to consider its positive impact on the environment aside from the health aspect that we already know,” Llorin said.

Such advocacy is not yet well-known among Filipinos, Llorin said. In the Social Weather Stations survey commissioned by Greenpeace Philippines in June 2017, it found that only 3 of 10 Filipinos believed that eating meat damages the environment.

The nationwide poll also found that majority of respondents consume meat several times in a week. Among those who eat meat, they claimed that it is good for health and it boosts one’s appetite.

All participants were provided copy of the storybook published by Adarna House in collaboration with Greenpeace Philippines and David’s Me & My Veg Mouth. It includes a simple explainer on the effects of meat consumption on the environment, such as water pollution due to animal waste and deforestation to make way for poultry, piggeries or cattle farms.

The morning session was held in cooperation with Greenpeace Philippines and Hands On Manila. /jpv