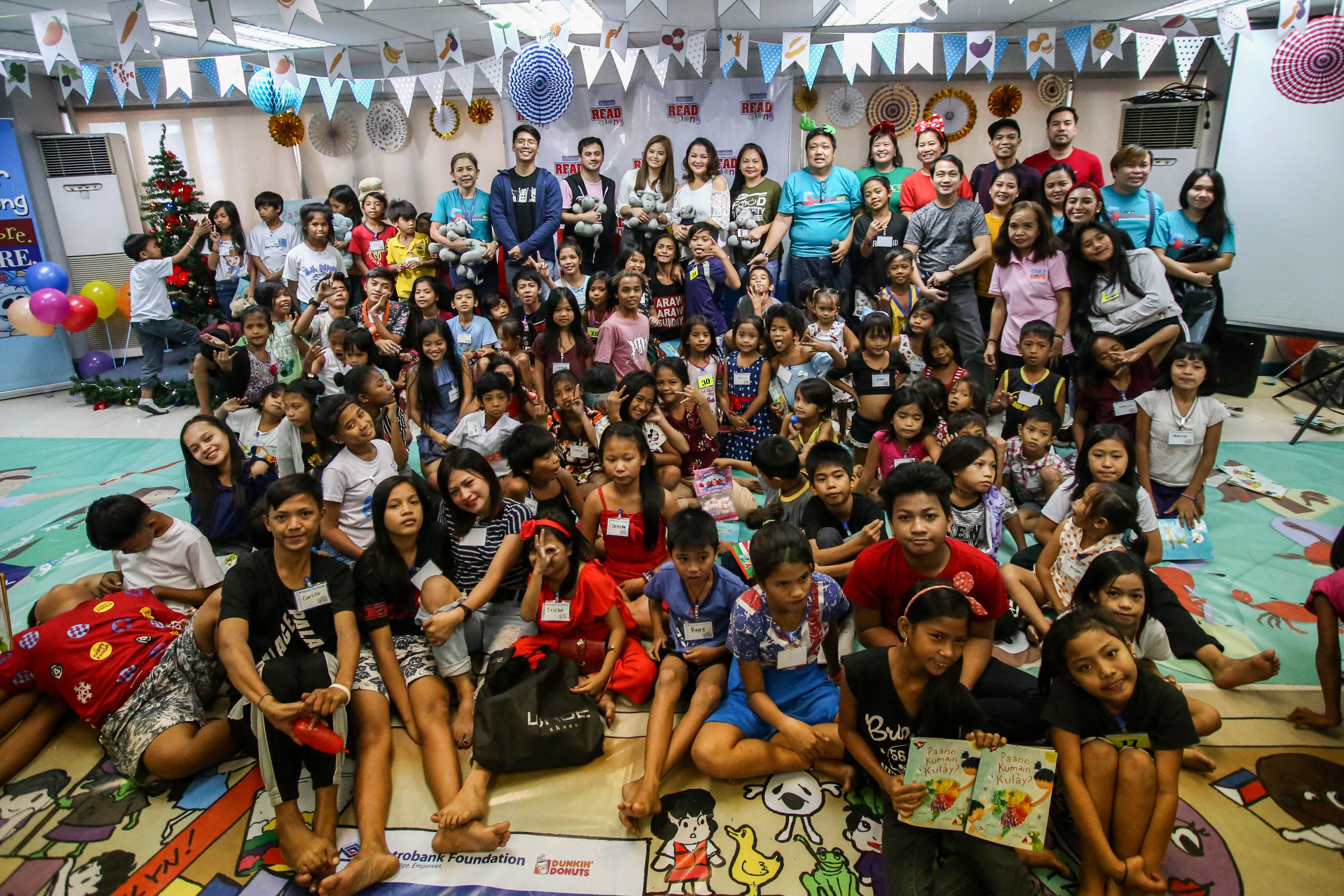 Some 100 street kids join the special session of Inquirer Read-Along for the Christmas season at the newspaper's office in Makati on Saturday morning. INQUIRER photo / JAM STA. ROSA

Christmas is season of forgiving, helping

Everyone deserves a second chance, especially those who had sinned against us.

This was the lesson from the story of veteran theater actress and singer Pinky Marquez to some 100 street children who joined the special session of Inquirer Read-Along for the Christmas season on Saturday.

Marquez read “Ang Hardinerong Tipaklong” by Rose Torres-Yu. The story is about a crooked grasshopper which used to damage a vegetable and flower garden. After being caught by the gardener, the insect was given a chance to change its ways to become the guardian of the garden.

“If someone had sinned to us, give a second chance because we might not know where that person is coming from,” Marquez said.

“We may sanction them for their mistakes out of love, but it is through our forgiveness that gives them hope to become renewed persons,” she added.

GMA actress Bea Binene, meanwhile, read “Nang Magkakulay ang Nayon” by Susan dela Rosa Aragon. It tells how the townsfolk worked together to transform their dull and dusty village into a colorful and vibrant place.

A returning storyteller, Binene encouraged kids to be hardworking and others-oriented.

“Simple act matters because it could lead to a life-changing result,” Binene said.

Professional storyteller Rich Rodriguez read Rene Villanueva’s “Si Emang Engkantada at ang Tatlong Haragan,” about three brats who, after being cast into a spell by an enchantress for destroying her garden, learn to take care of their surroundings.

After the session, participants were treated to plant-based lunch meals and storybooks from Greenpeace Philippines, hams from Hands On Manila Foundation and doughnuts from Pridez Foods Services.