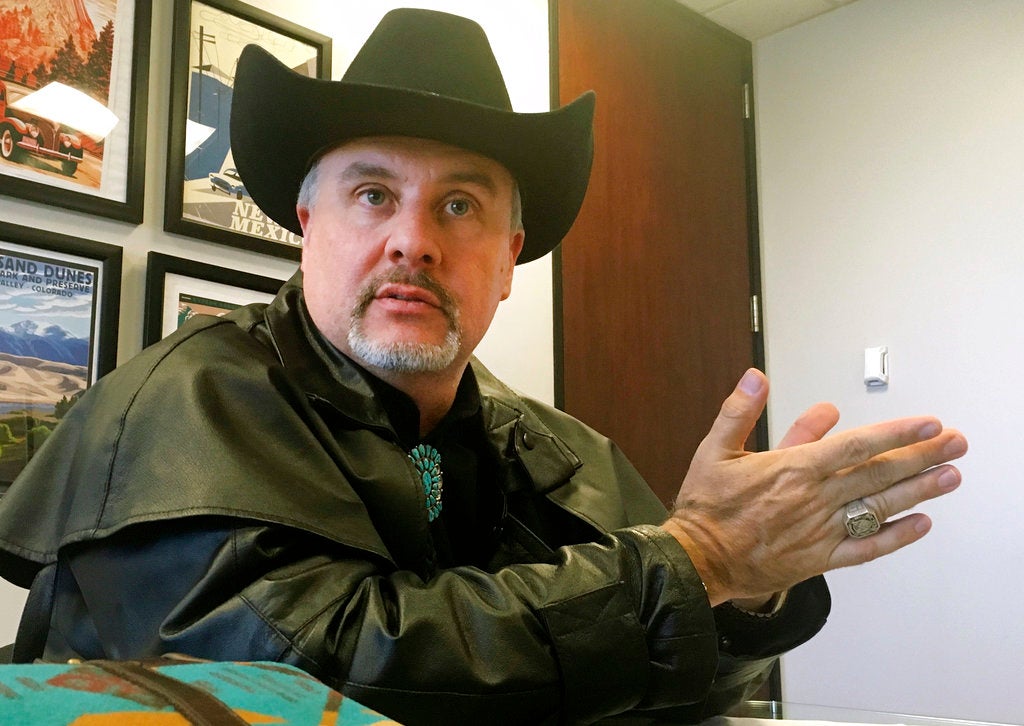 In this April 26, 2018 file photo, Gavin Clarkson of Lac Cruces, N.M., speaks at the Albuquerque bureau of The Associated Press. A District of Columbia clerk refused to accept Clarkson's state driver's license for a marriage license because she and her supervisory believed New Mexico was a foreign country. (AP Photo/Russell Contreras, File)

LAS CRUCES, N.M. (AP) — A District of Columbia clerk and a supervisor refused to accept a New Mexico man’s state driver’s license as he sought a marriage license because she and her supervisor believed New Mexico was a foreign country.

Gavin Clarkson told the Las Cruces Sun-News it happened Nov. 20 at the District of Columbia Courts Marriage Bureau as he tried to apply for a marriage license.

After approaching the clerk for a license and showing his New Mexico ID, Clarkson said the clerk told him he needed an international passport to get the marriage license.

Clarkson said he protested to a supervisor, who also told him that he needed a foreign passport.

The clerk finally concluded New Mexico was a state after Clarkson objected three times. The clerk granted the license to Clarkson and his fiancée.

“She thought New Mexico was a foreign country,” Clarkson said of the clerk. “All the couples behind us waiting in line were laughing.”

Clarkson, who is an enrolled member of the Choctaw Nation, said if he’d had his tribal identification card he might have had an easier time than showing his New Mexico driver’s license.

In a statement, the D.C. courts system acknowledged the staff error to the Sun-News.

“We understand that a clerk in our Marriage Bureau made a mistake regarding New Mexico’s 106-year history as a state,” Leah H. Gurowitz, spokeswoman for D.C. Courts, said in an email. “We very much regret the error and the slight delay it caused a New Mexico resident in applying for a D.C. marriage license.”