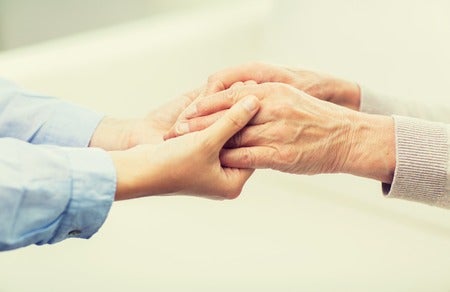 What are you willing to do to take care of your mother? For a 37-year-old man in Chongqing, China, it is carrying her on his back, as he moved from town to town, for 15 years.

Wang Xianqiang dropped everything behind when his father, who was taking care of his paralyzed mother Tian Jinggui, died in 2003, as reported by People’s Daily via South China Morning Post on Friday, Nov. 30. His selfless sacrifice touched the hearts of the Funiu village committee who gave him a job as a cleaner and helped him apply for welfare.

Because of their help, Wang will also receive a government-subsidized house built especially for him and Tian.

Apparently, Wang’s determination to provide for his mother went viral on Chinese social media, the report said. The 37-year-old was inundated with promises of wheelchair donations from netizens.

Wang who had a stable job before the death of his father, returned home to collect his mother and find another job in the city. Wang had to carry Tian on his back while searching for work because his mother suffers from car sickness.

His search for a workplace that will give him time to attend to his ailing mother brought him to different places in China, the report stated. While he would promise prospective employers he would accept lower wages if they would allow his request, he was more often turned down for “asking too much.”

Wang was able to find a stable job in 2015 at a clothing factory which only opens every six months. In August, the mother and son went back to Funiu while the factory was closed. It was also during that time when the village committee formulated a plan to lend a helping hand to Wang and Tian. Kate Matriano/JB