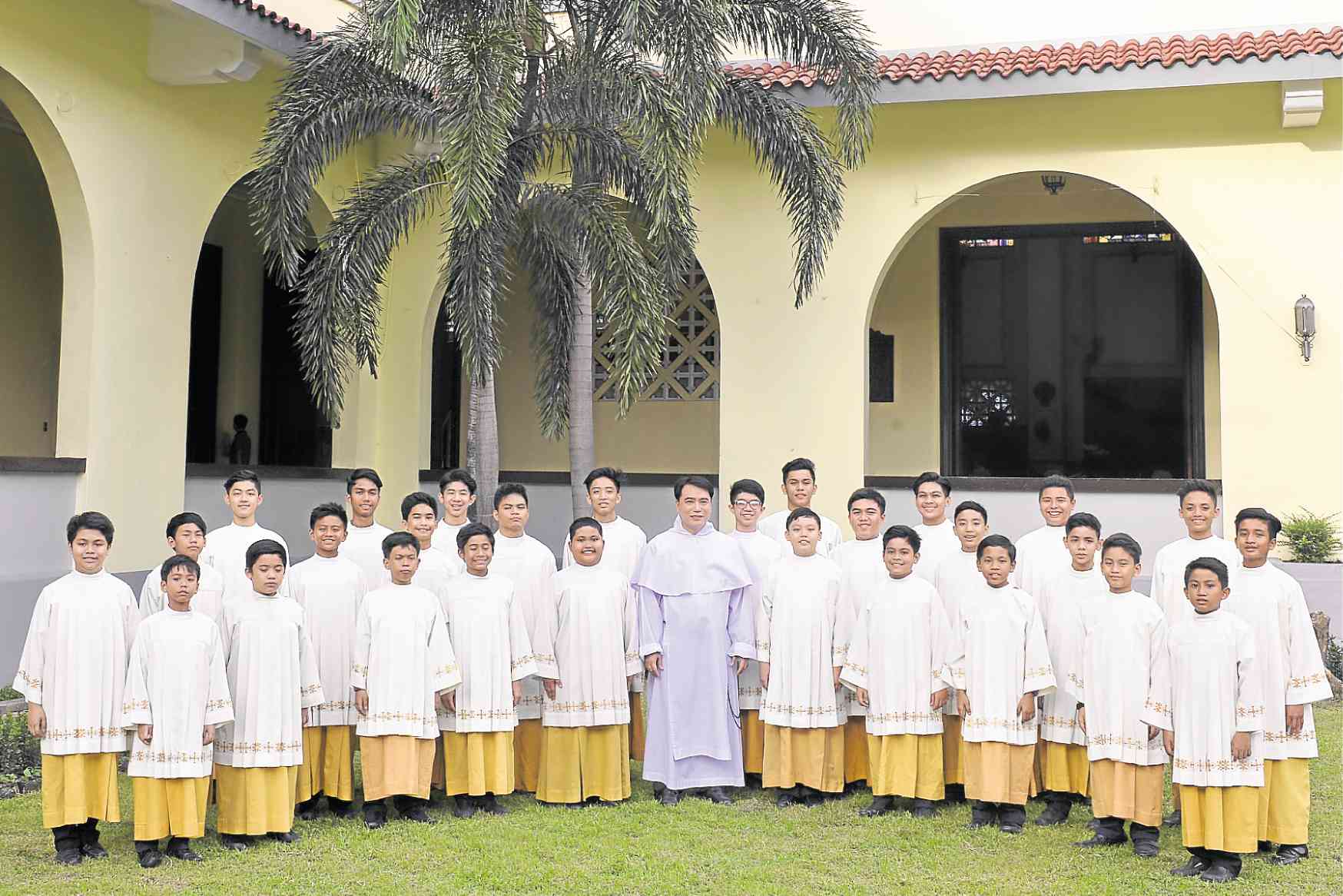 The Tiples de Santo, the oldest church-based boys’ choir in the Philippines, will hold the grand Christmas concert, “Papuri,” on Dec. 7, 7:30 p.m., at the Philippine International Convention Center’s Plenary Hall.

The concert is produced by Our Lady of the Rosary La Naval Foundation Inc., with Vic Alcuaz as line producer. Proceeds from the concert will go to the educational assistance program of the Tiples and charity work of Santo Domingo Church, Delos Santos said.
All-Philippine repertoire

The 32-strong Tiples will sing both sacred and secular songs. They will also render an all-Philippine Christmas repertoire.
Sunico will play “The Warsaw Piano Concerto,” with the UST Symphony Orchestra.

A Tiple himself who sang for six years during the incumbency of the noted boys’ choir trainor, the late Engracio Tempongco, Delos Santos said that the Tiples, all through the years, has maintained the “angelic sheen,” that has characterized its vocal output, and had been raved at through the years. Delos Santos was maestro Tempongco’s associate conductor for eight years, from 1986 to 1994, until he left for his Doctor of Musical Arts in Vocal Performance study at the Elizabeth University in Hiroshima, Japan.

From 2002 to the present, Delos Santos has resumed training and conducting the Tiples, which has carried on the tradition of glorious singing.

At the grand finale, ex-Tiples will join the Tiples in singing their signature song, “Maligayang Bati Panginoon.”

This will be capped with the rendition of the famous hymn- all devotees of “La Naval” are familiar with—“Despedida a la Virgen,” before her sacred image that will be prominently displayed. —CONTRIBUTED