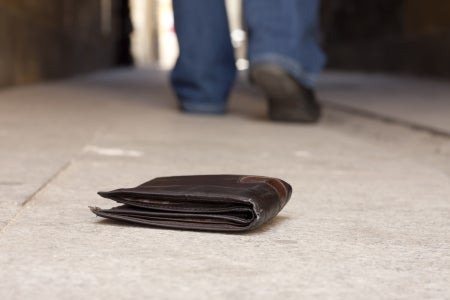 One man in Pennsylvania did not expect he would get his wallet back, four years after he lost it.

Jon Anson recalled that after taking a ride at a roller coaster at Hersheypark, he noticed that he lost his wallet, WHTM-TV reported on Monday, Dec. 3. Since Anson lost his wallet, it has become a tradition in his family to look for it.

“It has become our running family joke,” Anson’s wife Jen said. “We don’t go to Hersheypark and don’t mention the missing wallet.”

However, his kids really take effort in finding it. His 8-year-old daughter Katie said, “So I would actually look in the river and in the bushes.”

Four years after losing it, Anson said he “just laughed out loud” when he got a call that informed him his wallet has actually been found.

When Anson got his wallet back, everything was still there: his credit cards, Hersheypark passes and even some gift cards. “All the credit cards were moldy and green,” Katie said.

But not everyone was happy that the wallet was back. “I’m pretty disappointed,” Anson’s 6-year-old son Matthew expressed. “Now we can’t do the funny story where they say, ‘kids look for my wallet in the bushes’ and that stuff.”

Still, the family is happy Anson got his wallet back after so long.

“It restores your faith in humanity a little bit that things will be found,” Jen said. “[T’hat people will turn something in and someone will follow through with their job and call you.” Katrina Hallare/JB