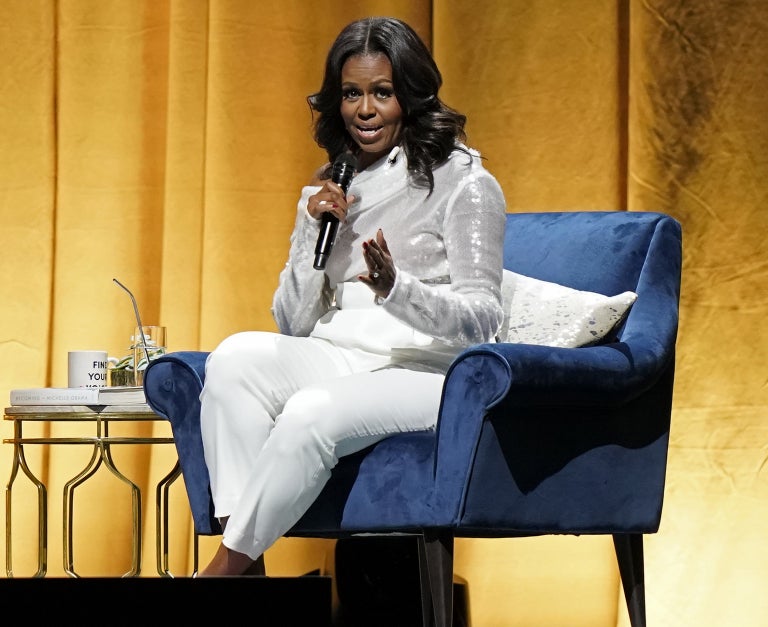 Former US first lady Michelle Obama speaks at the opening of her multi-city book tour at the United Center in Chicago. Image: JIM YOUNG / AFP

Michelle Obama on Monday returned to a London school she had visited as U.S. first lady encouraging students to “practice sisterhood” as she presented a new memoir of her life.

Obama is in the British capital to promote her hotly-anticipated book, “Becoming”, which has already sold more copies than any other book published in the United States this year.

She told some 300 students — mostly girls aged between 11 and 18 — at a north London school that her past visit there as first lady in 2009 had inspired her to work for better education.

“I was moved, touched and inspired as I always am by young people I meet around the world,” said the 54-year-old mother of two and first African American first lady.

“You reminded me of me, all the fears, the challenges you face. You guys gave me a sense of comfort.”

Obama confessed to facing numerous hurdles and confronting teachers who “underestimated me at every step”.

“I was told: ‘I don’t think you are Princeton material’. My dreams were too high.”

But Obama graduated from the select Ivy League university and went on to Harvard Law School before joining a Chicago law firm where she met her future husband and president Barack Obama.

She urged the London students to find strength in each other as they overcome their own doubters and naysayers.

“Practice that kind of sisterhood,” Michelle Obama said. “There are enough obstacles around.”

The students seemed a bit amazed that such a famous speaker came to their school.

“It did not really sink in that it was her,” 11-year-old Emma said.