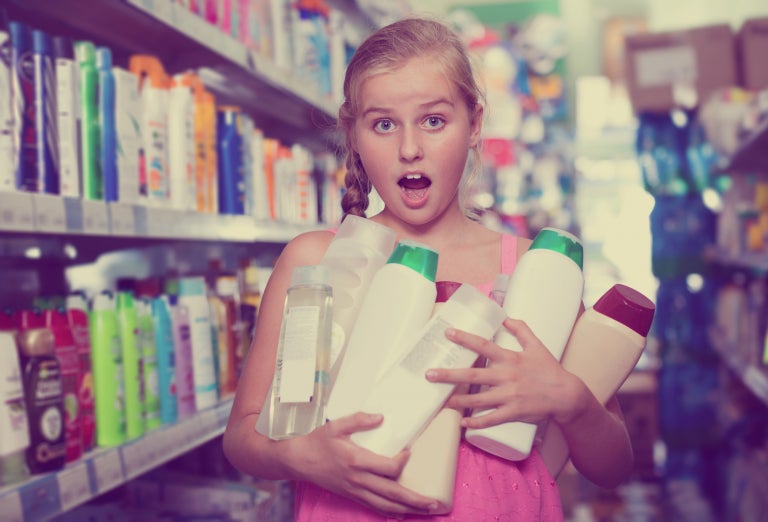 A new American study has highlighted a link between chemicals in personal care products and early puberty.

The study conducted by researchers at the University of California, Berkeley, and published in the journal Human Reproduction, shows an association between phthalates, parabens and phenols and precocious puberty in girls.

Phthalates are used as fixing agents in scented products like deodorants and perfumes, and to prevent cracking in nail polish. They are also common in plastic packaging. Parabens are a family of compounds that are widely used as preservatives. Meanwhile, phenols, notably triclosan and benzophenone, are used to enhance the durability of some products and as antimicrobial agents.

This latest research shows that girls prenatally exposed to these compounds are more likely to experience earlier puberty, and this risk is particularly high for the daughters of mothers exposed to diethyl phthalate and parabens.

Starting with the observation that girls are experiencing pubertal onset at progressively younger ages, study leader Professor Harley and her team analyzed data from 338 mothers and their children who were monitored from birth to adolescence.

The mothers were first interviewed during pregnancy, which was also when their urine was first tested. This data was then correlated with data on the levels of development of their children between the ages of 9 and 13.

Previous research on rats has shown that phenols, parabens and phthalates are endocrine disruptors that can negatively affect the functioning of hormones in the body. This study further highlights the potential impact that these chemicals can have on the natural development of children. JB