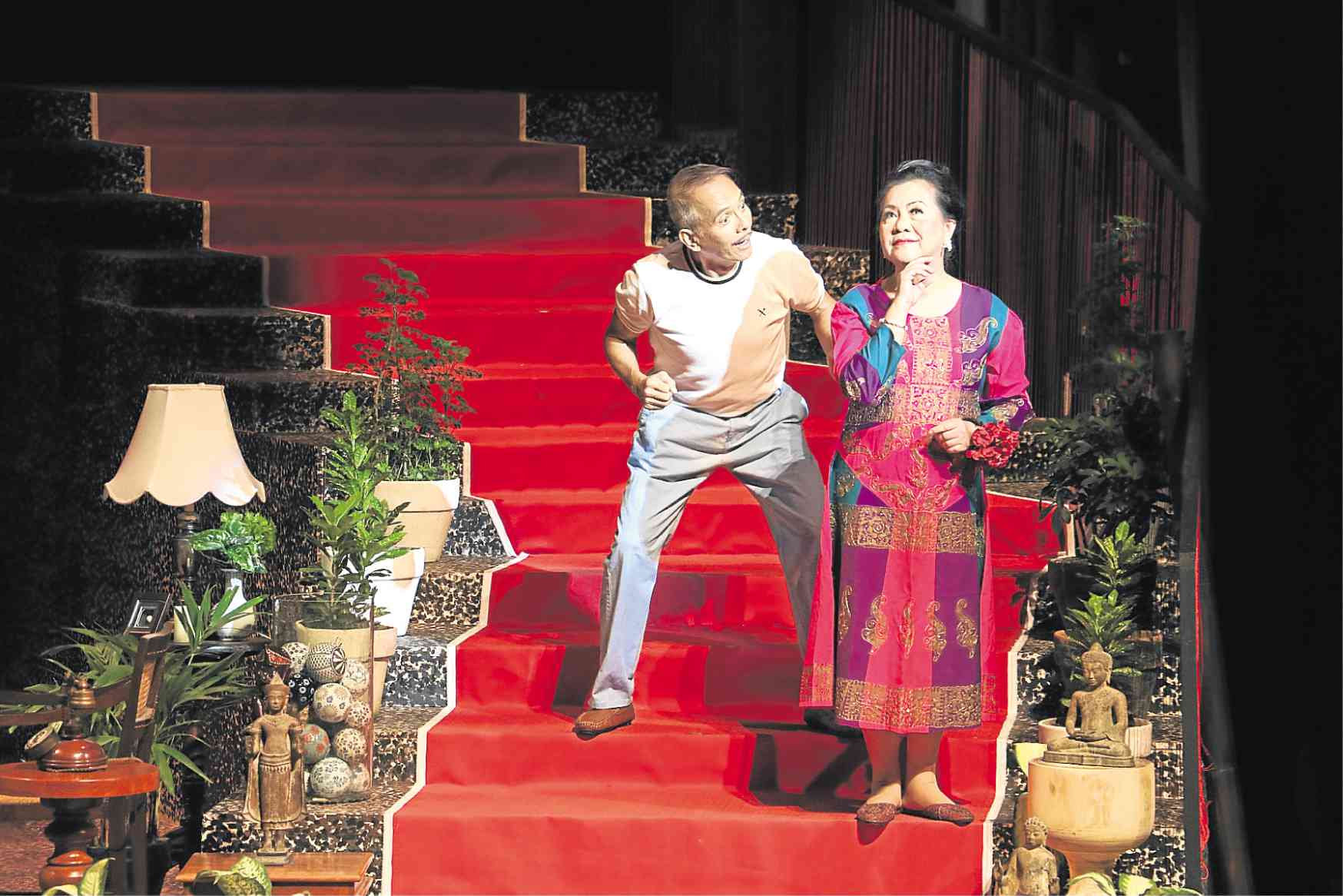 That relentless, thunderous crash you might have heard at the College of St. Benilde (CSB) Theater was the sound of the fourth wall being pummeled, then flimsily fixed, then pummeled again—in a vicious cycle that lasted almost three hours—in the mind-numbing production of Nonon Padilla’s “Larawan ng Pilipino Bilang Artist(a),” which ended its two-week existence Dec. 1.

To be fair to the production, which, with the exception of Padilla and some guest actors, was powered by students of the CSB Theater Arts program, the material itself was already a slog.

The wearying fourth-wall breaking was merely symptomatic of this play’s need to talk and talk and talk—to explain to unnecessary lengths what should have already been visible to the viewer; to use dialogue as excuse for tedious exposition; in a couple of cases, to even attempt something that must have been this play’s idea of metaphorical profundity.

This unauthorized sequel to the Nick Joaquin classic “Portrait of the Artist as Filipino” was supposed to be a parody.

Now, Padilla transported them to mid-1970s Forbes Park, after 30 years in New York, and with martial law in full swing.

But if the comedy was already weak on paper—one too many in-jokes floundered, and there’s even a superficial jab at Joaquin’s “The Woman Who Had Two Navels”—it’s almost lost in the hands of this production.

Despite the best efforts of veterans like Bembol Roco and Sherry Lara, the cast resembled a herd with the shepherd gone Awol, so that one couldn’t help wonder whether or not any serious, conscientious direction was part of the process at all.

There was no sense of day or night, of logical time and concrete place, of narrative flow significant enough to warrant the play’s length. What happened, happened. What’s onstage, was onstage.

And this story—this production—unfolded simply because it could, and it felt it must, and the audience had no choice but to go along with it. —CONTRIBUTED