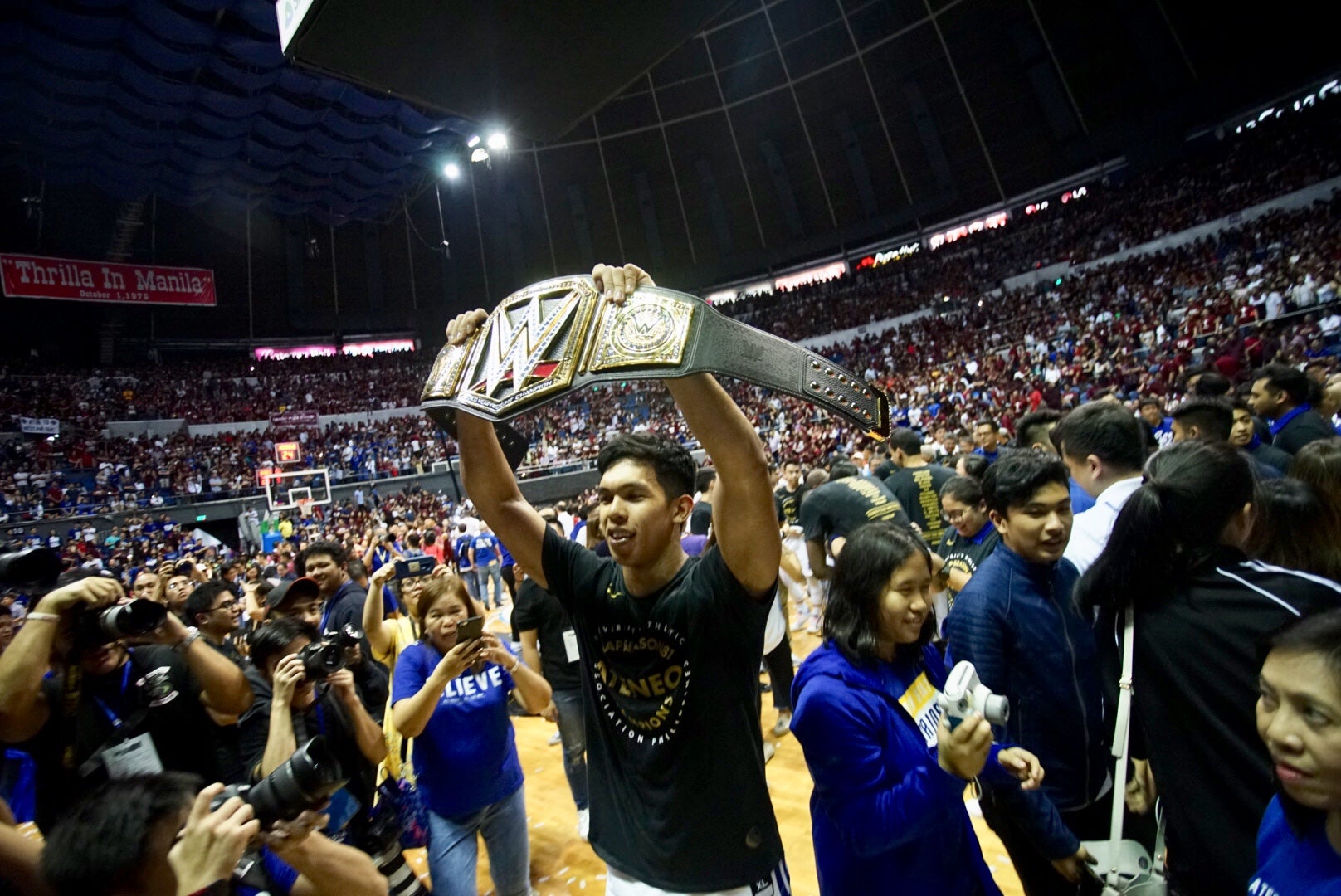 ‘Battle of Katipunan’: Scenes from the Ateneo-UP UAAP Finals series

Game 1 was an even match through three quarters, with Ateneo eventually pulling away in the fourth to seal the victory.

Game 2 ended in a blowout, solidifying the Blue Eagles as the kings of the hill for the second straight year.

But during both games, there was an ongoing battle in the stands as well. Fans of both teams exchanged battle cries nonstop for more than two hours.

Here are some scenes from the “Battle of Katipunan”: