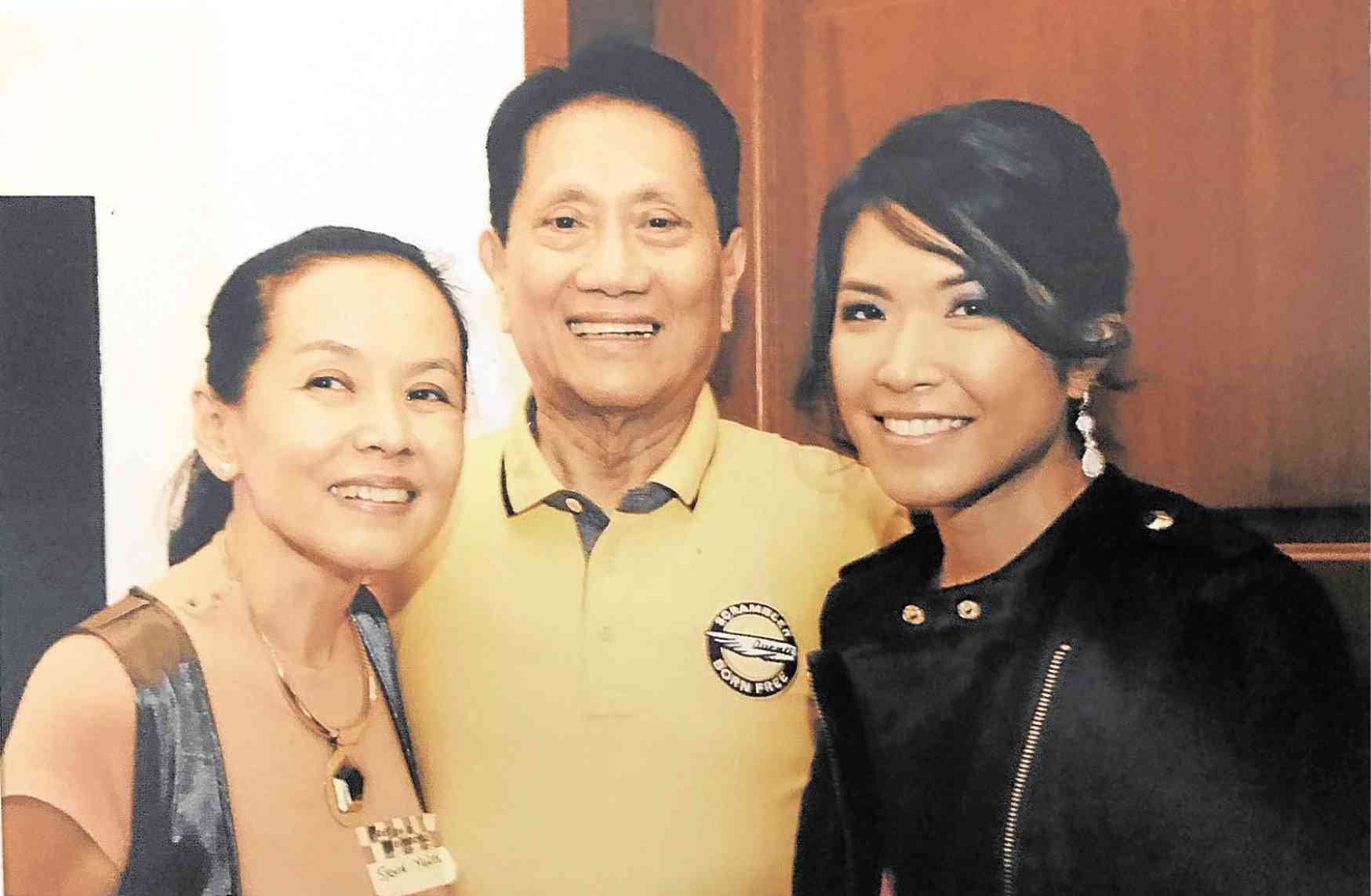 An old dad’s memories before his daughter leaves home.

(I’m taking a break from my socially relevant, civic-oriented and senior-helpful articles to dwell on my thoughts and feelings before my youngest child walks down the aisle with the man she has chosen as partner for life.)

Whenever people ask me, “How many children do you have?” I answer, “Five.”

The inevitable next question follows—“How many boys and how many girls?” I answer nonchalantly, “Three girls and two daughters.”

I am blessed with five lovely and lovable daughters, and this clever but truthful answer always elicits a good laugh.

Like any father, I had hoped for a son with every new birth, but on hindsight, I’m quite happy to have my five girls.

By the time this piece comes out, Bianca’s despedida de soltera would be over, and the next event would be her wedding.

Having given away her next older sister a long time ago, I thought I would be used to the whole routine by now.

Not really. The usual parent concerns come up again. Are the two mentally and emotionally prepared to leave the single life? Do they already know each other well enough, and are they flexible enough to make adjustments in case of surprises? And so on.

These normal concerns aside, I don’t know if other fathers experience what I pleasantly experience.

In the months and weeks before the wedding, special memories of our child’s life with us, her parents, come flowing back to my consciousness with surprising clarity. Most are from her childhood, and they elicit mixed feelings of nostalgia, warmth, and a tinge of fond regret that they will not happen again.

On the day she was born, after fidgeting for hours in the waiting area and seeing new-born babies carried out of the delivery room and shown to their fathers, I was the only one left.

Finally, at around noon a lady doctor with a small bundle in her arms came up to me and happily announced, “Sir, here’s your baby.”

Because I had been sleepless and I saw a dark-looking baby who didn’t look at all like her mother or me, I impulsively blurted out, “Aren’t there any more inside?” which I immediately regretted.

The doctor said, “Sir, this baby is the last one, and she is yours.” I was very mortified.

Since I was already an “old” dad when Bianca was born, I vowed to myself that I would take her along on all my business trips abroad.

Her first trip was to Hong Kong, with her mother and me, when she was a two-year-old toddler.

Carrying her as we walked around the busy city, I noticed her keenly observing the people on the street. After a while, she secretively whispered in my ear, “Dad, why are there so many Chinese in this place?” Laughing inside, I told her, “Hija, this is their country. We are only visitors here.” (Ironically, today I’m hoping I’ll never have to say that about the Philippines!)

Perhaps because she’s seen me often writing poems since she was a toddler, one week before her seventh birthday she proudly presented to me 30 of her own poems, which she said she had been writing since she was five.

Reading them, I was amazed at how a six-year-old could write so fluently in a poetic way (I wrote my first poem at 13). She titled her collection “Love on the Doorstep,” and I promptly had it printed on a computer, filled with colored digital illustrations, and bound it into an attractive folder.

She gave away copies of her “book” during her seventh birthday, and the parents of her friends could hardly believe she wrote all those poems.

the river that flows/ is like a song in the air/ the splashing of the sea/ is like laughter everywhere.

One day, when she bought a new fish for her aquarium (one big fish kept eating the smaller fish), she posted a sign on it saying: “New fish in the aquarium. Friend or food?”

Because of her love for all kinds of animals, I thought she would become a vegetarian even before her teens.

During a formal dinner I hosted in a five-star hotel abroad, the tuxedoed waiter asked my eight-year-old daughter, “Would you like some chicken, mademoiselle?” She promptly replied, “Oh no, chickens are my friends!” “What about some fish?” “Oh no, fish are my friends, too!”

Keeping his composure, the amused waiter said, “Very well, mademoiselle, I will not serve you any of your friends.”

She was served a plate of spaghetti with vegetables in tomato sauce, and she beamed happily.

Recently, she came home carrying a scraggly, half-starved gray kitten. She told me excitedly that while driving home, she almost ran over a small dark object on the road. Stopping and looking under the car, she saw a scared kitten between the wheels.

Today, Cooper is all grown up and is part of our household.

Bianca used to spring thoughtful surprises on her mom and me during her teen years.

I woke up one day and there on my bedside table was a hand-drawn Father’s Day message. I walked to the bathroom and another greeting was pasted on the bathroom mirror. And of all things, as I unrolled the toilet paper beside the toilet seat, there was another hand-drawn roll-out message!

It led me to the garden, and there, all laid out was a sumptuous breakfast she had prepared, complete with an itemized menu.

Today, my youngest daughter has transformed from a baby duckling into a lovely swan (not exactly white as her name implies, because Bianca is a proud morena).

Growing up, she imagined herself, at one time or another, as one of the many Disney princesses she idolized—Snow White, Cinderella, Belle, Jasmine, Pocahontas, Ariel, Mulan.

If I am asked which of them she most resembles, I would say all of them—simply because I want her to treasure always that sense of “magic” in her life, which all of these fairy tale heroines have in common.

My Disney-princess daughter believes she has found her prince, himself a multifaceted person of many talents and interests. They have chosen each other to spend the rest of their lives together.

Despite the many unknowns and challenges of married life, I hope they will “live happily ever after”—every father’s fondest wish. —CONTRIBUTED